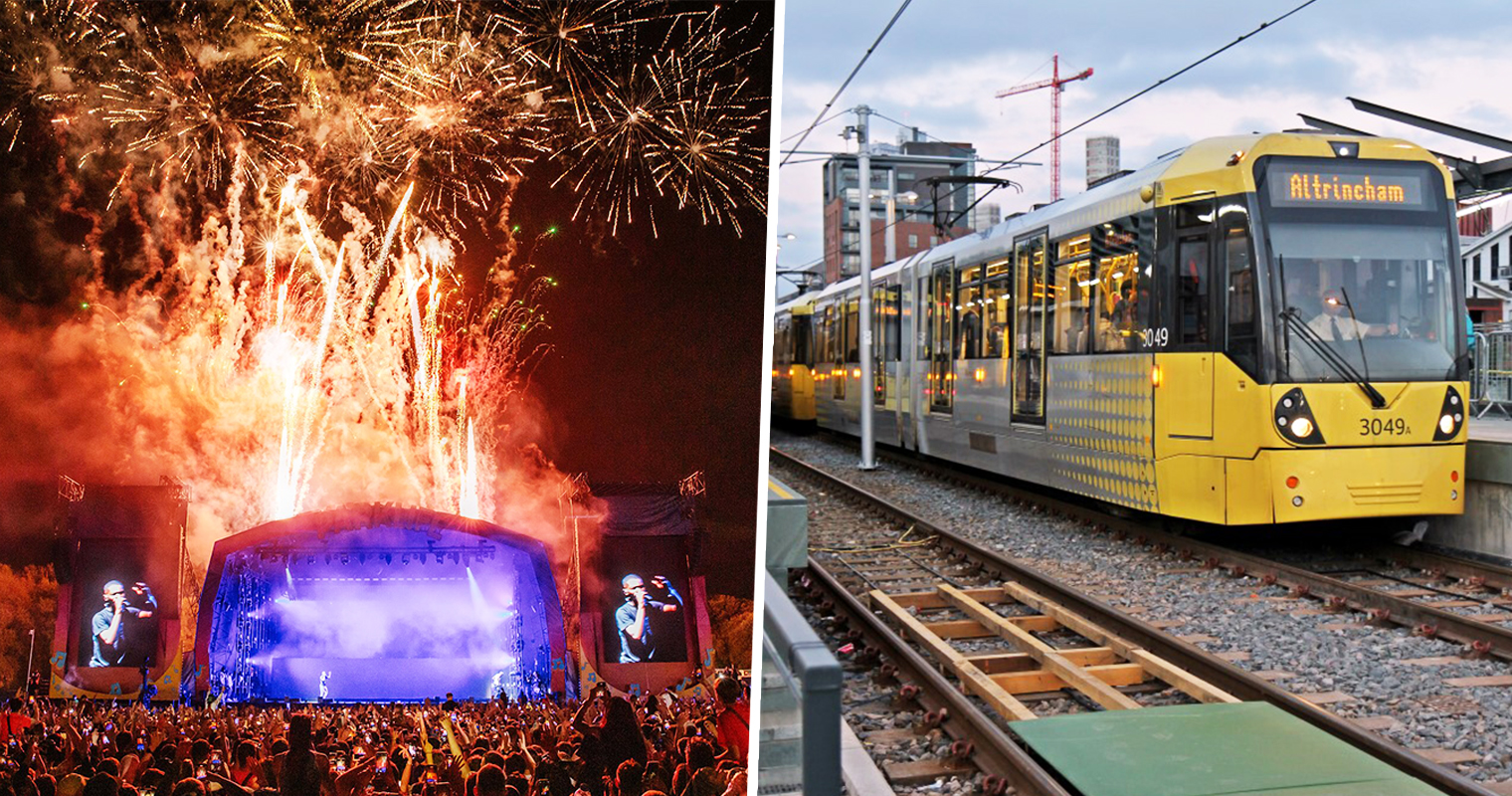 Manchester is gearing up for its busiest weekend of the year, with a bumper few days’ worth of events looming.

Around 300,000 people will descend on gig venues and festival sites across the city this weekend, as some of the world’s biggest artists perform on our home turf.

At the Etihad Stadium, Ed Sheeran will be performing four shows in a row, while American rockers The Killers take over the enormous Emirates Old Trafford Cricket Ground.

Then the AO Arena will host superstar Alicia Keys on Saturday, and Heaton Park will once again be taken over by Parklife festival.

TfGM has urged people to plan their journeys to and from concerts well in advance, as transport links throughout Greater Manchester will be extremely busy.

Commuters are being encouraged to avoid Great Ancoats Street and the Mancunian Way after 3pm on both Thursday and Friday, when the crowds will start to head towards the Ed Sheeran gigs.

The Metrolink is also expected to be very busy on the Bury line – TfGM says that more than half of Parklife attendees use public transport to get to the festival site and back each day, and although a lot will opt for the dedicated shuttle bus service, many will pile onto the trams.

People should avoid travelling in the Bury direction towards Heaton Park between 10am and 3pm, and then back the other way after 9pm, on Saturday and Sunday to dodge the pre- and post-festival rush.

Trams on the Altrincham line, which services Emirate Old Trafford Cricket Ground, are also expected to be busy on Saturday from 5pm.

Those with tickets for The Killers are encouraged to also use Firswood and Wharfside tram stops (on the East Didsbury/Airport line and Trafford Park line respectively) and walk the short extra distance to the venue.

If you’re heading to one of these massive events this weekend, you’re urged to plan ahead, allow plenty of time, check the last tram and train times, and have a back-up plan in case of any disruption.

Transport for Greater Manchester (TfGM) says it’s working with operators and partner agencies to boost services as much as possible.

That will include extended running hours and extra double trams on the Bury and Altrincham lines.

Read more: Parklife 2022 – line-up, tickets, dates, and all the information you need for Manchester’s biggest party

The latest travel guidance for each of the events can be found on bespoke customer information pages on the TfGM website.

Sacha Lord, co-founder of Parklife and Greater Manchester’s Night Time Economy Adviser, said: “This is an incredible few days for Greater Manchester as we welcome some of the world’s biggest acts back to our city-region.

“We’ve all been waiting for these moments for some time, and we are expecting the region to be incredibly busy. I would encourage everyone attending events to plan their travels – both to and from concerts – in advance.

“Although the evenings are lighter, I would always urge caution if walking home, and encourage fans to check last tram and bus times. Please stay vigilant and help keep each other safe.”

Superintendent Andy Sidebotham, GMP’s gold commander for this weekend’s events, said: “This weekend will see thousands of people visiting and staying in the centre for what will be a busy weekend for all emergency services and our partners across the region.

“We want everyone to have a safe and enjoyable weekend and music-goers should expect to see police officers on the ground in and around the events and will be on hand to help anyone who needs it. We’ve been working alongside partners for months for these events and our main aim is as always, to keep everyone safe.

“Those planning to visit or live nearby are asked to be patient when travelling to and from the events as there will no doubt be an increased amount of traffic. Public transport is expected to be very busy and we would ask that people follow the messages and advice from our colleagues at TfGM, and that those attending plan their journeys accordingly.

“As always, we’re thrilled to welcome thousands back to the city centre and hope that everyone attending the concerts and Parklife festival this weekend have a safe and good weekend.”

Stephen Rhodes, Customer Director at TfGM, added: “With extremely high and potentially record numbers of people expected to be travelling on the network this week, I’m appealing to all our passengers to take extra care when using the network and to look out for your friends and other people around you.

“I would strongly encourage anyone travelling by bus, tram or train during the coming weekend to use contactless payments where possible in order to help keep queues moving. When paying by contactless on Metrolink, please remember to touch-in and touch-out with the same device on the smart readers at the start and end of each journey, and Metrolink will work out the best fare for you.

“We are constantly updating the customer information available on our website and across our social media channels to help people make informed journey choices; to save them time and avoid disruption to their journey.”

TfGM’s travel safety tips for this weekend in Manchester