Looking to fill up your diaries and support the region’s arts and culture venues over the next couple of months? Here are some of the top events happening in Manchester.

Manchester is a city with so much to be proud of – and our renowned arts and culture venues are no different.

Now that the county’s so-called ‘Freedom Day’ has brought with it the most significant lifting of restrictions since the COVID-19 pandemic first began – with changes to mask wearing, social distancing, and mass gathering – some much-needed normality has been restored for our arts and culture sector.

From museums and art galleries, to theatres, pop-up festivals, music venues and comedy clubs, there’s so many venues throughout our region that are now thriving and in full swing, and to show our support for these venues, we’ve rounded up 10 of the best events happening this summer.

So if you’re looking to fill up your diaries over the next couple of months, here’s our pick of the bunch, in no particular order.

Beat the Frog is the legendary amateur comedy night that takes place every Monday at Manchester’s iconic Frog and Bucket Comedy Club, and has helped to launch the careers of some of comedy’s biggest names – including Peter Kay, John Bishop, Johnny Vegas, Smug Roberts, and more.

At the start of the competition, three cards are handed out to lucky members of the audience, and up to 10 acts will then take to the stage and each try to do five minutes of material. If within those five minutes all three cards go up, then the act has lost and must leave the stage – but if the three cards stay down, that act has successfully ‘Beat The Frog’.

They are then invited back to the stage for a clap off at the end of the night – which will determine the overall winner.

It’s been named the “most unpredictable comedy night in the north”.

3. At Home With The Pankhurst Family

A new permanent exhibition titled has been unveiled at the Pankhurst Centre for the summer to coincide with the grand reopening of the venue.

Having been temporarily closed since the first lockdown was announced all the way back in March 2020, the museum and birthplace of the Suffragette movement has begun the process of welcoming the Greater Manchester public back through its doors for “a brand new visitor experience”.

Local community groups will be given a four-week preview of the new exhibition – titled At Home With The Pankhurst Family – before it opens to the wider public later in August.

Entry to the museum is free, with a suggested donation of £5.

The weekly event is said to “shine like a beacon of hope into our community, social lives and calendar.”

From 5pm – 7pm every weekday evening, The Bruntwood Stage hosts a stellar array of talent old and new from Greater Manchester’s homegrown, rich, diverse, and musical heritage – including the brightest stars from the club, alternative, pop, RnB, soul, and electronic arenas.

You can find more information about the acts on the weekly lineups, and book your tickets here.

If you’re looking for somewhere that’s packed with interactive activities, the National Football Museum is the perfect place to grab your squad and head on down to.

The iconic Cathedral Gardens-based venue has announced a number of exclusive new exhibitions, galleries and objects for the summer, including the stand-out English Football Hall of Fame – which is the first time the museum has put on a full-scale exhibition showcasing some of the people who’ve made an outstanding contribution to the beautiful game, both on and off the pitch.

6. The Play That Goes Wrong

Mischief Theatre’s multi award-winning international smash hit comedy The Play That Goes Wrong is returning to The Lowry following its sell-out success in 2017.

The Cornley Polytechnic Drama Society are putting on a 1920s murder mystery, but as the title suggests, everything that can go wrong… does. As the accident-prone thespians battle on against all the odds to reach their final curtain call, hilarious results ensue.

Hailed “a gut-busting hit” by the New York Times, The Play That Goes Wrong has won a host of celebrity endorsements from the likes of Joanna Lumley who said “we laughed until the tears ran down our faces”, to Ant & Dec, who branded it “the funniest show we’ve seen”.

Manchester Jewish Museum has finally reopened its doors to the public following two years of forced closure and a huge £6 million refurbishment to the original Grade II-listed Portuguese and Spanish synagogue building, and as part of its grand reopening, the museum has partnered with the Manchester International Festival (MIF) to commission a new film and art installation by Turner Prize-winning artist Laure Prouvost.

The Long Waited, Weighted, Gathering installation aims to explore the long-lost voices of Manchester’s Jewish community in Cheetham Hill by transforming the historic synagogue’s The Ladies’ Gallery an immersive space.

Prouvost has explored the museum’s extensive collection to discover the stories behind past congregants of the synagogue.

Top Secret: From Ciphers to Cybersecurity pores over a century’s worth of secret communications and intelligence in an exhibition containing over 100 objects from GCHQ and the Science Museum Group.

The exhibition includes, for the first time, objects related to Alan Turing and his team’s work intercepting German comms at Bletchley Park.

Visitors can also explore how Britain protected its skies during WWI, how codes were cracked in WWII, and the ways in which intelligence agencies foiled one of the most successful spy rings operating during the Cold War.

An exhibition of works selected by renowned artist Grayson Perry during the popular Channel 4 TV series Grayson’s Art Club is currently on display at the city’s flagship art gallery.

All the works on display are very personal visual representations of lockdown, made by the public, well-known artists, and celebrities. This celebration of creativity in people’s homes chronicled the changing moods of Britain in isolation, providing a unique record of this globally experienced extraordinary time.

“This show is a crystallisation of the feelings and obsessions of artists from all over the country,” Grayson Perry said.

Looking ahead to the autumn, MediaCityUK will host Van Gogh Alive.

Described as “the world’s most visited immersive, multi-sensory experience” that exhibits the life and work of the seminal Dutch artist, and having welcomed over eight million visitors in 70 cities around the world, the art and culture experience is now destined for Salford.

Opening from 22 October, Van Gogh Alive takes people on a trip through the periods of Van Gogh’s life that defined him as an artist – showcasing 3,000 images including iconic works like Starry Night, Sunflowers and lesser-known paintings inspired by his love of Japanese woodprints.

Not found something that takes your fancy?

There’s so much more happening across Greater Manchester this summer, and you can find out more about what’s on at 21 of the region’s arts and culture venues here. 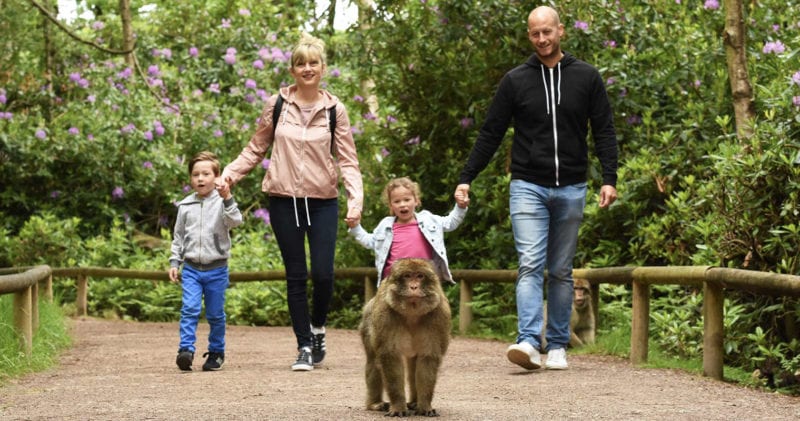 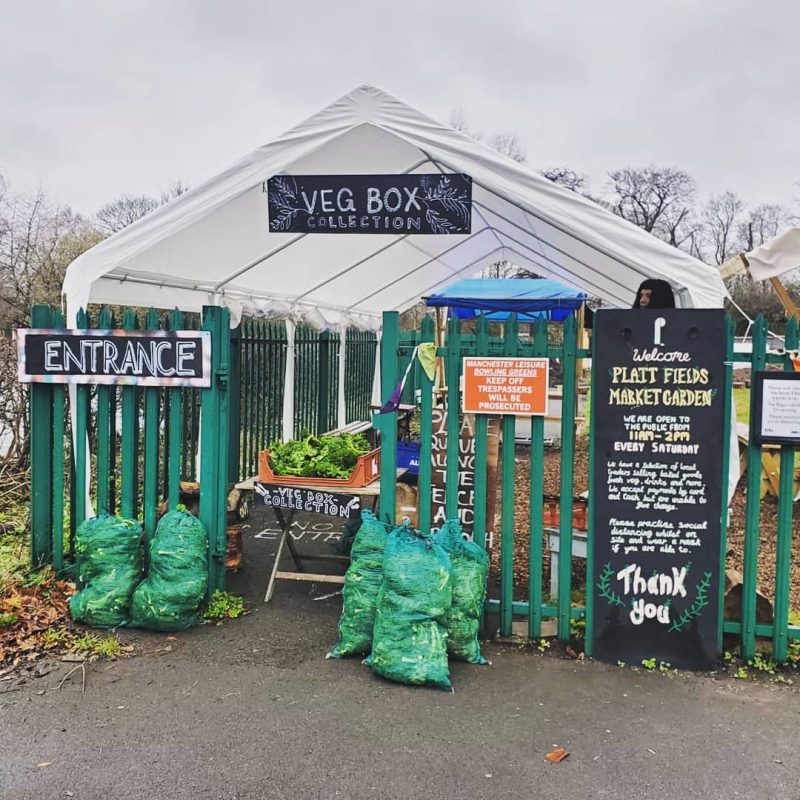 The fair will help raise funds for MUD and Eat Well MCR, both of whom work to eradicate food poverty in Manchester
byGeorgina Pellant 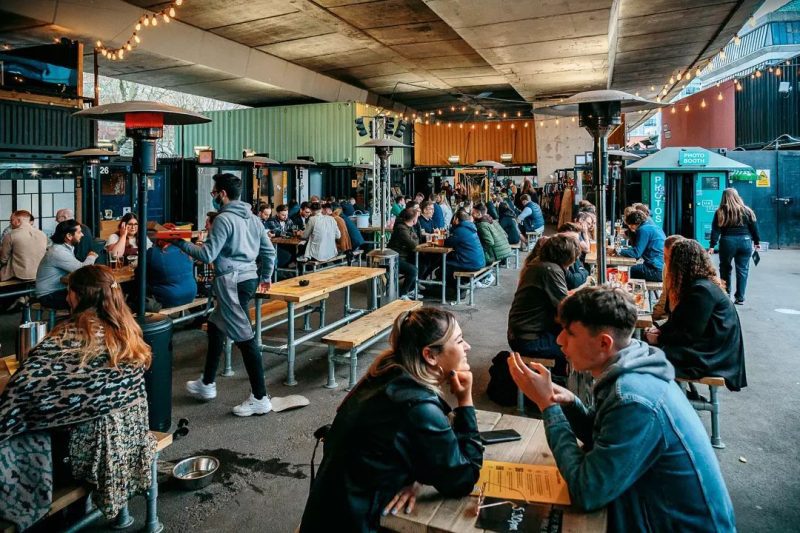 A huge German beer festival is taking over Hatch this weekend

Hatch will be transformed into an Oktoberfest-inspired  “bier hall'' for the weekend, with long tables, bunting, music, sausages, keg cracking and lots of German beer
byGeorgina Pellant 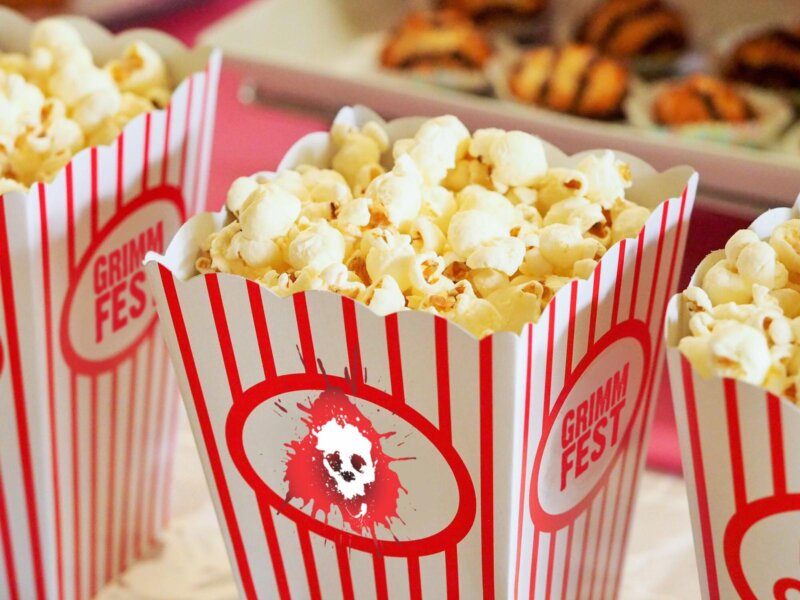 GRIMMFEST is back for its 12th year and is becoming a virtual event for the first time ever in October.
byEmily Sergeant