A foodies guide to the Manchester Arndale Market

This corner of the shopping centre has some hidden gems you really need to try.

The Manchester Arndale market has so much going on it’s easy to breeze through and miss out on its hidden culinary gems.

From fresh sashimi, big tilapia, strawberry grouper and shark, to local groceries and full butcher counters selling every cut of meat you can imagine, there’s so much to get stuck into you could eat lunch there every day for weeks without getting bored.

In this piece, we’re here to talk about its street food offering – because this corner of the shopping centre has some hidden gems you really need to try.

In recent years, the market has welcomed some of Manchester’s most exciting and talented chefs, raising the bar for some of the more long-standing traders.

The result? A real mixed bag of street food offerings that far outstrip anything you can get at the food court.

Of course, the events of the past year have brought some changes to the lineup. Favourites like Holy Crab, Blue Caribou, and Intoku are just a few to have upped sticks – but their spaces were quickly filled by some new arrivals.

Still, it’s one of the best places in the city to grab a quick and tasty lunch. Read on to get to grips with what’s what and work out what you’re trying first.

American comfort food with a global twist. If you’re missing Blue Caribou’s poutine, Smoke Shed has their own popular version, loaded with bbq pulled, house-smoked brisket, smoked onion gravy and melting lumps of mozzarella (£6.50). On the burger front, the go-to order is the buttermilk fried chicken burger, but there are plenty of others to choose from.

Opened by artist Chloe Yung and her brother, Salt and Pepper is one of the market’s most popular stalls. The pair grew up working in their grandad’s Chinese takeaway and now they’ve opened their own – with a modern twist. From chicken strips and wings to shredded beef, king prawns and tofu, everything here gets the Cantonese salt and pepper treatment. Order yours with salt and pepper chips, jasmine rice or mini flatbreads.

The go-to here has to be the fried chicken, especially if you like it saucy. SMF has taken over Blue Caribou’s old spot, dishing up boxes of fried chicken, burgers, sandwiches and chips to the masses. Chicken and waffles is the house signature, but if you’re feeling something different we like the look of their Manny cheese steak, which puts a northern spin on the Philly classic.

The clue’s in the name here: Think classic double smash patty burgers, served with a free pot of gravy for dunking. Opened by the guys behind Viet Shack, it’s a genius concept and definitely helping us get over the loss of Fusion Lab’s spectacular squid ink tacos. The OG burger is more than enough for us, but if you’re up for getting messy they get steadily bigger from hereon out.

The Bahn mi is definitely a favourite of ours here and a great quick lunch order: filled quite traditionally with BBQ meat of your choice, pickled veg, pate and sriracha. When we ask what the most popular dish is we’re hit with a barrage of suggestions. Loaded fries come out as a strong contender (‘quack’, ‘crack’ and ‘shack’ are all on the menu) closely followed in second place by noodle dishes, surf n’ turf and crackling.

With a trip to sample these Portugese custard tarts in their homeland most likely off the cards this summer, it’s good to know we’ve got our own dedicated stall in Manchester. From the team behind Federal Cafe, pastels are baked fresh here daily and start from £2. Do it right and opt for espresso to enjoy alongside.

Swan Street’s brilliant sourdough pizzeria Ciaooo also has a pasta stall in the Arndale. Build your own box from a host of options and, if you eat cheese, definitely order a burrata on top. We’d recommend checking out their deep-fried pasta sides too. Their fried ravioli and lasagne pieces are a winner.

Alongside its tubs of classic Cantonese dishes, Wings has a big selection of steamed, fried and vegetable dim sum filled with everything from char sui to custard. The go-to order here, we’re told, is “anything spicy” – so if that’s your thing, you’ll want to opt for the Wings Szechuan beef or pork.

Part bakery, part deli, Hansfords is one of the Arndale originals and in that time the offering has barely changed. In the bakery business for over a century, its counters are stuffed with pies, cakes, sausage rolls and cheese but it’s the sandwiches that have really got our attention. Opt for a Full English in a Vienna at breakfast, or try their legendary gravy-soaked carvery sandwiches for lunch.

There’s usually a queue here but it’s well worth waiting as everything is cooked to order. A strong contender for Manchester’s favourite Arndale food stall, Hong Thai does delicious food at very generous portions. There’s a good selection of Thai curries on the ever-changing menu, alongside stir frys, Thai salads, and grilled specials like osaka teriyaki chicken served with rice. A must visit.

The home of Afro-Carribbean meals in the Arndale, Onje was reportedly a favourite of former Manchester United player Odion Ighalo during his time at the club. Serving up fried chicken and fish, jerk chicken, curry goat and beef stew alongside jollof rice, patties, plantain, coleslaw and moinmoin, if you steer clear of the more expensive specials you’re looking at paying about £5 here for a very filling meal.

These Greek veterans of the food court have been around forever and do all the classics. Think wraps, gyros, stifado, salads and stuffed vine leaves, all turned around in a speedy enough window so you’re served before you can say tzatziki. There’s also a good selection of traditional mains like keftedes and lamb lentils on offer here. Gyro pittas start at £5.

This stall does it all: pizzas, wraps, stew, fish and rice. There are big shouty signs plastered on the counters, advertising lunch deals like rice with chicken leg stew and any 8″ pizza with fries for £5.50. Whilst we’re queueing, we notice one of the other stall holders asks their customer to move whilst he’s waiting because apparently the guys get cross if their signs get knocked. You’ve been warned.

This little stall is easy to overlook, but it’s worth paying a visit. Much like the stall itself, the menu here is also small but mighty. The counter here is loaded with giant golden fried pakoras and samosas, which can be ordered on their own or in a wrap.

Wraps cost between £2-3 pounds each, making this a tasty, filing option on a budget.

Market Point is another stall trying to do it all. Our top pick would probably be the piri piri wings (£5.90), but if you’re a kebab fan they’ve also got a selection of kobides and sharwarmas here.

At Cafe Greco the baguettes do look a bit pasty, but they’re very reasonably priced – starting at just £3 for a cheese and tomato sub. More exciting filling options include bolognese, meatballs and fried chicken. Make sure to get it toasted.

A favourite with Arndale food market’s more mature drinkers, you’ll find 2 German beers, 2 Belgian and two Beavertown keg ales constantly on draught here – alongside over 100 bottles and cans in the fridges. They’ve also just added cider on draught, with a choice of six now available. Bottles and cans can also be bought to take away.

The new, cool younger brother to Micro Bar, Can It is owned by the same team but sits on the other side of the food market near to Hong Thai. Packed with colourful cans of craft beer and with some beautiful selections on draught, you can sit in here and eat your meal from another food stall whilst enjoying a proper tipple. It’s very reasonably priced, too, considering the beers on offer.

Here at Kokob, Eritrean and Ethiopean food sits directly alongside Italian pastas. Think lamb, injera and vegetables. There’s also a scrambled egg dish on the menu that catches our eye. Pastas meanwhile include choices like pomodoro and funghi.

With a banner out front that proudly proclaims ‘we’re from Hong Kong’ this stall is not hard to miss, situated on the main walk through into the Arndale from High Street. Here you’ll find food and drink inspired by its owners’ travels with choices like bubble tea, milk foam tea and bubble waffles from £2.50 (cheese, chocolate or matcha) sitting side by side with £2 ice cream scoops and milkshakes.

This stall carries a little bit of everything, but it’s all about the pancakes really – as the name suggests. Think classic crepes, filled with classics like lemon and sugar or white chocolate, salted caramel and Oreo.

This little Japanese street food stall has a massive menu, filled with dishes like katsu curry, spicy karaage with rice, suki yaki and spicy yakisoba noodles. All mains comes with a free drink, too, making this a brilliant lunchtime steal with dishes starting from £5.50.

With over 40 choices on the menu here, it’s easy to feel overwhelmed – so we asked their stall handler what the most popular choices were to get an idea of what to order. The favourites here are the Mango Tango, a mixture of mango and banana topped with pineapple juice, and the energy boost with strawberries, banana and coconut milk apparently. Everything here is also squeezed fresh daily for maximum flavour. 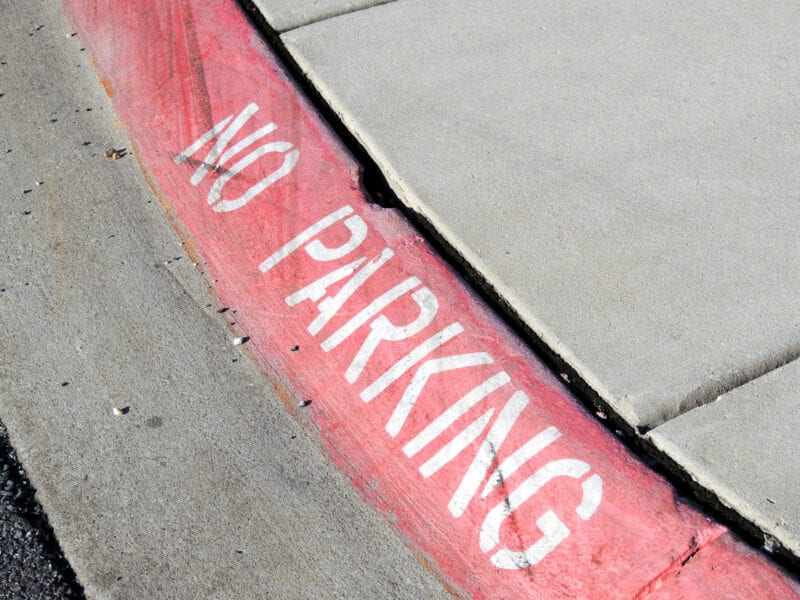 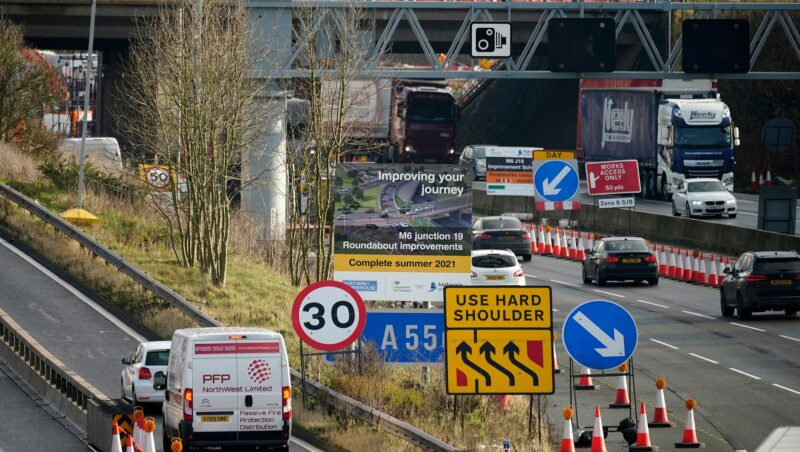 Congestion hotspots are likely to be near shopping centres close to motorways, such as the Trafford Centre.
byThe Manc 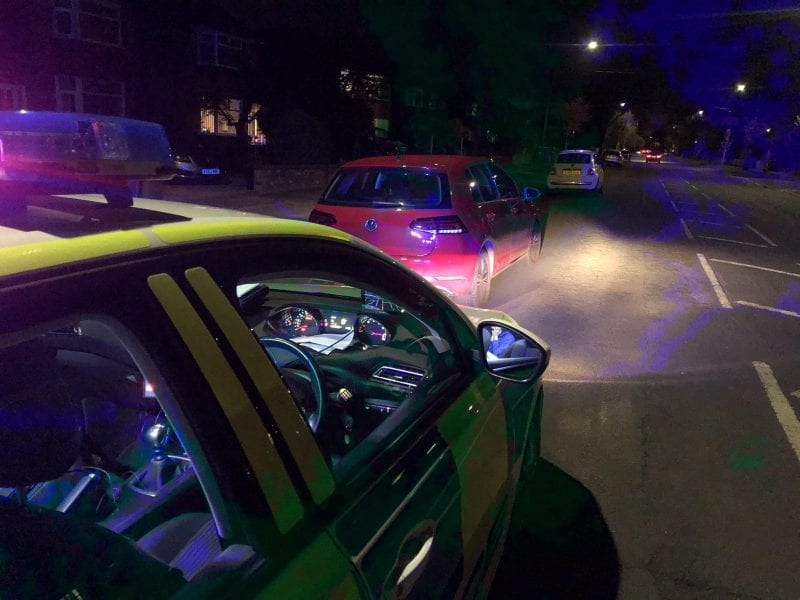 Trafford police find uninsured driver out ‘looking for the moon’

"Driver stated she was out looking for the moon, unfortunately for her she would have been better looking for an insurance policy."
byThe Manc 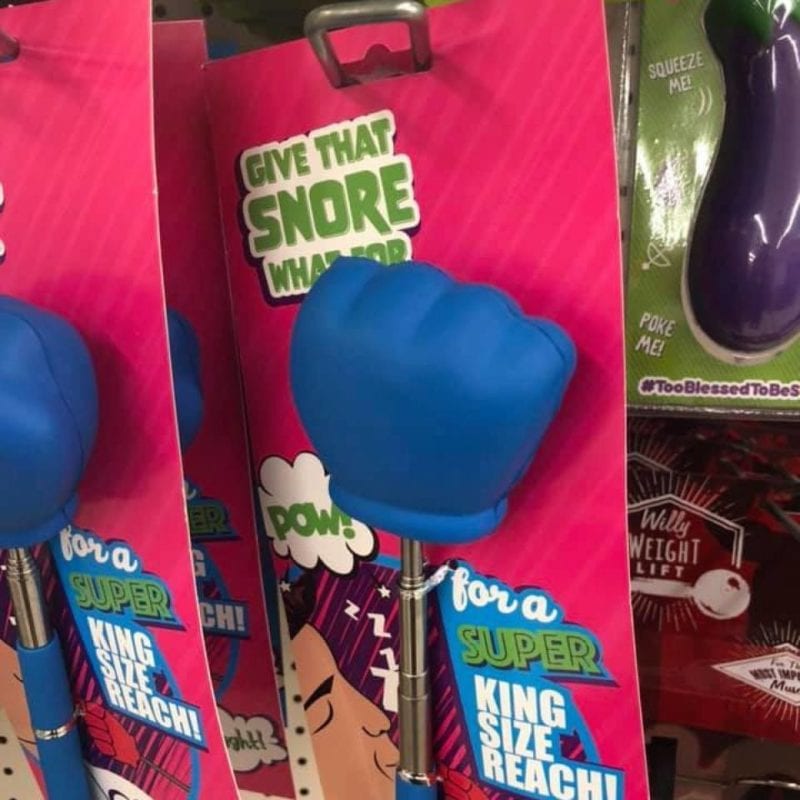