The delivery platform is giving away £10,000-worth of vegan food vouchers to boost people’s efforts to go plant-based in January.

They say they’ve timed the deal to land just after ‘Quitter’s Day’, the day of the year that people are most likely to abandon New Year’s resolutions like going vegan or giving up alcohol.

From tomorrow, Wednesday January 19, customers will be able to take £5 off their order from selected vegan restaurants.

188 different restaurants are taking part in the deal, including several here in Greater Manchester.

Takeaway favourites Go Falafel and What The Pitta are both included in the deal, alongside newcomers like JJ’s Vish and Chips and Four Side pizza.

Purezza, the award-winning plant-based pizzeria that opened in the Northern Quarter last year, is also joining in with the Ve-CAN-uary giveaway.

Deliveroo says it wants to help people through the last leg of Veganuary with its £5 credit codes.

The company has reported a 153% rise in searches for ‘vegan’ food in the app compared to the month before.

Read more: Veganuary – where to go in Manchester for top vegan food in January 2022

The £5 giveaway code can be redeemed using the code VECANUARY at the checkout.

The deal is running from January 19 until stocks last, with 2000 codes up for grabs for new and existing customers.

Greater Manchester restaurants where you can get £5 off 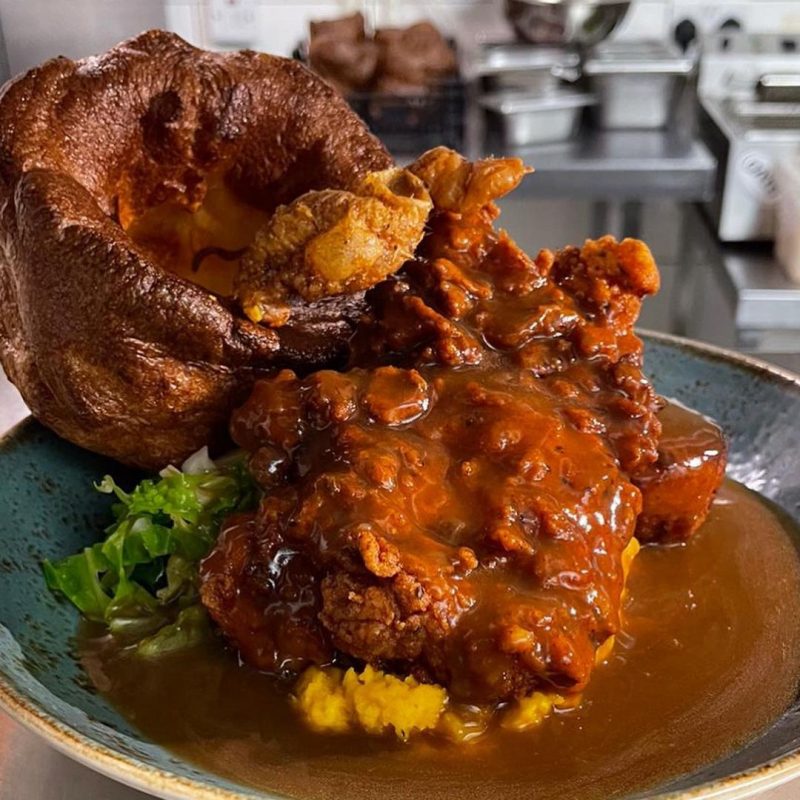 The bar for Sunday roasts in Manchester has been raised.
byGeorgina Pellant

Upset shoppers have launched a petition to try and bring back some discontinued Milky Way bars. More than…
byDaisy Jackson

One of Manchester’s most long-standing restaurants, Kosmos Taverna, has permanently closed its doors. The Greek restaurant in Fallowfield…
byDaisy Jackson

'2022 may be the year that restaurants finally crack', say Big Hospitality
byGeorgina Pellant