The Manchester United star has branded the free school meal packages being sent to some children as "not good enough". 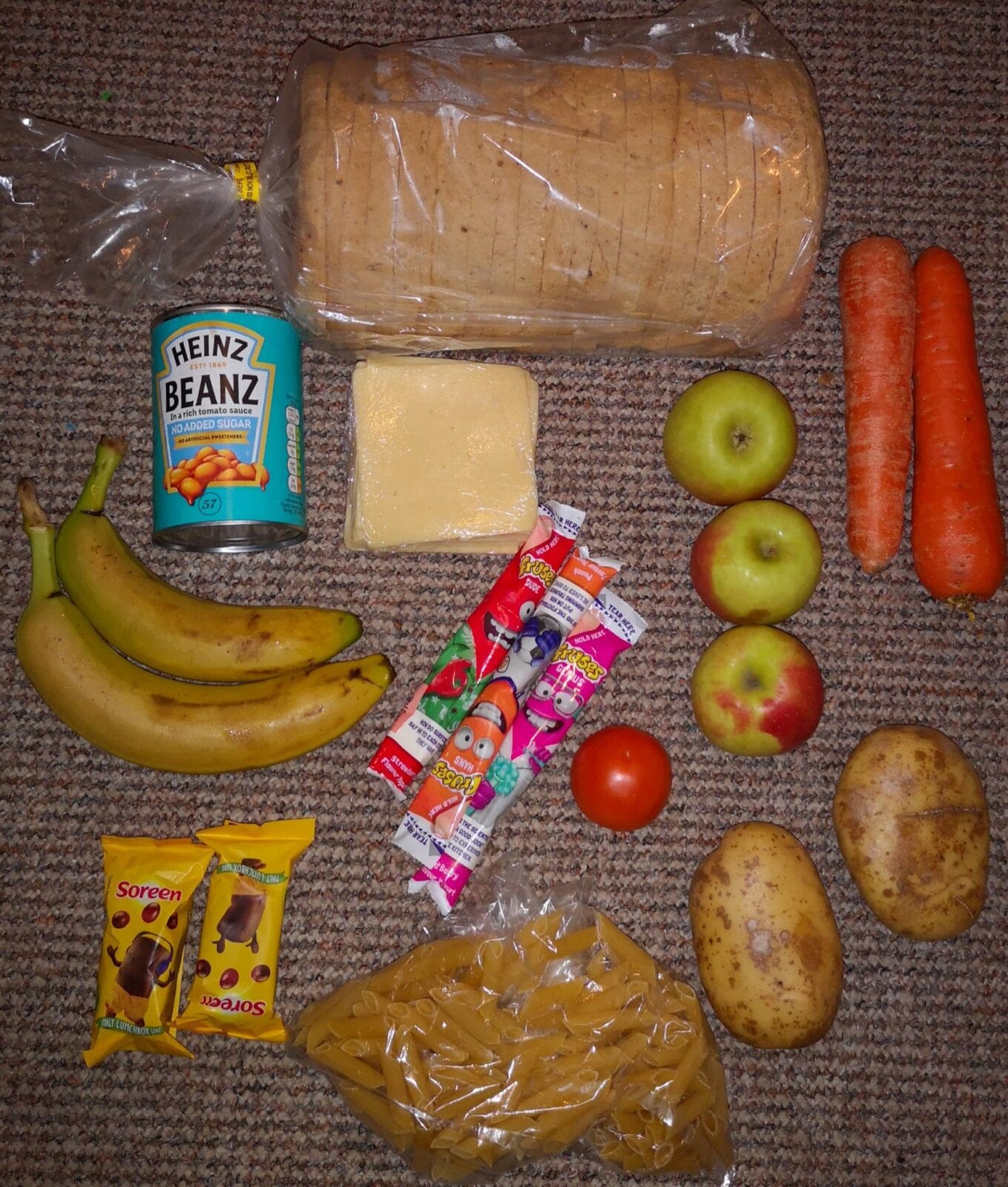 The Manchester United and England star has branded the free school meal packages being sent to some children learning from home as “not good enough” as the parcels – which have been sent to families who would normally qualify for free school meals and are now learning remotely during the national lockdown – have been criticised online by parents.

One tweet showed a package – supposedly containing £30 worth of food to last for 10 days – comprising of just a loaf of bread, some cheese, a tin of beans, two carrots, two bananas, three apples, two potatoes, a bag of pasta, three Frubes, two Soreen bars and a tomato.

When priced up by the mother herself according to ASDA prices, she found the contents of the package to be £5.22 in total.

“The private company who have the #FSM contract made good profit here.” she added in a follow-up tweet.

In response to another post – which showed similar food provisions provided to another family – the Wythenshawe-born striker and anti-poverty campaigner tweeted: “3 days of food for 1 family… Just not good enough”, and in a later tweet, he added: “Then imagine we expect the children to engage in learning from home.

“Not to mention the parents who, at times, have to teach them who probably haven’t eaten at all so their children can…

Another tweet showcasing an image of £30 worth of food side-by-side to the food parcel – believed to have been provided by food service company Chartwells – has also contributed to the wider conversation, amassing over 70K interactions and comments.

Chartwells has thus issued a response to the tweets.

The increasing debate generated around the subject has also seen a response come from the Department of Education, who confirmed they are “looking into this”.

The Department for Education said it was also investigating the matter following Rashford’s tweets, adding: “We have clear guidelines and standards for food parcels, which we expect to be followed. Parcels should be nutritious and contain a varied range of food.”

As it stands, the government guidelines for providing free school meals urge schools to work with their catering teams or food provider to provide parcels to eligible pupils who are learning from home.

The guidelines state that the packages should contain food items – as opposed to pre-prepared meals – so parents can make healthy lunches for their children, and it adds that the hampers should not rely on parents having additional ingredients at home and should cater for pupils of all diets.

Sir Keir Starmer has also responded describing the situation as “a disgrace”.

The Labour leader tweeted: “The images appearing online of woefully inadequate free school meal parcels are a disgrace. Where is the money going?

Marcus Rashford’s criticisms this week are the latest in a series of actions as part of his journey to end child food poverty in the UK.

The footballer forced the government into a U-turn in June over the provision of free school meals for children during the summer holidays, and it followed a relentless social media campaign, which helped earn him a number of prestigious accolades – including and MBE – last year.

He forced the government’s hand once again in the autumn on expanding the free school meals programme through subsequent school holidays after his second plea was initially turned down, and the package included a £170 million COVID winter grant scheme to support vulnerable families in England and an extension of the holiday activities and food programme to the Easter, summer and Christmas breaks this year.

But as Rashford says himself, the fight still isn’t over, and he will continue to “aim for an equal playing field for all in 2021”.