It comes after the plans for the scheme were referred back to the government for "urgent review". 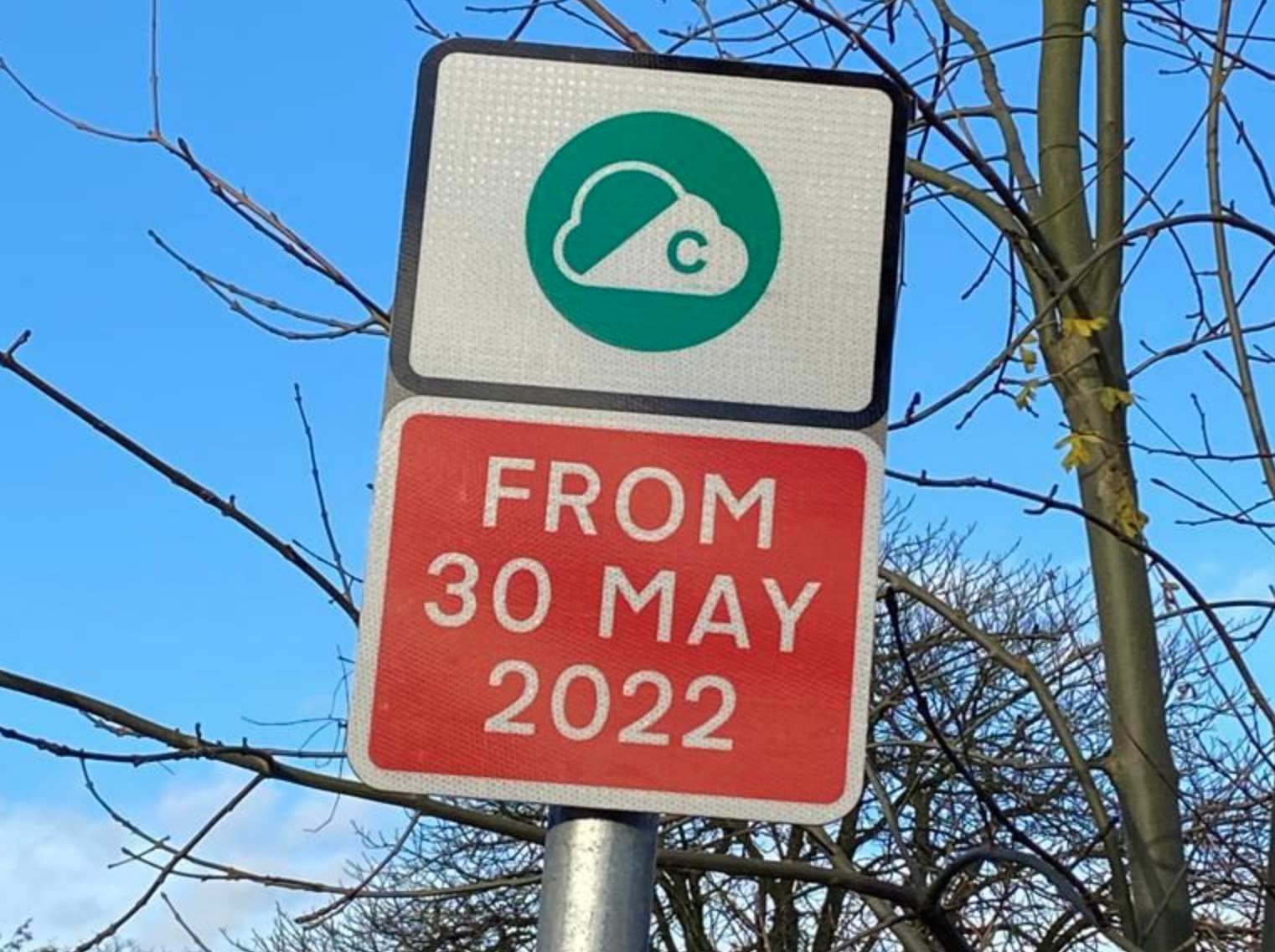 Over 1,000 signs across Greater Manchester informing motorists of the upcoming Clean Air Zone (CAZ) are to be covered with a new message.

It comes after the scheme was paused and referred back to the government for “urgent review”.

The scheme was paused after leaders in Greater Manchester explained that there is a “fundamental concern” that certain global and national factors may “impact on the ability” of local businesses and individuals to upgrade their vehicles, and questioned whether the current support package agreed with government of £120 million would be sufficient.

Overall, there were concerns that the introduction of the scheme could create “financial hardship” for commercial vehicle users in the region.

Prime Minister Boris Johnson even branded the plans as “completely unworkable” when questioned on it by local MPs in the House of Commons last month, which is why leaders in the region are now working with the government to design a “substantially different” scheme, which reportedly could come into force as soon as July.

Read more: Greater Manchester’s Clean Air Zone plan has been referred back to the government for review

The start date for the scheme was first set as 30 May 2022, but now that the government has agreed to move the deadline back to 2026, this means that the total of 1,194 Clean Air Zone (CAZ) road signs across the region with the wrong date on will need to be amended.

Stickers reading ‘Under Review’ will be placed over all the road signs.

However, while it was revealed that the work to amend the signs will not be covered by the £3 million contract for signage, a spokesperson for Clean Air Greater Manchester confirmed that it will in fact be funded by the government.

The spokesperson told the MEN: “The government has agreed to lift a legal direction requiring the implementation of a charging Clean Air Zone (CAZ) in Greater Manchester and, therefore, charges will no longer apply from May 2022 [as the] 10 local authorities now have until 1 July 2022 to work with government to develop a new plan.

“All costs associated with the new plan, including the essential requirement to update existing signage, will continue to be funded by government.”

While private cars, motorbikes, and mopeds won’t be affected, some vehicles that do not meet emissions standards – known as ‘non-compliant vehicles’ – will be charged to drive in the Clean Air Zone, with charges looking to range from £7.50 for taxis and private hire vehicles, and £10 for vans and minibuses, all the way through to £60 for buses, coaches, and HGVs.

Before the scheme was put on hold, the plans generated widespread local criticism and conversation on how local businesses will be affected, and even resulted in a petition being set up in opposition to the scheme, which has since seen over 38,000 people and counting put their names to it and Mayor Andy Burnham respond.