We pay tribute to Jason and Laura Kenny, for their record-breaking sporting careers and their work to break down the stigma around baby loss. 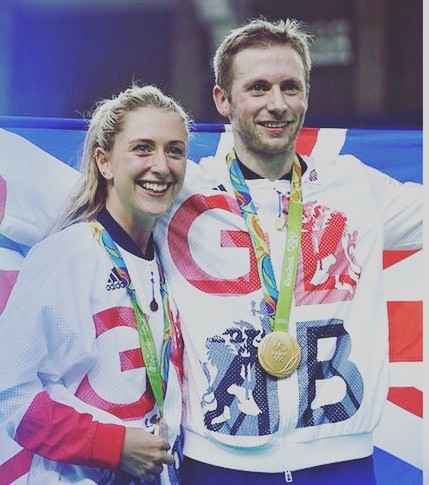 In just a few weeks, all eyes will turn to Birmingham as the city hosts the Commonwealth Games.

Thousands of talented athletes will take to pools, tracks and courts in the hope of securing a medal for their country.

It’s an event that means a lot to Manchester, which hosted the Commonwealth Games back in 2002.

Those games saw venues including the Etihad Stadium, the Manchester Aquatics Centre, and the rest of Sportcity built here, and our city was cemented as a truly global city.

But then of course, we’ve always had a bit of a reputation for sporting greatness, and they don’t come much greater than Jason and Laura Kenny.

Between them, the cycling greats have won 12 gold medals, and are Britain’s most successful male and female Olympians.

Jason and Laura were knighted and made a dame respectively earlier this year for their services to cycling, meeting Prince William side-by-side.

Laura said of the honour: “What a truly wonderful day. When you step onto the track you know you are there to win a medal, but you don’t ever think about huge honours like this.

“So when you are recognised it’s incredible and humbling. To be able to once again do it together makes it all the more special.”

Jason has now officially retired from cycling and has now taken on the role of men’s podium sprint coach with British Cycling.

He said of his retirement: “It wasn’t an easy decision.

“I genuinely wanted to carry on to Paris, but I creak quite a lot these days and I always knew I wanted to go into coaching off the back of it, and this opportunity came along.”

Read more: The woman who helped Manchester shed its ‘Gunchester’ nickname | Prof Erinma Bell – Manc of the Month May 2022

Both Jason and Laura, who live in Cheshire, have committed time to mentoring other young athletes coming up in the cycling world.

Most recently, Laura has made her way even further into the hearts of the nation by talking openly and trying to break down the stigma surrounding miscarriage and baby loss.

Tragically, she suffered a miscarriage while commentating at the track champions league last November, followed by an ectopic pregnancy just months later.

In those dark days, Laura said she turned to cycling as her ‘safety blanket’, adding: “I’ve always known I was tough, but sometimes life pushes you to an unbearable limit.

“If it wasn’t for Jason and Albie [their son] getting me through the day to day I’d have been broken.”

Speaking of her Instagram post, she later told OK! magazine: “The response I got was overwhelming – my Instagram went mental and I had thousands of messages from women and men who came to me saying they’d suffered in silence too.

“Six or seven athletes also came forward, which was comforting for me as I felt like less of a failure.

“We shouldn’t be ashamed or scared when the number is one in five. That’s a massive number – yet we felt so alone.”

The Commonwealth Games will take place between 28 July and 8 August. Laura Kenny is competing for Team England.

If you’ve been affected by this story, contact Tommy’s, a miscarriage, premature birth and stillbirth charity, at [email protected] or call 0800 0147 800.