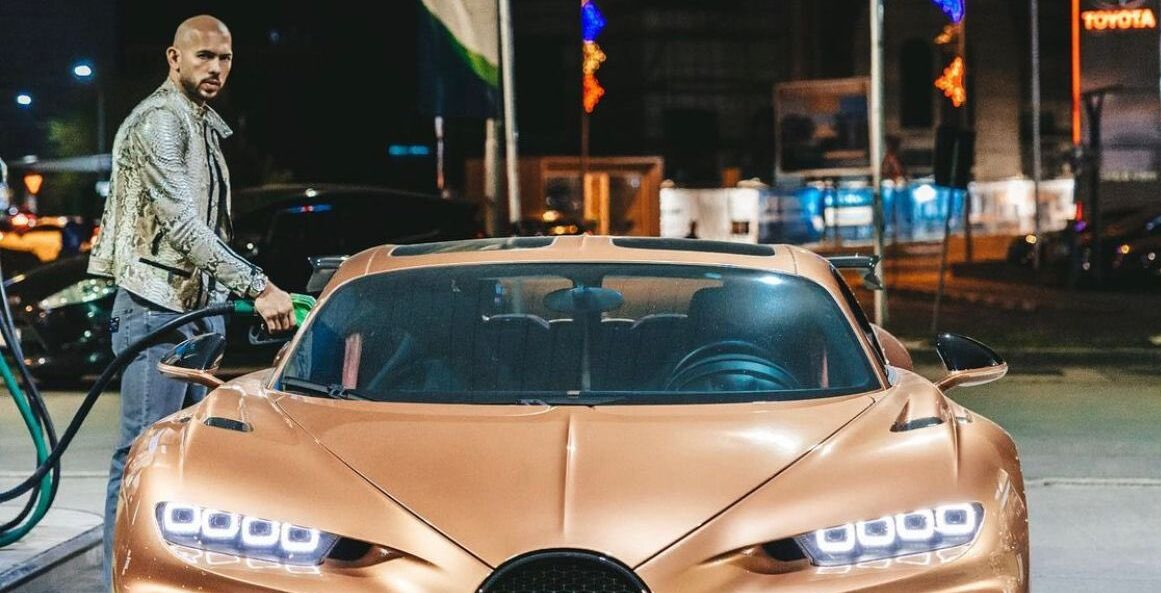 Greta Thunberg has been praised for hitting back at Andrew Tate after he gloated about having 33 cars with “enormous emissions”.

The 36-year-old former professional kickboxer turned controversial media personality and self-professed misogynist took to social media yesterday to ask the prominent 19-year-old Swedish environmental activist to provide him with her email address so that he could send her “a complete list of my car collection and their respective enormous emissions”.

“This is just the start.

“Please provide your email address so I can send a complete list of my car collection and their respective enormous emissions.”

Tate – who has previously claimed that women should ‘shut the f**k up, have kids, sit at home, be quiet and make coffee’ – shared a picture of himself filling one of his Bugatti supercars with fuel alongside his tweet demanding Thunberg’s contact details.

The teenage activist, who has been named on of the 100 most influential people in the world, and has received nominations for the Nobel Peace Prize for the past four years in a row, hit back at Tate and told him to “get a life” in what is a now-viral tweet.

In response to Tate’s demand for her email address, Thunberg wrote on Twitter this morning: “Yes, please do enlighten me. Email me at smalld**[email protected],” – and it’s fair, people have been absolutely loving it.

Thunberg’s tweet response has already racked up over 53,000 retweets and nearly 220,000 likes in less than an hour since it was posted.

Fans have been praising Thunberg for her “amazing” response.

“Hello. Yes, police please. I’d like to report the murder of Andrew Tate,” one person wrote, while another person called it “a late entry for most devastating ratio of the year,” and a third said they “did not see that coming”.

Another fan said: “Who’d have thought 2022 Twitter would peak so late in the day?,” while another called the response “beautiful”.

“And there was me thinking 2022 had peaked,” one fan exclaimed.

“Immense burn. Thoughts and prayers to Tate’s manhood, or lack thereof. Wake up men, this is not the hero you are looking for,” domestic abuse campaigner David Challen wrote.

Writer Ian Boothby added: “If more historical figures had Twitter back in their time, there’d be a lot more quotes like this in books.”