How is Manchester’s skyline set to change in 2021?

Skyscrapers, towering apartment buildings and office blocks are on the horizons for the new year. 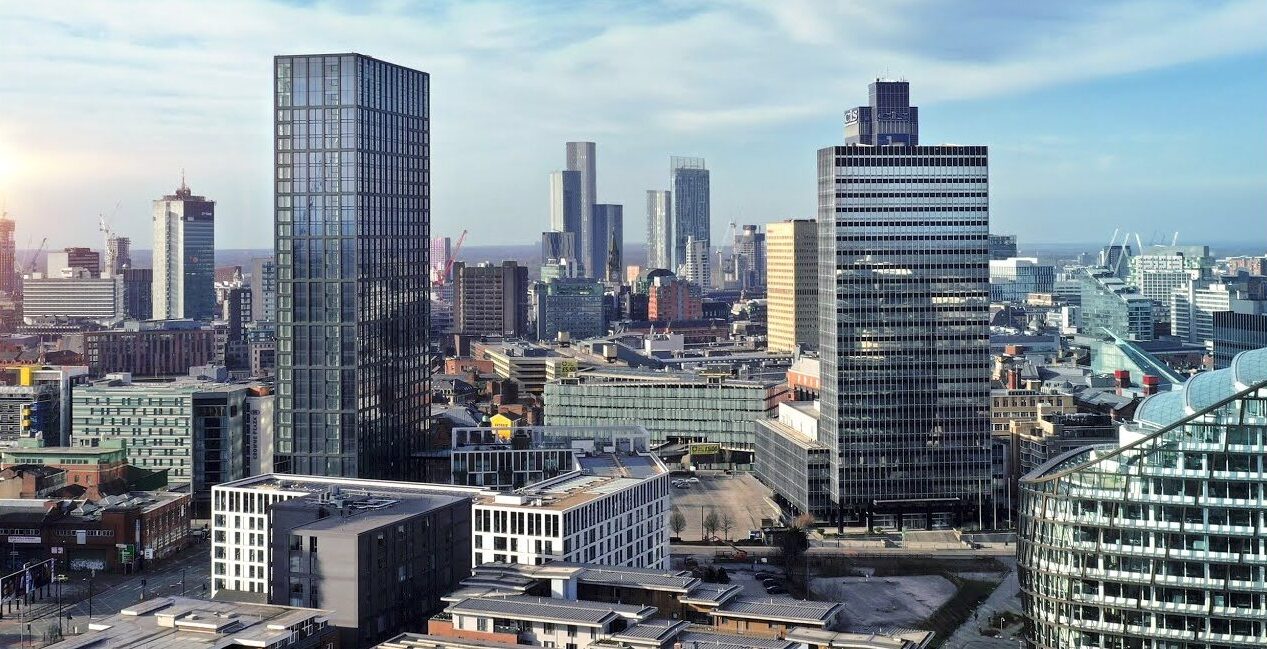 Manchester is an evolving city.

And perhaps nothing quite illustrates this more than the ever-changing skyline around us, with even more new skyscrapers, towering apartment buildings and office blocks set to further transform the city as we know it heading into the new year.

Several major projects are expected to break ground in 2021, while others that have long been in the pipeline could be completed.

Most of the development will continue to come out of the city centre in areas that have been earmarked for regeneration for several years – such as Deansgate, Mayfield, and NOMA – but some schemes have been given planning permission in the past 12 months.

Here’s how we can expect the face of Manchester to change once again this coming year.

Co-living proved to be one of the most controversial concepts to enter the planning conversation in Manchester this year, and developer Downing’s plan for a vast co-living scheme on the edge of the city centre near Hulme was at the heart of the debate.

The developer’s proposals for more than 2,000 apartments across four residential blocks – including a 45-storey tower – prompted backlash from housing campaigners and councillors who feared the buildings would become “slums of the future”.

But Downing received planning permission in September, and work is expected to start on-site in early 2021.

As part of the latest phase Renaker’s Crown Street development on the edge of the city centre near Mancunian Way, two new 52-storey skyscrapers will provide 855 apartments, a new 210-place primary school – with a rooftop playground – and a public park will sit between them, also set to house one, two and three-bedroom properties.

The towers – nicknamed ‘Blade’ and ‘Cylinder’ – will be joined at the base by a large podium, which will include concierge areas, a lounge, gym sauna and shops.

The scheme will also form part of the wider regeneration of Great Jackson Street.

The £85 million Oxygen development in Piccadilly has reached a milestone this year.

The landmark 36-storey tower – along with its neighbouring 16 and 10 storey neighbours – topped out over the summer, and the three buildings will house 372 one and two-bedroom apartments, and 12 ground-level townhouses with their own gardens.

A five-star spa will include a 25-metre luxury pool, while residents will also be able to enjoy a private cinema, gym and fitness studio.

Developers are aiming for the entire scheme to be fully completed in 2021.

One of the UK’s largest urban regeneration projects, the £1.4 billion regeneration of Mayfield Depot – and the creation of Manchester’s first public park in 100 years – has already begun.

The first phase of development centres around the 6.5-acre Mayfield Park – which will include a bridge over a restored section of the River Medlock currently buried beneath the former industrial estate – and two office buildings – The Poulton and The Republic – will reach 13 and nine storeys high respectively to provide 319,900sq ft of workspace.

An 11-storey car park with 581 spaces will also be built as part of the first phase, and it is hoped the majority of the park will be built within two years, so it could be open by early 2023.

Two of the towers – 20 and 25 storeys high – will provide up to 520 one, two and three bedroom apartments for rent, and the third eight-storey building will house 150,000sq ft of Grade A office space.

NOMA will continue to take shape in 2021.

Around 563,000sq ft of office spaces have already been built or are under construction at the £800 million city centre site – including Amazon’s first UK headquarters outside of London – and some residents have also already moved into Angel Gardens – the 36-storey tower promising luxury living through its 458 high-end apartments – but this year, Manchester City Council signed off on plans to expand development within the 20-acre site centred around Angel Square to include more offices, retail and leisure space.

Running slightly ahead of schedule, 4 Angel Square – the 11-storey office block expected to house around 2,000 workers – has already seen construction begin ready for a 2022 completion date.

The building will sit at the corner of Corporation Street and Miller Street.

Following the winning of planning approval back in June, work on the 22-storey hotel next to the Grade II listed Castlefield Viaduct in Deansgate is expected to start next year, and it will be the fourth StayCity branch to open in Manchester, with the aparthotel chain already operating in St Peter’s Square, Mason Street, and near Piccadilly station.

The 310-room hotel will be built in a small half-acre plot sandwiched between the viaduct and The Deansgate pub, which will be retained.

Two arches running underneath the viaduct will also be opened up for use by businesses.

The Factory – the landmark arts complex, which has been beset by rising costs and delays – was supposed to open next year, but construction will continue throughout the coming months with contractors eyeing up a late-2022 opening.

Construction on the nearby Manchester Goods Yard, the 400,000sq ft office block- which will house Booking.com’s new headquarters – did however begin this year.

The St John’s neighbourhood – based in and around the former ITV Granada studios – will continue to take shape in the coming year, with two towers – one 36 storeys high and the other 32 storeys – built by the Vita Group providing 1,600 co-living flats off Water Street in Manchester city centre.