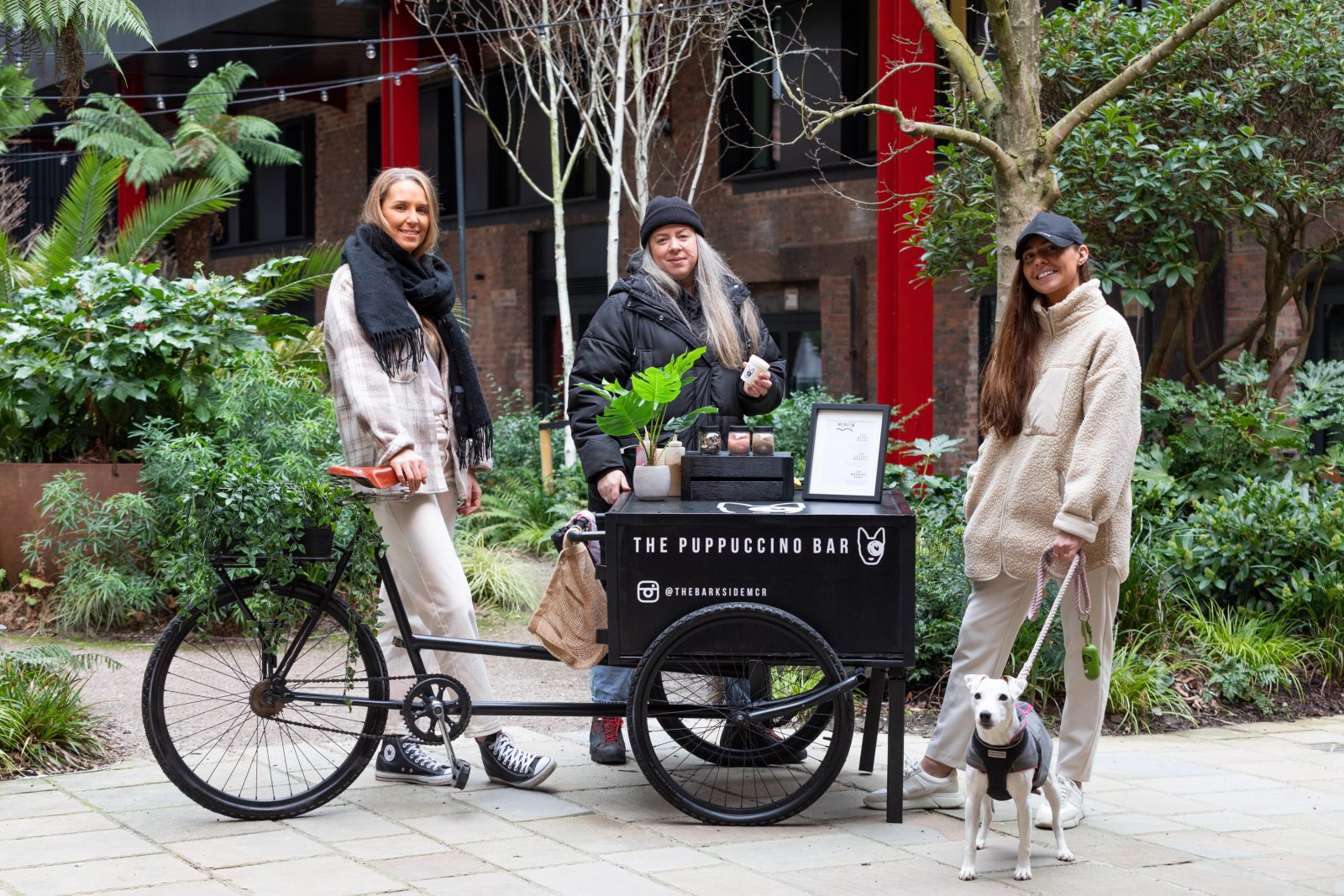 Four-legged friends of Manchester are in for a real treat as a popular dog salon and boutique is set to open at one of the city’s newest neighbourhoods.

Opening up at KAMPUS, The Barkside is looking to be a “one-stop-shop for city-dwelling dogs”, with a grooming salon, and a shop stocking The Barkside’s signature street-fashion, own brand of nutritious foods, luxury grooming products, and quality accessories arriving at the new rental community.

That’s not all either, as pups will also get to let their hair down with doggy mud baths – which is known to be a usual de-shedding treatment – and frothy puppuccinos, so they don’t miss out on the cafe culture KAMPUS is fast-becoming known for.

First opening as a day care back in 2013, owners Elkie, Leah, and Lauren – along with their team – have gone from strength to the strength, and have since opened a doggy day care, salon, and shop on Travis St in Manchester, and in Heaton Chapel in Stockport – both of which now have a lengthy waiting list of would-be clients.

The Barkside’s permanent stay at KAMPUS comes after the company has been hosting monthly pop-up events at the neighbourhood – which has plenty of pet-friendly apartments.

“Dog friendly communities like Kampus are leading the way,” says Elkie Davies – founder of The Barkside.

“Other renters across Manchester are no longer banned from having pet companions and tonnes of people are working and spending more time at home [so] it’s meant that whether you love Dachshunds or Dobermans, you can have a place in the city centre and experience the pure joy of having a dog in your life.

“We fell in love with the space and garden at KAMPUS and can’t wait to bring The Barkside to the neighbourhood alongside a load of independent businesses.

“We’ve been turning customers away because the demand for quality grooming and daycare in Manchester is so high [so] it’ll be awesome to bringing top-notch products, pampering and puppuccinos to our expanded puppy family.”

The Barkside is the latest independent venture to arrive at KAMPUS, and joins Manchester favourites Pollen bakery and General Stores, alongside the recently-opened Nell’s Pizza & Bar, wine bar Beeswing, and recently-announced Cloudwater Brewery.

The KAMPUS neighbourhood is being developed by HBD and Capital&Centric.

Speaking on The Barkside’s arrival, Adam Brady from HBD, said: “We’re a friendly and diverse neighbourhood and the indie businesses joining our community reflect that ethos.

“That welcome extends to our four-legged friends and the army of dogs that now call KAMPUS home, with a dog-walking services for residents, and The Barkside joining the community means people will be able to drop their dog for a grooming session have a coffee and pastry at Pollen while they wait.”