In December’s edition of our Manc of the Month series, we’re paying tribute to a Coronation Street icon who tirelessly gives back to Manchester communities.

Julie Hesmondhalgh is best known as the award-winning actor who portrayed Corrie’s Hayley Cropper for 15 years.

But it’s her work off the screen that makes her such a notable figure in the north west, and a worthy addition to our Manc of the Month series.

Julie, 51, was born just across the Lancashire border in Accrington and has dedicated her life to acting, studying at the London Academy of Music and Dramatic Art when she was 18 before carving out a lengthy career on the small screen.

She is, of course, a familiar face to most of us thanks to her time spent as Hayley Cropper, a ground-breaking role as the first transgender character on a British soap.

Hayley’s storylines on the legendary cobbles saw her rejected and ostracised before she was, eventually, embraced, and Julie says it’s a huge testament to soap operas that they’re able to ‘break prejudice down’.

Back in 2019, she told Nihal Arthanayake on Radio 5’s Live Drive: “I think EastEnders, Brookside, Hollyoaks, Corrie, and Emmerdale have done so much in introducing issues through characters that you love. That’s how you break prejudice down.

“It’s to pre-judge, and once you know somebody, you can’t judge them by the same criteria anymore.

“When people are snobby about soap operas, I’m always like, that’s the beginning of everything – it’s a way of having conversations with people who are perhaps cut off from other communities.

“I know for myself when I went into that programme as Hayley, a trans character, there was so little understanding about what that meant.

“It was a joke – even the storyline was brought in as a bit of a joke at the time, and what you have to do is be in people’s living rooms and get people rooting for you to understand the issues around the character and to fall in love with them before that understanding kicks in.”

Julie is now a patron of the charity Trans Media Watch, which is dedicated to improving media coverage of trans and intersex issues.

Her charitable work doesn’t stop there – far from it.

On top of that, Julie supports food banks, hospices and arts charities, and once told the Guardian: “You have to admit it, I am a really good person.”

The actress and Labour party member has spent decades campaigning for various causes, some of which are particularly close to Manchester’s cultural heart.

She was a key player in the Together in One Voice event, a doorstep concert during the first lockdown that also starred Liam Gallagher and Mark Owen.

When the People’s History Museum was facing its greatest uncertainty to date last year and its future was seriously threatened, Julie was quick to pledge her support.

She described it as being her favourite museum in the world.

The red anorak worn by Julie when she played Hayley Cropper has even been included in an exhibition at the museum, alongside other LGBTQ+ artefacts.

One of her most significant charity projects saw her launch the 500 Acts of Kindness group, where 500 people donate a pound a week, and £500 is given to a nominated person, family or organisation.

She also set up the Take Back Theatre Collective, alongside writer Becx Harrison and visual artist Grant Archer, which tackles the politics of austerity in an artistic way.

A staunch supporter and protecter of the NHS, Julie said in a video for The People’s Assembly Against Austerity: “Sometimes we don’t know how lucky we are to have something until it’s threatened to be taken away from us.

“Now more than ever we need to be fighting for our National Health Service.”

She made the video, wearing a ‘Born in the NHS’ t-shirt, to encourage people to join an organised rally.

“What we want is to send out a message, loud and clear, to the Government that we are not going to allow our NHS to be eroded and taken away from us.”

Just last week, she was spotted giving up her time to volunteer at a local vaccine centre, praising the NHS workers who are ‘out working in all weathers, all the time’.

Julie has said, on multiple occasions, how much she loves the city of Manchester, for its culture and its people and its activism.

We can say with confidence that Manchester loves her right back. 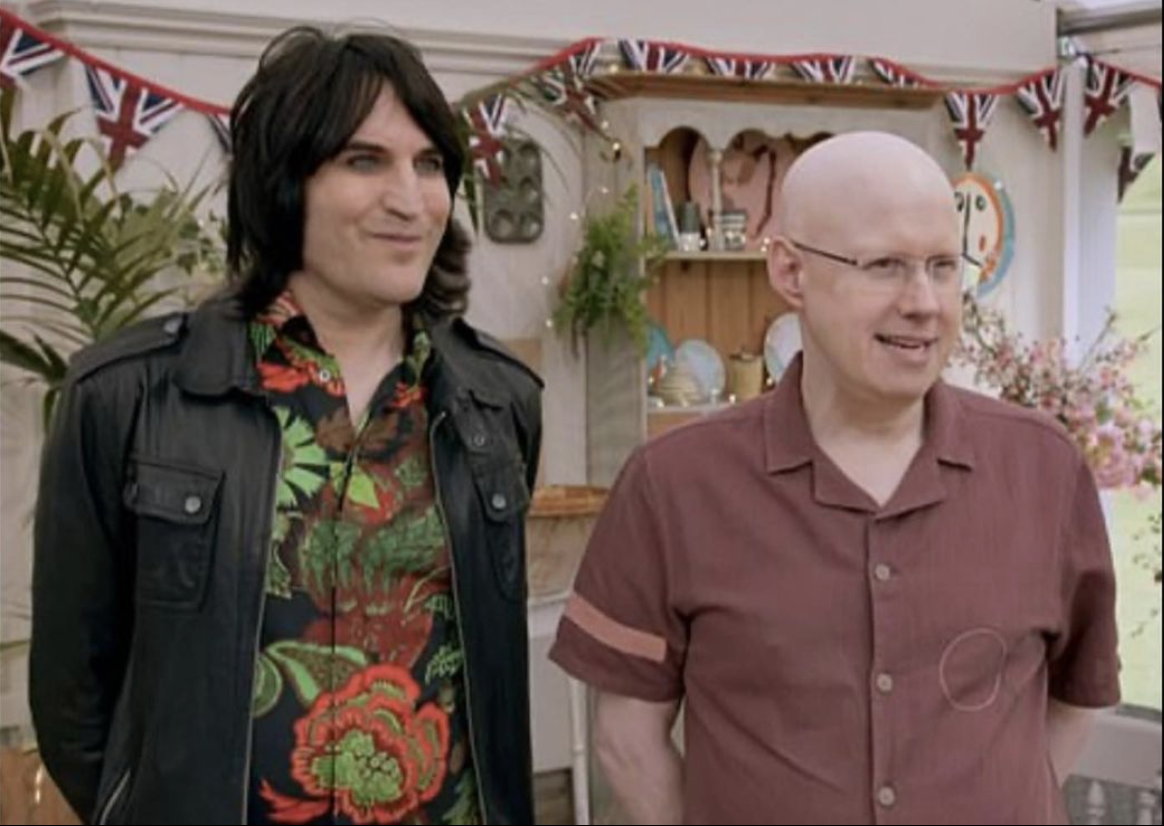