It's a landmark in Manchester. 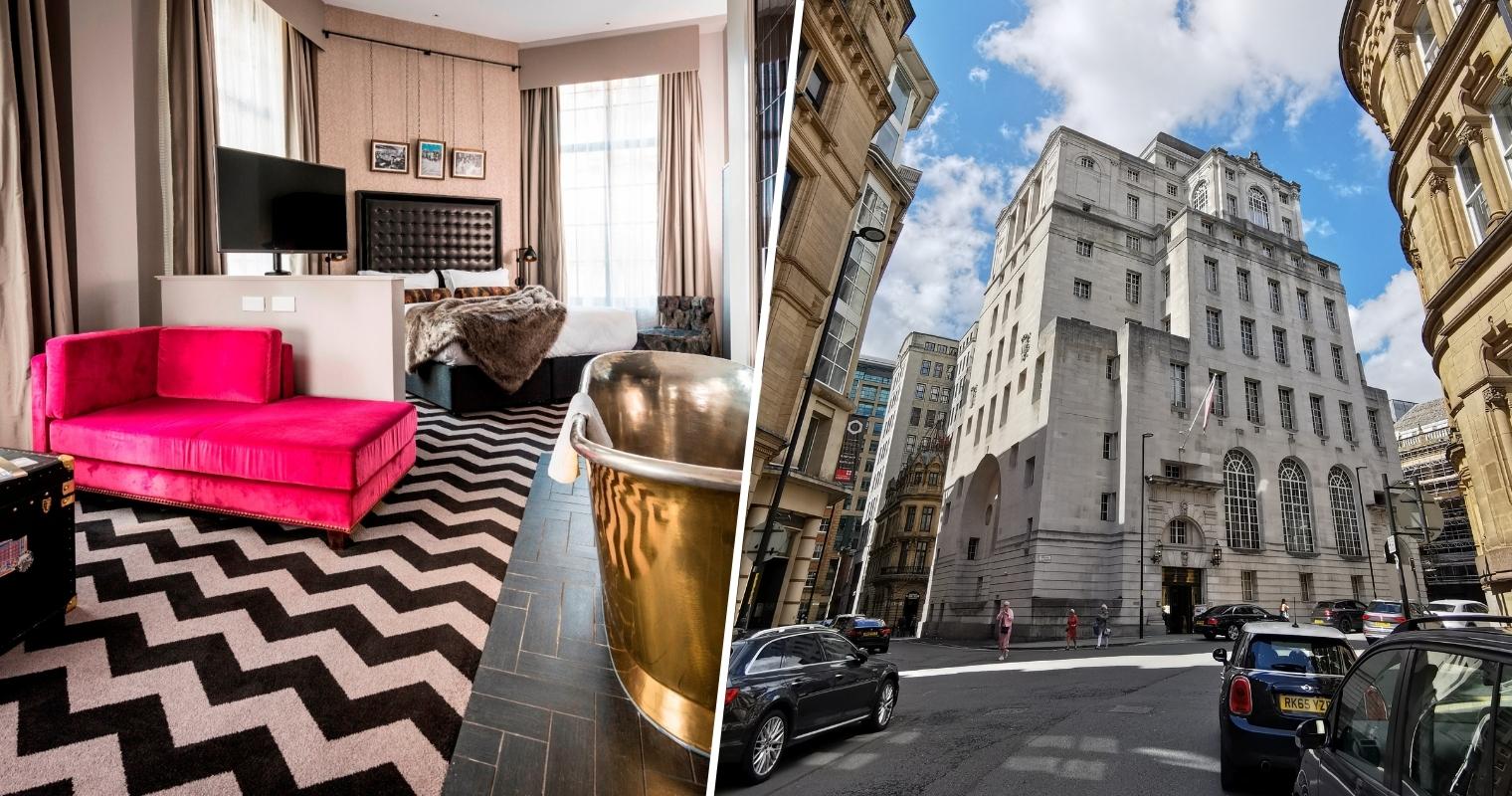 A landmark hotel in Manchester city centre scooped a big prize recently, and was named as one of the most luxurious hotels in the world.

Hotel Gotham, which towers at the top of King Street in an art deco-style former bank building, was crowned as the best Luxury City Hotel.

The five-star hotel scooped the accolade in the World Luxury Hotel Awards, where other winners included world-famous hotels like the Waldorf Astoria in Edinburgh and the Pan Pacific London.

Hotel Gotham has a 1930s interior filled with black and brass furniture and jewel-toned velvets.

There are 55 bedrooms within this stunning building, and five suites, all designed to ‘encourage a bit of decadence’.

Several of the rooms have free-standing bathtubs in them, popped in next to king-size beds draped in soft fur throws.

There are the five ‘inner sanctum’ suites which are even more opulent than the rest, each one named after a local figure.

These suites at Hotel Gotham transport guests back to the ‘golden age of travel’ with a giant ‘wonderwall’ screen, vintage suitcases, buckled belts and hat boxes.

The hotel is also home to Club Brass, a private members’ club up on the seventh floor with rooftop terraces, and its restaurant Honey, which has two AA Rosettes.

Soon, Hotel Gotham will open up its vaults as an underground events space known as Gilt, inspired by the Gatsby era.

You can see why it got luxury status too – its facilities include being home to Auto Vivendi, an exclusive supercar club.

The hotel’s chauffeur service is in a Bentley too. Pretty fancy.

Hotel Gotham manager Mario Ovsenjak told the Manchester Evening News: “I am absolutely delighted with the latest award for Hotel Gotham. It’s our 20th prize, this time on the international stage.

“It comes at a time when the hospitality industry is still on a very slow and laborious road to recovery after the painful two years of Covid-19 related restrictions. This award is a testament to all the cast and crew of Hotel Gotham, who work tirelessly day in, day out to achieve the very best standards of service.

“In doing so, the Hotel Gotham team take enormous pride in achieving such great worldwide recognition. It is particularly gratifying to win such a prestigious award in our seventh year of operation.

“This award reaffirms that Manchester as a destination offers the highest standards of accommodation to UK and international travellers alike.”