It’s time to wave goodbye to March, and say hello to another new month.

With Spring officially here and April arriving this week, new beginnings are all around and there’s a lot to celebrate, so we’ve cherry-picked a few of the best things happening and to put together another fresh edition of our ‘what’s on’ guide for the city of Manchester and beyond.

An immersive chocolate factory experience has opened at the Trafford Centre this month, and it’s ready to make all your “sweetest dreams come true”.

After enjoying success in Madrid, Barcelona, and London, The Chocolate Factory has now made its way over to us in Manchester, and it’s described as being a “theatrical candy-themed experience” where you’ll get to explore a variety of colourful rooms, take some magical selfies, and most-importantly, satisfy your sugar cravings and eat some delicious sweets.

Set on the ground floor of the iconic shopping centre, The Chocolate Factory lets you take a trip through different worlds, with every room “filled with new discoveries”.

Did you see that a massive new attraction has opened in the heart of Manchester city centre, and it’s giving visitors the chance to take on The Cube?

Spread over two floors and spanning 4,000 sq metres, Urban Playground has taken over a row of units that once housed Arcadia shops Burton, Miss Selfridge, Evans and Dorothy Perkins, and inside, there’s a high-tech mini golf experience, and the first UK branch of burger restaurant The Butcher.

ITV’s The Cube has also been brought to life at Urban Playground, with teams of four taking on deceptively-simple tasks inside the high-pressure confines of the familiar perspex box, with games like taking on obstacles blindfolded and collecting balls in a set time window.

The latest phase of £5 million repair works to the historic Heaton Hall have now officially been completed, and tours have started back up.

Standing as one of a very few Grade I listed buildings nationally, and designed in 1772 by esteemed architect James Wyatt, Heaton Hall is undoubtedly one of the North West’s most important heritage assets, yet despite this, has remained on Historic England’s ‘At Risk’ list for many years.

To help preserve the building, Heaton Hall received key funding support from Historic England and Manchester City Council to ensure the building is protected in the future and to complete essential maintenance works.

These maintenance works and ongoing repairs were started over three years ago, and have now been completed to help protect the architectural gem for future generations.

You can find more information and book a tour of Heaton Hall here.

Stand Up for Ukraine

Legendary city centre comedy club Frog & Bucket has helped launch the careers of many well-known comedians and emerging talents over the years, but now, some of the North’s biggest and best names are coming together for one-night only to raise worthy funds for those affected by the ongoing conflict in Ukraine.

All funds will go to The Red Cross, and you can grab tickets here.

It’s undoubtedly one of the most famous and beloved musicals of all time, and now, Cameron Mackintosh’s critically-acclaimed production of Boublil and Schönberg’s Les Miserables is arriving at The Lowry Theatre in Salford this week.

This brilliant new staging has taken the world by storm and has been hailed “Les Mis for the 21st Century”.

With scenery inspired by the paintings of Victor Hugo, the magnificent Les Mis score includes the songs, I Dreamed a Dream, On My Own, Bring Him Home, One Day More, Stars, and many more.

Vegan cooking opens the door to a vast array of dishes, cooking styles, techniques, and most-importantly, fantastic flavours, but because it’s such an huge area of cookery, it can become a little daunting, which is why Food Sorcery is giving you the chance to look at three different curries from around the world during this class, Sri Lankan, Japanese, and Indian, to give you a wealth of knowledge to enjoy a delicious plant based diet.

During the class, you’ll get to enjoy the food you create as you cook it, or take the leftovers home with you afterwards, and you’ll also get each of the recipes emailed to you too.

You can book your place on the class for £85pp here.

28 Days Later, The Hills Have Eyes, and A Quiet Place 2 are just some of the chilling films showing at the North West’s newest immersive drive-in cinema this week.

You can find out more about Camelot Rises and grab tickets here.

You must be over 18 to attend, with ticket prices starting at £14.

Heaton Park has revealed a new trio of scenic lakeside dining domes, and it’s perfect for those looking for a unique afternoon tea experience in Manchester.

Situated in Manchester’s largest park with stunning views of the lake and gardens, not to mention the Grade-I listed Heaton Hall close at hand, the domes are private and heated to ensure maximum comfort, and they offer an extra special afternoon tea experience surrounded by nature.

There’s a seasonal menu that features a number of different afternoon tea options, including vegan options too, all for £23.95 per person.

Manchester’s largest street food fair GRUB – which is currently based at the Red Bank Project just outside of the city centre in Cheetham Hill – is hosting an East & Southeast Asian Food Fair this weekend, and it’s set to be a popular one.

With food traders Little Yellow Rice Co, Osaka Local, Oi Dumplings, Korean Grub Club, and Amai Desserts all lined up, not only will there be a wide range of delicious street food and desserts to try out, but local Southeast Asian gin slingers Tarsier will also be there all weekend to provide perfect serves and cocktails.

The event is free to attend, and you can find more information and grab tickets here.

One of the North West’s most-popular outdoor events has reopened near Manchester, and it’s an ideal day out for families this month.

Coronation Street: The Tour has returned after a two-year hiatus this month to give you the chance to see the hidden world of the nation’s most-famous cobbles that lies behind the camera at the external sets at MediaCityUK in Salford.

Following in the footsteps of all your favourite characters, during each 90-minute tour, fans of the show will get to walk around all the famous sets of the Rovers Return, Roys Rolls, Underworld, and The Kabin, and so much more, and tour guides will share all the secrets of the show while they take you around locations of iconic moments from the soap.

There’ll also be plenty of chances to get that all-important Corrie selfie too. 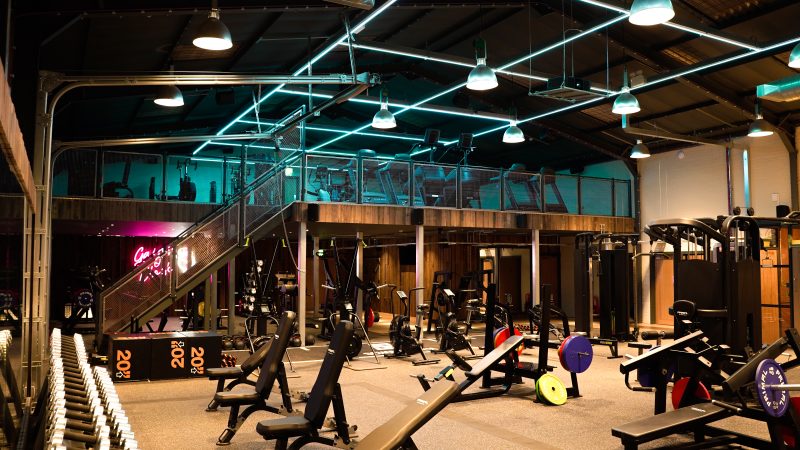 Paul Scholes has opened a state-of-the-art gym in Oldham in partnership with his own children. The Manchester United…
byDaisy Jackson 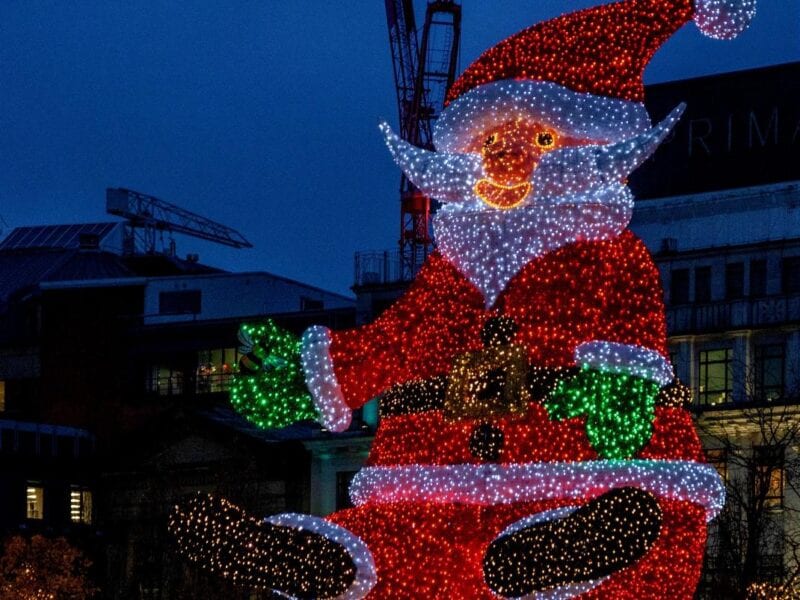 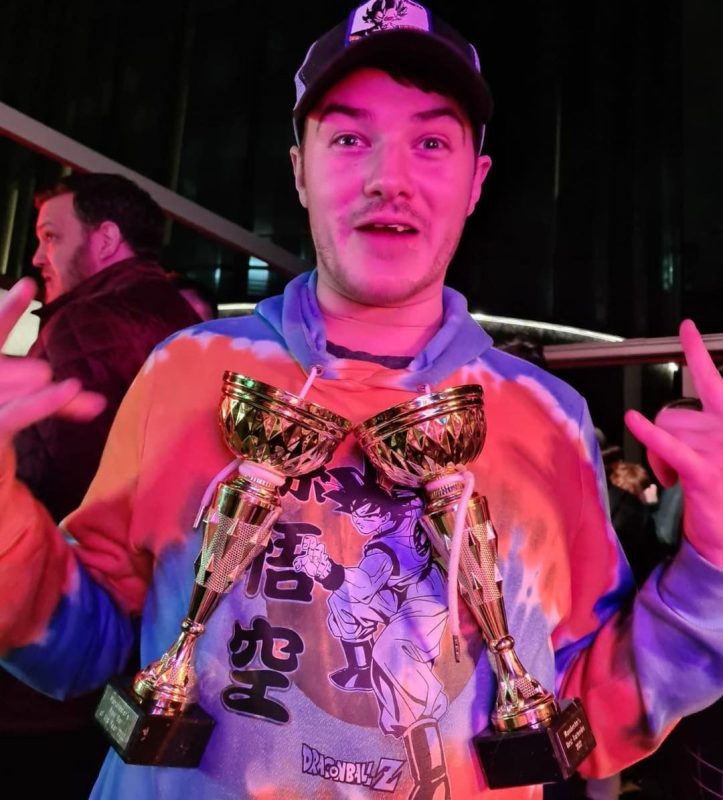 Manchester’s bars, kitchens and hardworking hospitality staff have been celebrated at the Manchester Bar Awards. Now in its…
byGeorgina Pellant