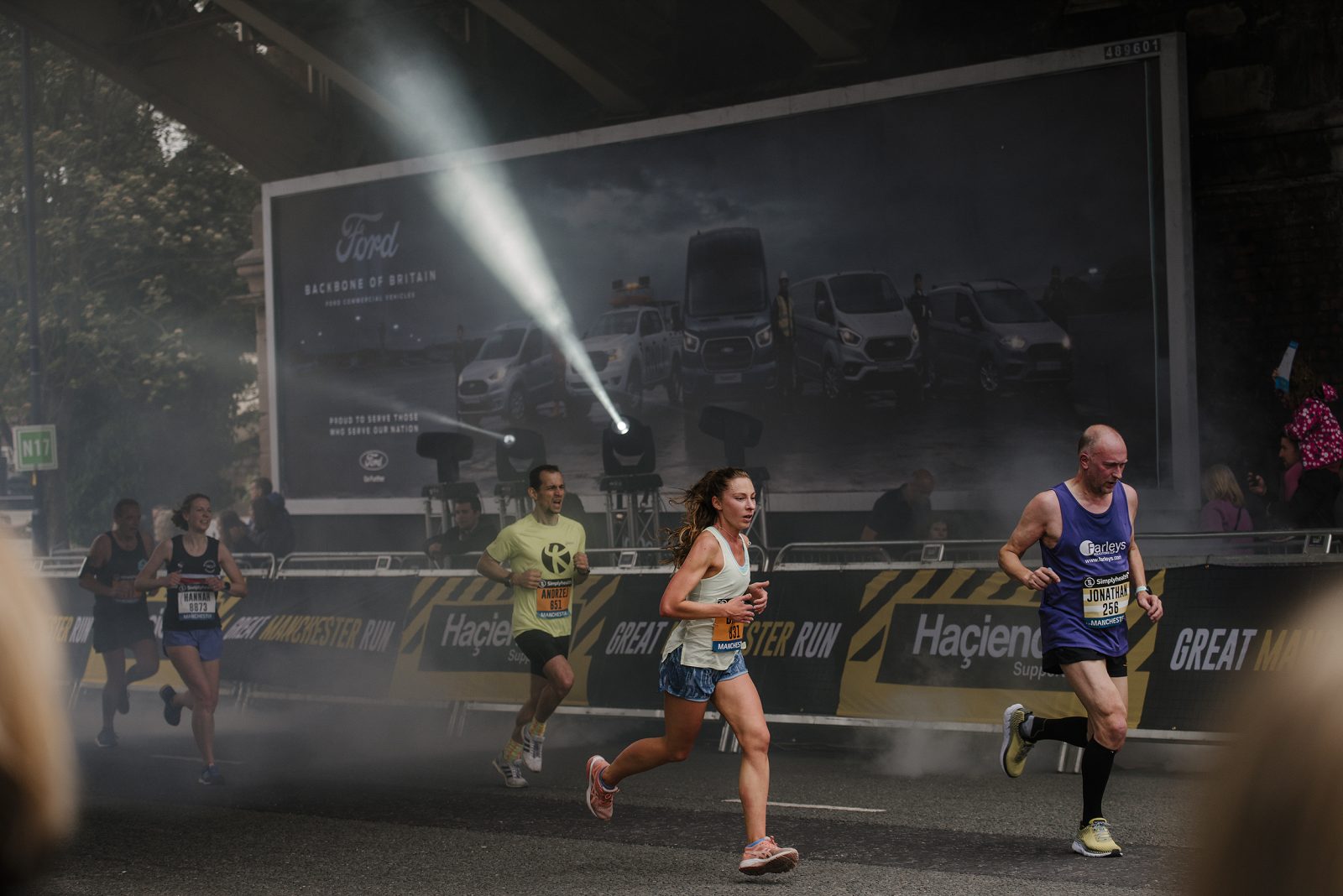 The ever-popular Great Manchester Run will return next month, with exciting new features added for 2022.

Runners will be treated to loads more entertainment as they make their way around either a 10km or a half-marathon course.

The event will spur participants on with everything from water pistol breaks to a live DJ, as organisers pull out all the stops to make it the best Great Manchester Run yet.

The action will begin before the race even starts, with a live DJ at the start line to get the energy levels up.

This year’s timed pacers, who give runners the best chance of smashing their targets and personal bests, will add extra motivation by blasting out tunes as they run through the city.

A new on-course entertainment area is being added this year too.

The Run Thru Madchester Zone spans 50 metres and features a ‘wall of sound’, power up boards and super soaker water pistols.

For the first time ever, there’ll be an apres-run zone at the end of the course, so runners can kick back for post-race celebrations within minutes of crossing the finish line.

There’ll be food and drink stalls and music for the apres-run after party – full details will be revealed soon.

Even the medals have been supersized for 2022, featuring a design that celebrates everything that makes Manchester great.

And Sir Mo Farah will be back to join in the action, racing alongside other elite runners.

All of this has been added to the existing Great Manchester Run format, where there are more than 20 music and entertainment zones.

There’ll still be the People’s Playlist (with tunes chosen by Mancs), the Pump It UP and Beats Boost zones with DJ trucks, the Hacienda zone with disco lights and a playlist inspired by the iconic club, and even Bands on the Run, with live music from local artists.

Several charities will pitch up on the course at various cheering points to celebrate and spur runners on – look out for cheering buses for Cancer Research UK, Alzheimer’s Society, Manchester Foundation Trust, Macmillan Cancer Support, and The Christie.

Read more: The new restaurants and bars opening in Manchester this month | April 2022

The Great Manchester Run will take place on Sunday 22 May, starting and finishing in the city centre and taking in landmarks like Old Trafford and the Imperial War Museum.

Those tackling the half marathon will also pass by the Etihad Stadium.

To find out more or enter the UK’s biggest 10km race, visit: greatrun.org/Manchester.