Living on top of the city: How Manctopia’s Sarah Lomas sees Manchester differently from above

The BBC’s ‘Manctopia’ documentary covered every kind of character and story in modern Manchester – but it was Sarah’s rise from below the poverty line up to a penthouse that struck the biggest chord.

“This is what you call city centre living…”

Dazzled interior designer Sarah Whatmore is stood on top of Manchester, gawping at the city below her feet.

She’s been tasked with kitting out a luxury penthouse in West Tower – one of Britain’s tallest skyscrapers outside the big smoke – but the view is distracting her.

During a conversation with the building’s general manager, she gazes through the floor-to-ceiling windows at the concrete labyrinth wriggling away into the sunset.

The two women look out at Manchester and share a moment of silent awe.

“… great place to live,” Sarah eventually mutters, still in half a trance.

Even after days spent dedicated to this building, they’re still taken aback.

This scene plays out during BBC’s Manctopia – a property boom documentary that dedicates much of its final episode to teasing the arrival of a new penthouse owner in the Deansgate Square development.

For almost an hour, the episode keeps its cards close to its chest. All we’re told is that the new buyer is an international businesswoman who’d spent so much on fittings that the designers won’t even reveal the numbers on screen.

“Very expensive,” is all they’d give away.

Then, around the 50 minute-mark, the owner appears.

It turns out to be Sarah Lomas, a born-and-bred northerner who’d spent her early twenties just a few miles away in Denton – completely broke and living on inflatable furniture.

Now the CEO of global health brand REVIV, Sarah recites a truncated version of her rags-to-riches story in Manctopia, calling it an “incredible feeling” to be standing in the best apartment in Manchester after her upbringing on a council estate.

It’s only a forty-second cameo. But after the credits rolled, Sarah’s social media inbox was almost set ablaze.

More 3,000 messages poured in from viewers who wanted to know how she’d done it.

Manctopia covered every kind of character and story in modern Manchester – but it was Sarah’s rise from below the poverty line up to a penthouse that struck the biggest chord.

Nonetheless, Sarah isn’t convinced her tale is worth talking about too much.

“There’s not a really interesting story there,” Sarah tells The Manc.

“Other than the fact it was bloody hard work.”

In Sarah’s eyes, there’s a much bigger narrative in play here: The one that’s shaping Manchester’s future.

According to the REVIV owner, Manc still isn’t being taken seriously as it should – despite all these brand new glistening buildings bumping their heads against clouds.

Relentless urban development aside, Sarah believes that London still sees Manchester as being behind the pace.

But it’s not so much the wealth divide. Apparently, it’s the way we talk.

According to Sarah, there’s been no bigger hindrance to her corporate career than her northern twang.

“I was working as a single mum in a male-dominated environment, but the largest obstacle wasn’t being a parent or even a female – it was my northern accent,” she explains.

“To get further up the ladder, I was actually told to go for elocution lessons.”

You’re a single mother with no qualifications. You sell all your furniture to pay your bills. You work night shifts to put food on the table. You spend years upskilling and studying in your spare time. You earn a long-term deal with one of the world’s biggest banks. You rapidly rise through the ranks and enjoy an enormously successful two decades in finance.

But then… you’re told that none of that really matters.

What’s really important is that you speak proper.

“In the end, I went to work in countries where my accent didn’t matter,” Sarah admits.

“I was the only British person in an international group; so nobody detected the Manc. They just thought I was from the UK.”

Whilst Sarah accepts the corporate scene has changed a lot since the nineties, she believes accent discrimination remains rife and is holding fellow businesspeople back as we speak.

“I can see it’s still out there by the sheer volume of people coming to me.

“Most of the messages I get are from people feeling held back by their accent. And interestingly, about 65% of them are men.

“Perhaps you could say I took the easy way out – I left the country.

“But others are still having problems with it right now – and I think that’s something we need to address.”

Despite its archaic, prejudicial nature, accent discrimination did lead to Sarah opting to go her own way and build a company on her own terms.

It’s the business that ended up buying her the flat in West Tower: REVIV (a health organisation that offers intravenous (IV) vitamin hydration and wellness therapy).

The company’s global hub and flagship clinic is operating right here in Sarah’s hometown – with the service being rolled out to a staggering 41 countries around the world.

Big names like Hap Klopp – the founder of Northface – are on the company board, and the service has proven unsurprisingly popular with the cultural elite – from pro athletes to actors and actresses.

But what’s intriguing about REVIV is that services are also accessible for the everyman.

Product prices start at just £25 – and their IV Therapy has now been commissioned for public use for the very first time.

But most amazingly of all, REVIV can offer customers a personalised diet and supplement plan based on their own genetics that ensures the best possible levels of health; with an app in development that lets users scan an item and reveal how beneficial it is for their body.

Sarah says she wants to change ideas and understanding of wellbeing in Britain – whilst making these treatments – typically considered exotic – available for all.

“The reality is, everyone is different,” Sarah states.

“Coffee is good for some people, bad for others. A glass of red wine is beneficial for some, but can do real damage in some cases.

“It’s all down to the individual.

“There are millions of variables and you need to be able to understand your own blueprint to stay healthy.”

REVIV has also weighed in to provide support with COVID testing services since the pandemic took hold – and Sarah believes that the emergence of coronavirus has forced people to reevaluate the way they look at their own health.

“We’ve got work to do; but this situation [COVID] is a brilliant opportunity to make something positive out of negative,” she says.

“The World Health Organisation is starting to make this connection of nutrition being key to our ability to fight off viruses such as this.

Sarah’s in her West Tower penthouse when we talk – and as she scans the city from thirty flights above, she’s conflicted.

“Whichever side of this house you go to, you get an incredible view,” Sarah muses.

“I can see everything in the city. I find that quite inspiring.”

But something is eating away at her. An itch no skyline could scratch.

“I’m also aware that many people still aren’t recognising us for the city we truly are.

“I want to play my part in helping wherever I can.

Sarah has already inspired hundreds of Mancs and now runs a company that’s dedicated to creating a healthier city for tomorrow.

It’s safe to say that ‘work’ has already started. 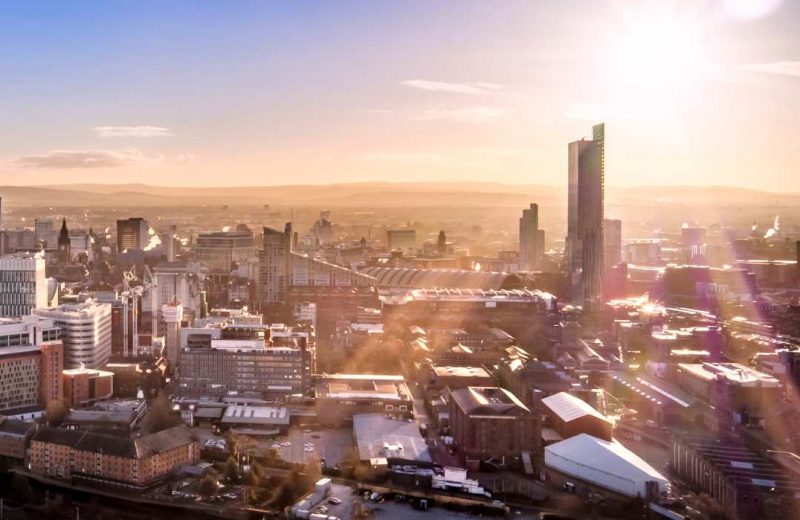 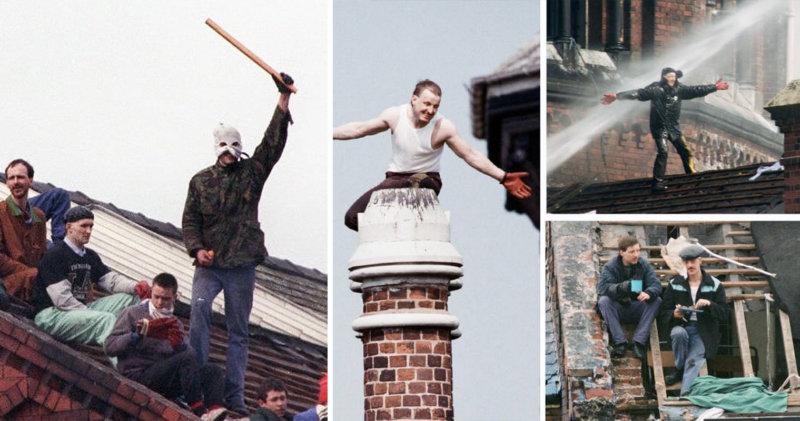 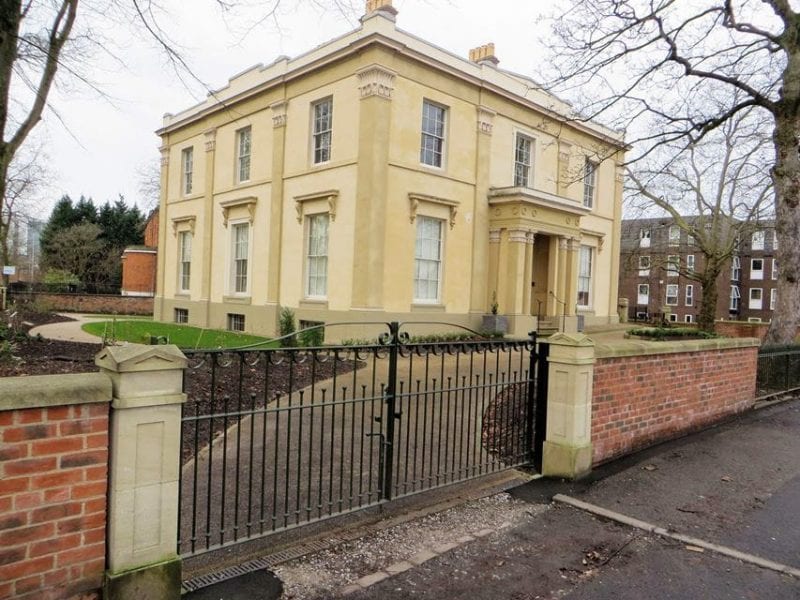 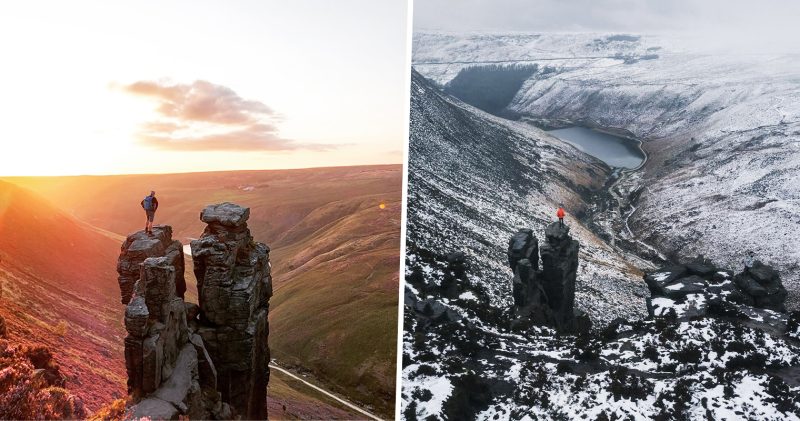 Standing high up above one of Greater Manchester’s most popular beauty spots is a lesser-known attraction, which has…
byDaisy Jackson