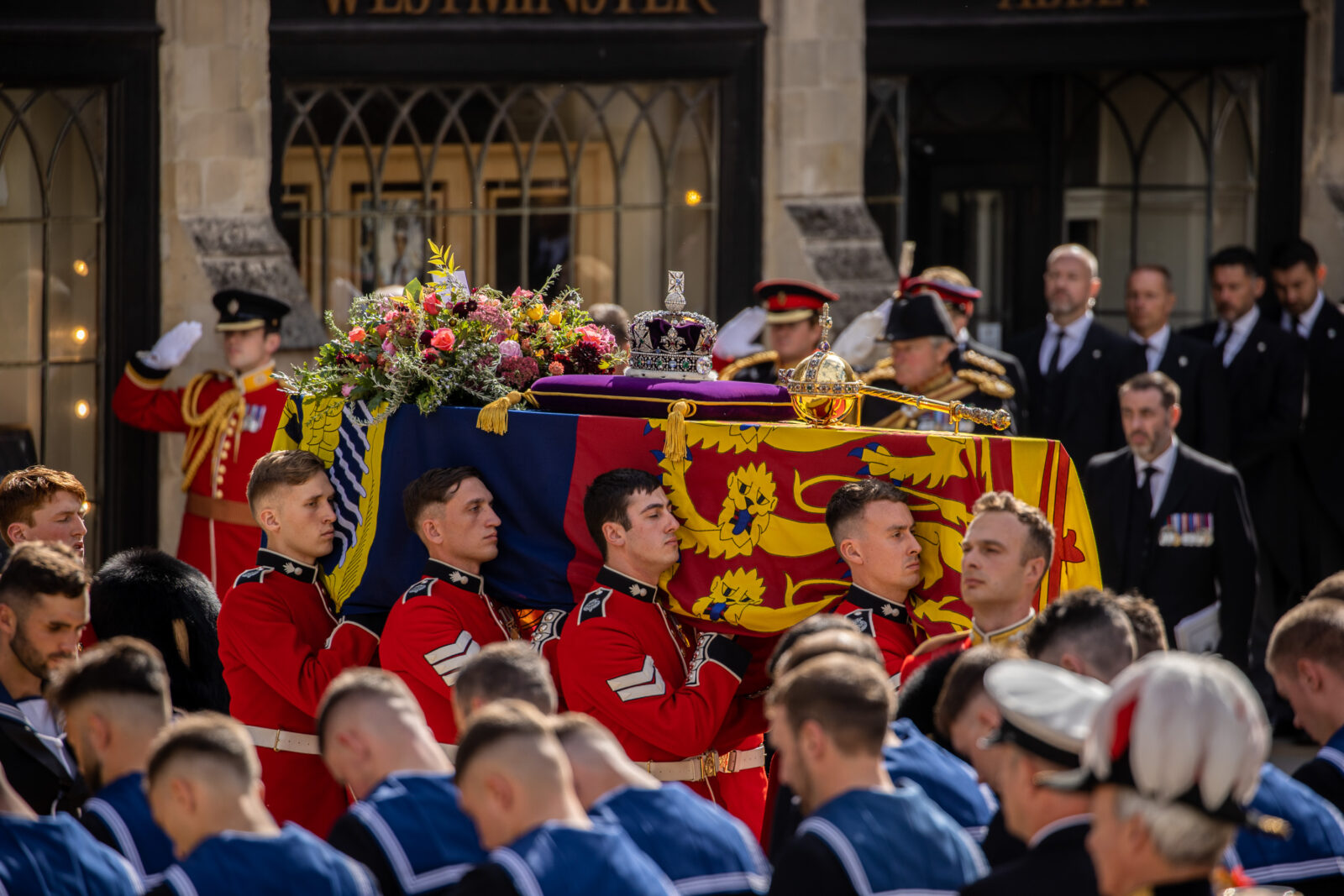 The nation bid a final farewell to HM Queen Elizabeth II at a State Funeral yesterday.

Around 2,000 guests attended the official service at Westminster Abbey, including world leaders representing nearly 200 countries and territories, 500 foreign dignitaries – such as politicians, civil servants, and some celebrities – and many ordinary members of the public selected for charitable or community works.

Tens of thousands of mourners also travelled to London and Windsor for the State Funeral and burial service, and many more were seen gathering at different hubs across the UK to watch the historic event in real-time.

Although the State Funeral concluded around midday, this was not the end of proceedings, as the Queen’s coffin then took the journey to Windsor Castle.

The procession first made its way to Wellington Arch, before arriving in Windsor and travelling up the Long Walk to Windsor Castle – where thousands of people lined the streets to pay their respects and catch a glimpse at the coffin.

A Commital Service was held at 4pm once the coffin arrived safely, and the burial is officially took place at 7:30pm.

Here is a selection of moving images captured before, during, and after the State Funeral.

All images were shared by The Royal Family via Twitter.

Admired for her duty and dedication to the role, today her remarkable life was remembered by all.