Coverage of the State Funeral is to be broadcast nationwide from 9am. 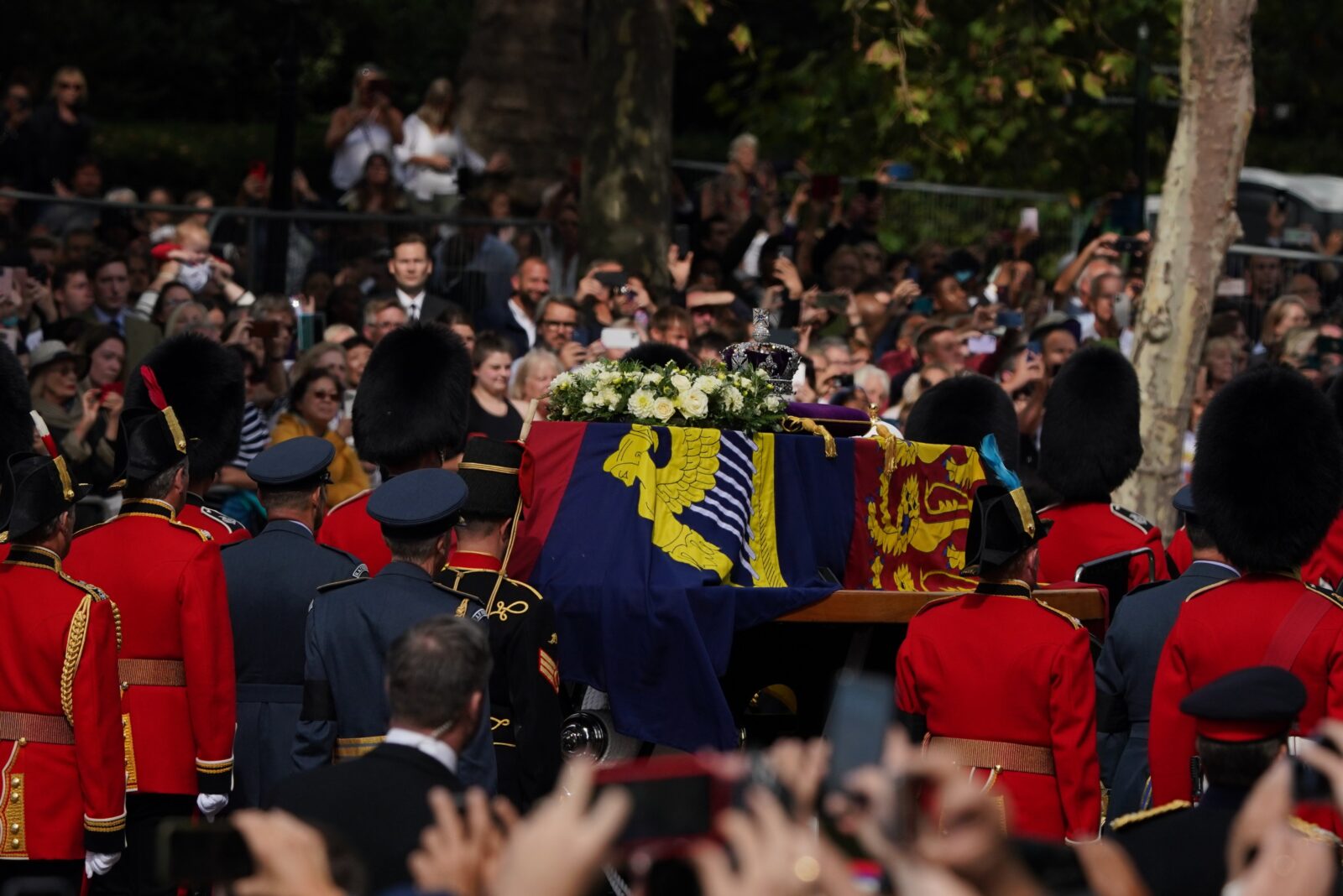 The State Funeral of HM Queen Elizabeth II is taking place today, and there’s several ways the people of Greater Manchester can come together to pay their respects.

With the UK in a period of national mourning, it was confirmed by Buckingham Palace and the UK government that the State Funeral would be held at 11am in Westminster Abbey today (Monday 19 September) – with a bank holiday declared, so that mourners nationwide have the time to properly pay their respects to the late monarch.

Due to the bank holiday, many businesses, companies, and organisations across the country have made the decision to close their doors today as a mark of respect, but for those wishing to watch the funeral in the company of others, there are still several ways that people can come together to do so.

Here’s a round-up of different ways to watch the State Funeral in Manchester today.

For those who wish to publicly pair their respects, Manchester City Council has confirmed that big screens in the city centre will show coverage of the State Funeral from 9am in these three popular locations:

Each site will be open to the public without the need for tickets.

There will be bag searches in operation and access to the squares will be limited when they reach capacity, but the Council has confirmed that people will be able to move in and out of the big screen areas throughout the day.

“This Monday will be a historic occasion as Queen Elizabeth II is honoured with a State Funeral,” said Cllr Bev Craig – Leader of Manchester City Council.

“We recognise that many people will take comfort in gathering together to share the moment as they pay tribute to the late Queen and reflect on her long and momentous reign and we are pleased to be able to support this communal remembrance through a public screening of the event.”

While Odeon, Cineworld, Picturehouse, Showcase and The Light – most of which have sites across Greater Manchester and the North West – have all confirmed they will be closing theatres nationwide today, others have taken a different approach.

Curzon and Arc are two of the cinema chains that have chosen to screen the funeral for free and cancel the rest of scheduled programming the day.

Vue – which is one of the UK’s largest cinema chains, and the operator of a handful of sites in Greater Manchester – has decided to do a combination of both, by cancelling all of its scheduled screenings today, but opening a select number of venues to screen the funeral from 11am.

“Seats will be free of charge and we will close our retail stands, but will offer complimentary bottled water during the broadcast,” Vue said in a statement.

With UK government guidance giving hospitality businesses nationwide the option to decide how they operate on the day of the State Funeral, several chains have chosen to keep their doors open and screen the funeral for free rather than shut up shop.

A few of the hospitality chains that have confirmed screenings today include.

This pub group more than 70 sites in Manchester, including The Slug & Lettuce on Deansgate, Walkabout Printworks, the Oxnoble in Castlefield, The Railway in Sale, The Beech Inn in Chorlton, and The Metropolitan in Didsbury.

Another popular chain that operates 20 pubs in the Manchester borough itself – including the Lass O Gowrie, Ye Olde Cock in Didsbury, the Kings Ransom in Sale, the Matchstick Man at Salford Quays and The Trevor Arms in Chorlton – as well as plenty of others throughout the city region.

Wetherspoons has confirmed that “the majority” of its pubs nationwide will be open from 1pm today following the State Funeral coverage, and will operate “normal trading hours after that”, so that means several of the city’s most popular drinking sites – including the Moon Under Water on Deansgate, The Waterhouse on Princess Street, and the Sedge Lyn in Chorlton – will be open for business to celebrate the Queen’s life.