Booze, streakers and speakers: The Strangeways Riots was Madchester in the sky

By The Manc
Tom Blackout/Unsplash 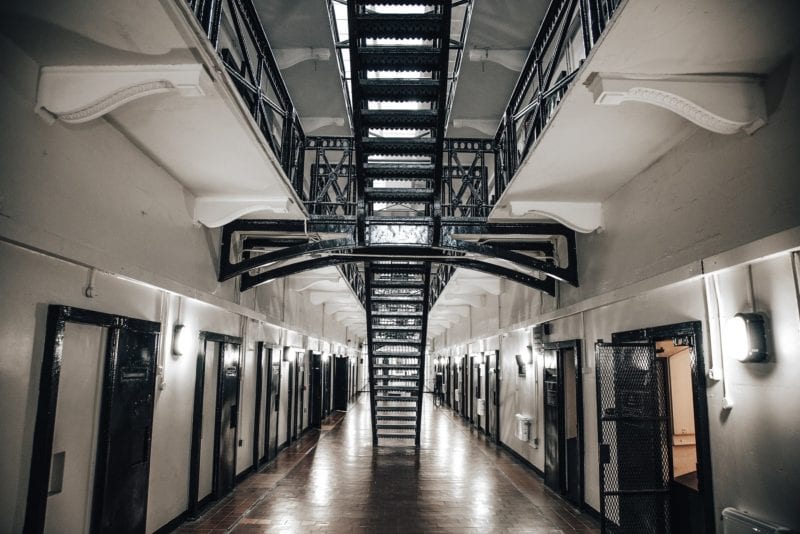 Manchester, April 1990. The 'Madchester' movement is in full bloom.

Gangs of men strip off their clothes and throw shapes in their birthdays suits to the tune of uproarious laughter.

And this was just at Strangeways Prison.

Madchester - the cultural scene that had put Mancunia on the world map - had consumed the city at the turn of the nineties. But it had also found a way inside the region's maximum security facility.

This weekend marks the final day of the longest protest in British penal history - a 25-day prison riot that echoed the rebelliousness of the city from which its dissidents were barred.

When the spring of 1990 rolled around, inmates had grown sick of the Victorian conditions at Strangeways. On the 1st April they launched a revolt; fighting off the guards and climbing onto the roof to stage a protest.

Not for the first (or last) time, every eye in Britain was on Manchester.

And one man watching the city vibe permeating prison walls was David Nolan - a young journalist covering the story for Piccadilly Radio. 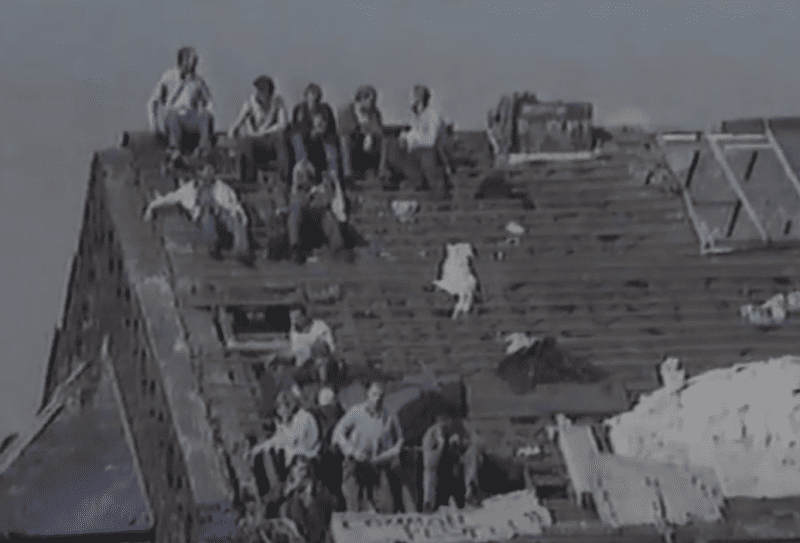 “Madchester was the perfect backdrop for the riots; if you were to get the footage of the guys on the roof, you could cut it to a Happy Mondays song,” David tells The Manc.

“The whole thing had this psychedelic, surreal weirdness. It was quite rock and roll - and very much of its time.”

“It was weird how quickly you got used to the surrealness of it all; this carnival atmosphere.

“There were people selling weed, beer, even Strangeways t-shirts. Helicopters used to fly over and cast shining lights. Fire engines would be hosing down the rooftops.

“When the prisoners would shout messages they wanted to get to the outside world, the home office would try and stop them by playing music at a deafening level, and their favourite song of choice - this is the British government - was 'Mr Blue Sky' by ELO.

“The prisoners were forever taking their clothes off and getting naked on the roof, too - you never saw on that on the tele, of course.

“Can you imagine that as a mix: The drugs, the beer, the water jets, the light and the music?”

David was stationed at Strangeways morning, afternoon and night, but he and his fellow journalists were never alone.

This was the biggest show in town - and every man, woman and child seized each opportunity to come and take a peek.

“You’d have waves of people just coming down to watch,” David explains.

“Some would come before work, then bring their sandwiches and watch the rioters at lunchtime. At half past three kids would visit after school, then you’d have people visiting when the pubs kicked out at eleven o’clock."

Whilst the public came and went, journalists were compelled to stay put as long as the prisoners roamed freely on the rooftops - scrambling to make notes whenever movement occurred above.

“It was a bit like lockdown in a weird way,” David recalls.

“Occasionally we’d go to a press conference, but for the most part journalists were stuck there.

“We saw a lot. Some it quite funny. There were so many bizarre things happening in and out of that jail.

“Sometimes they’d unfurl these daft banners - like one that said ‘Ken Dodd is innocent’." 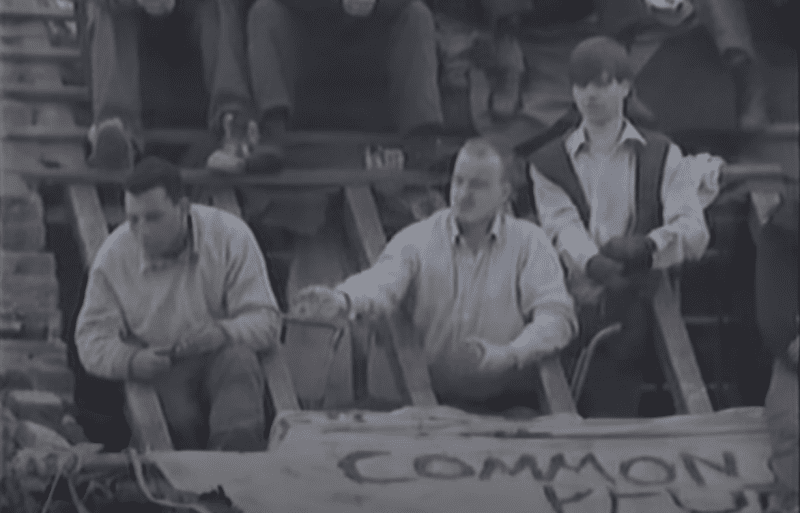 Dozens of prisoners set up camp atop of Strangeways throughout the month - but two quickly became the faces of the riot.

“Out of all the men on the roof, there were a couple that were most visually distinctive and easy to spot,” David tells us.

“Paul Taylor was seen as the 'ringleader', although he didn’t like that term. He was an extraordinary guy in some ways; very articulate with this flowery way of communicating.

“I remember him shouting from the roof: 'This is my decision and I am steadfast in my decision.' What a peculiar way of putting it.

“He would scrawl out all these long messages and some were quite lyrical. He was almost Shakespearean sometimes.

“When I interviewed him years later he told me the riot happened because he'd 'decided it was going to happen'. So this must have been in his mind for some time.”

Taylor has since repeated this claim when interviewed by the BBC, but admitted he was “regretful” the protest had turned into a full-scale riot.

“As well as Taylor, there was also Alan Lord,” David explains.

"He was this big, muscular, good-looking guy who was serving a long sentence at the time."

Lord was often caught on the cameras due to his sheer physique, and became well-known among the press after taking responsibility for carrying messages between the inmates and the Home Office. 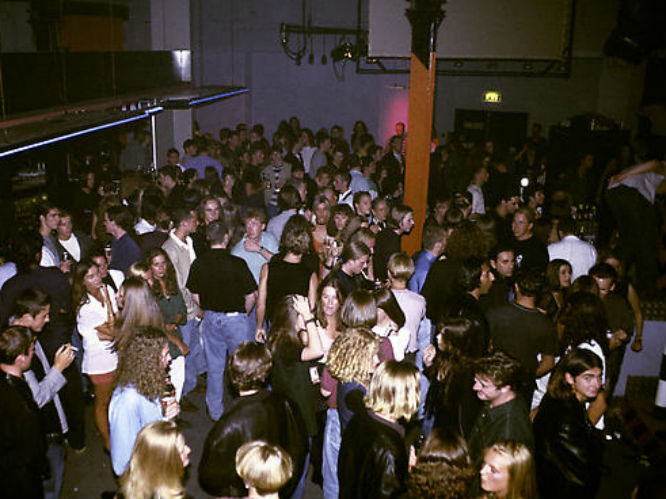 The protest ran out of steam when Lord was captured en route to a negotiation on 23 April.

Two days later, the remaining protestors called it quits and descended the roof via cherry picker - bringing the curtain down on the 25-day "carnival."

But of course, it wasn’t just three weeks of fun and games. The prisoners hadn’t battled their way to the summit of Strangeways just to put on a party for those below.

“We use the word 'rioters', but we could reframe it and change it to 'protestors',” says David.

“Conditions were bad in there. The jail was horrifically overcrowded and they were still slopping out.”

For the uninitiated - that’s defecating in a bucket.

There were several explosions of violence during the riots that resulted in almost 200 injuries and even one death. But despite the prospect of larger sentences the longer they protested, many inmates couldn’t face returning to the squalor that waited for them down below.

The prisoners were up on that roof because they had something to say - although the authorities were reluctant to let them articulate it to the press; proceeding to crank the music up to eleven whenever Taylor began to reel off one of his infamous speeches.

At times, David said the scene was extremely sinister.

“One evening it was very loud. All these horrible noises were erupting in the middle of the night and as it started snowing I got quite upset.

“I was thinking: ‘‘What on earth is going on inside that jail?’ It doesn't even bear thinking about.

“At times it was incredibly frightening.”

“Maybe it was coming. Twenty-four hours before Strangeways were the poll tax riots in London - which saw wooden polls being shoved through police car windows.

“Did that possibly tip it over the edge? I just think it’s a really interesting coincidence that it happened the day before.” 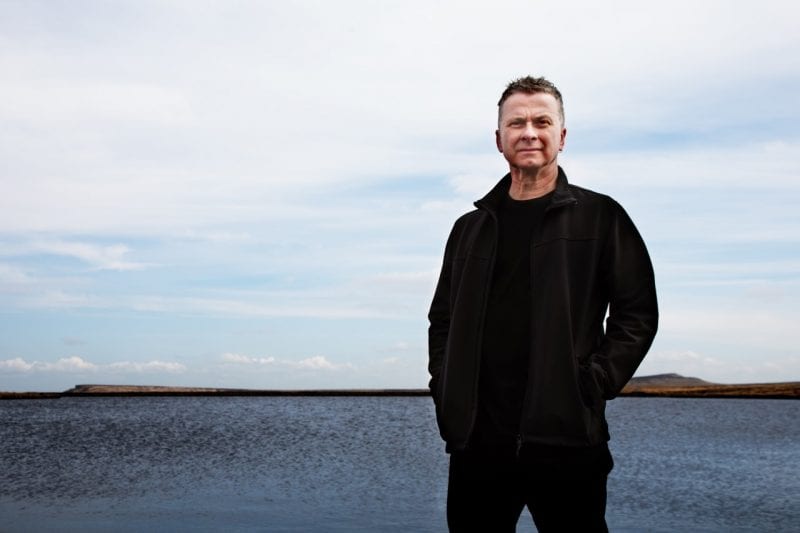 Whilst David has retold his experience of Strangeways on multiple occasions during a long writing career, he also used the setting as inspiration for the backdrop of his Manc Noir novel ‘Black Moss’.

“I cannot remember doing any other story of any description during Strangeways. Everyone was looking at that one place," he tell us.

“That was partly behind the idea for my book. A child murder happens during a riot, and with the media, police, public all over in one spot, something horrible happens elsewhere.

“I also heard a story about a murder taking place during 9/11. Someone saw an opportunity to do something when everyone was looking the other way.

“It’s about distraction. But all the Strangeways stuff in the book is all absolutely accurate.” 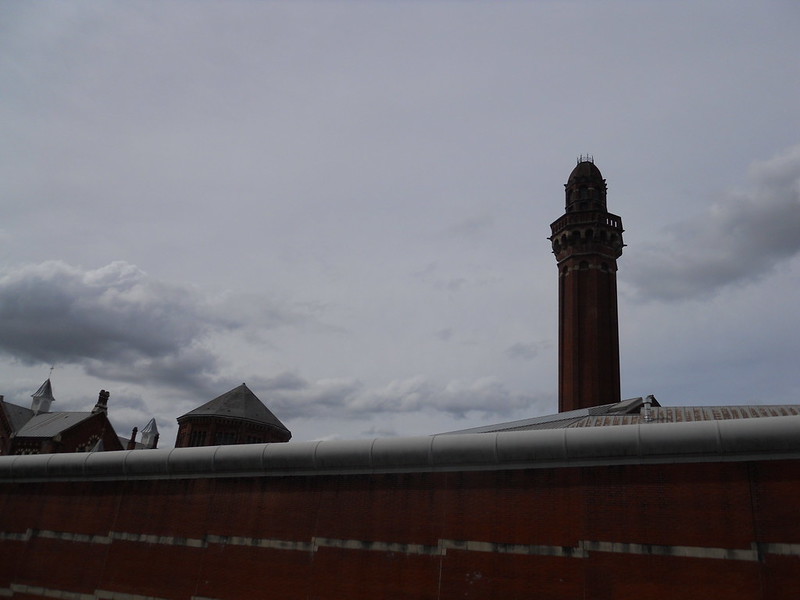 On April 25, the Strangeways Riots ended. In the months and years that followed, Madchester, as a movement, fell into decline. Factory Records went bankrupt, and the scene gradually blurred into the ‘baggy’ vibe of the nineties, before the emergence of Britpop at the backend of the decade.

Manchester is a strikingly different place today, and whilst Strangeways has been home to more rooftop protests since, the sight of a lone figure scaling the prison wall in jogging bottoms in 2017 did not conjure up the same kind of circus atmosphere.

As David attests, the madness of the 1990 riots can be attributed to how it represented an uncanny little time capsule of a chaotic era in history.

“If the riot had happened in Gloucester or something, I just don’t think it would have had the same vibe or attention,” he says.

That infamous pandemonium at Strangeways was, in some sense, Madchester in the sky.