From police raiding the village bars for ‘licentious dancing’ in the 80s to the famous footloose policewoman filmed on the parade in 2015, Manchester Pride has come a long way indeed.

Manchester Pride is today one of the biggest LGBTQ+ events in the country, bringing thousands into the city every year to celebrate love in all its forms.

Over decades, the festival has grown into one of the longest-running Pride celebrations in the country – expanding massively over the years, whilst doing its bit to raise awareness, acceptance, and huge sums of money for important charitable causes.

But it wasn’t always like this. Rather, when it began life in 1985 as the Gay Pub and Club Olympics, organisers had to deal with a lot of hostility from both the police and the public simply to put on some fun events like .boat racing down the canal, tugs of war, and egg and spoon races judged by local drag queens.

At that time, there was still a lot of institutionalised homophobia in Greater Manchester. Back then, the village was a secretive area that people visited covertly and most of the bars had blacked out windows so you couldn’t see in.

The community struggled with a lot of prejudice, as well as police raids to stop what was at that time termed as ‘licentious dancing.’

An except from Mancunian Gay magazine in 1984 titled ‘Not tonight, Anderton’ tells the story of how one night 20 plain clothes officers stormed into Napoleons and forced everyone in attendance to provide their personal information before being allowed to leave – an incident that was later branded as “an obvious case of police victimisation” in a press release issued by the Gay Centre.

In spite of this, the first Gay Pub and Club Olympics event still went ahead on the August Bank Holiday weekend of 1985. Notably, the event had the support of a new generation of Labour councillors elected in 1984 – who gave the gay community their support and appointed a Lesbian and Gay officer in a move reportedly inspired by Ken Livingstone.

Inspired by Livingstone’s ‘s early days on the Greater London Council, in 1984 those new Labour councillors created an Equal Opportunities Committee and appointed Lesbian and Gay officers Maggie Turner and Paul Fairweather in what would prove to be a landmark move for gay rights in the north of England

1986 saw things gradually improve for the community, as councillors ‘put their arms around’ the gay community and gave it their support, welcoming a Northern Pride event in 1986 and contributing public funds towards the previous year’s celebrations.

Paul Fairweather, Manchester’s first Gay officer, covered the 1985 event for Manchester magazine Mancunian Gay: That year, the council had donated £1,700 towards the event which was focused around fundraising for AIDS.

“Some of the bars got together to raise money for AIDS organisations in the city. There was a lot of support from the gay community and a lot more hostility from people in the city.

“At the time it was a very small event but people really, really put their heart into it. I think underlying it was beginning of the AIDS epidemic – people were concerned about the future.”

As the ’80s continued, Manchester’s fight for gay rights continued with the Section 28 march in 1988 acting as a huge turning point as the Thatcher government’s draconian legislation brought people out onto the streets to protest in their droves.

At the time, Manchester was almost alone in voicing its opposition and those involved came under huge pressure both politically and through the media. However, the marches were huge in that for one of the very first times locals who weren’t part of the gay community joined in solidarity and allyship.

Ultimately, though, that protest put paid to the restrictive legislation, which had been introduced to explicitly discriminate against gay people and prevent them from discussing their sexuality with, say, teachers or social workers at the time.

The march also did its bit to bring together different elements of the disparate tribes within the LGBT community, and the next year was followed by another event called Love Rights ’89 – which was billed as a “celebration of Lesbian and Gay Sexuality”.

Still, it wasn’t until the early nineties that the Gay Village welcomed its first openly-gay bar and even then police raids in the area continued right up to 1994.

The battles against institutional homophobia were still being fought, clearly, and some continued to call the Canal Street area ‘Satan’s Square Mile’ – but the opening of new nightclubs like Nightclub Cruz 101 and seminal events Electric Chair and Poptastic saw the community pushing back.

In 1991, the Village Charity was formed and the Manchester Mardi Gras, ‘The Festival of Fun’ was created – raising £15,000 that year alone.

That year, there was a ‘street market’ in Sackville park (instead of on the road outside the Rembrandt Hotel) soundtracked by DJ Mike Coppoc, and a ‘It’s a knockout’ competition that was characterised by the wearing of some very tight cycling shorts – by all accounts ‘the thing’ to wear at the time.

A heartfelt speech by Paul Orton of The Village Charity closed that year’s event on the Monday night, followed by a fireworks display which ended with “Manchester Cares” spelt out in the night sky.

In the years that followed, the free-to-attend event grew and grew, with stages erected in the public park and on the car parks every year. Then, in 1999, for the first time ever the Gay Village area was fenced off and what was then known as a  “pledgeband” was introduced, with a commitment that 50% of proceeds raised would go to charity.

The decision to cordon off the village and charge an entry fee was contentious at the time, and is still considered to be so by some today – with some campaigners arguing that the wristband system prevents some members of the community from taking part by imposing financial restrictions.

In part because of this, some bars and clubs in the village still don’t require a wristband to gain entry to this day and the campaign group Facts About Manchester Pride have done quite a lot of work to suggest that there isn’t a basis in law to charge people access to the village over the Bank Holiday weekend.

Despite the contention, though, for many the party was only becoming more popular. By the early 00’s the event was attracting more than 100,000 people a year.

Renamed from Mardi Gras to Gayfest in 2001, the celebrations still didn’t officially become Manchester Pride until 2003, when the event was renamed once more – this time by Marketing Manchester.

In the years that followed, millions of pounds have been raised through the festival – which now has numerous different parts to it such as the Superbia Weekend, the Gay Village Party, Manchester Pride Parade (which is not taking place this year), Youth Pride MCR and the Candlelit Vigil.

It’s also continued to push the boundaries and campaign for equality, too. Manchester’s parade was the first in the UK to include services like the police, NHS and army amongst its floats – showing just how far things have come within the space of 20 years.

Remember the dancing footloose policewoman filmed on the parade in 2015? We can’t imagine that having happened without the progress of the past 20 odd years.

From what was essentially a jumble sale in the 80s to a world-recognised event, no matter what criticisms you may have of Manchester Pride it’s still fair to say that it has done a lot for promoting equality within the wider community. It’s also one of our favourite times of year.

Of course, the work’s not done – in 2019, the festival’s Chief Executive went on record to say that “the fight has only just begun.”

“Every year I am asked do we still need a Pride celebration and every year I say yes we do.,” said Mark Fletcher.

“We must support every single member of every single LGBTQ+ community and fight until they feel equal and free to be themselves.”

This year’s Manchester Pride takes place from 27 – 30th August with the main party happening in Manchester’s Gay Village. To see the line-up and find out more about this year’s event, head to the festival’s website here. 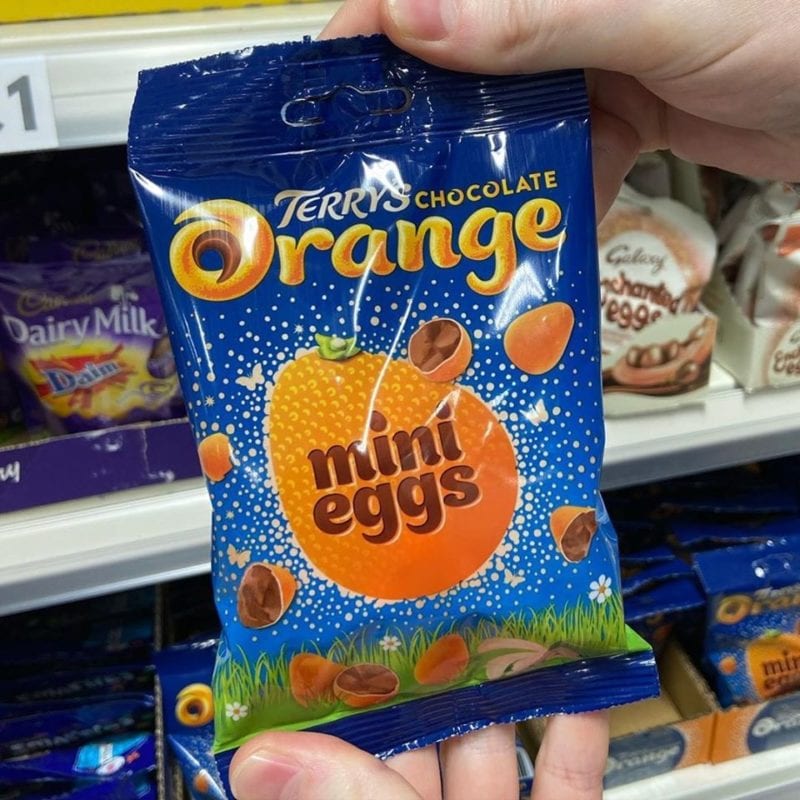 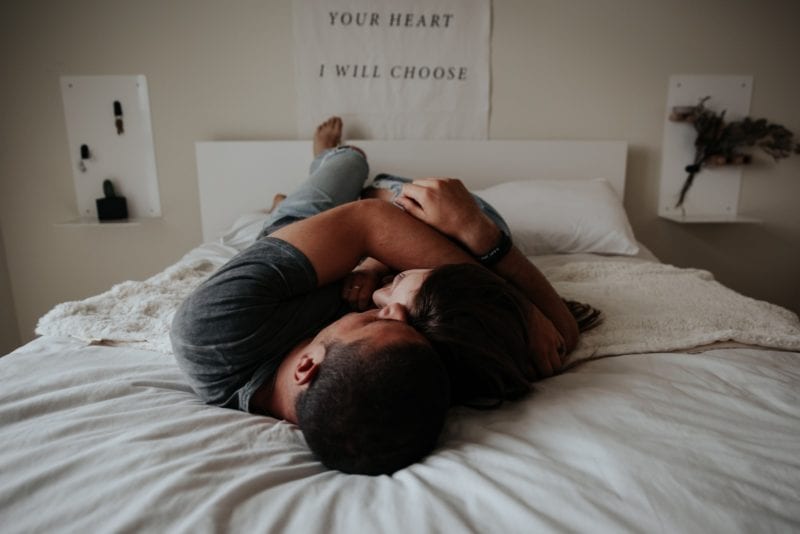 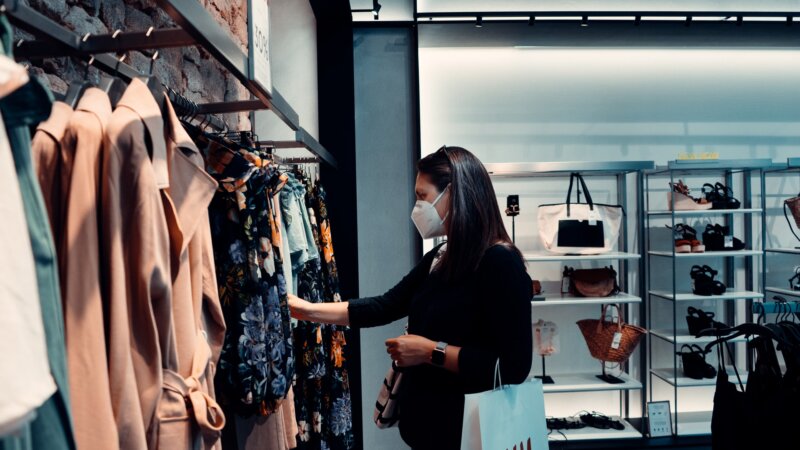 The Prime Minister was recently pictured visiting shops in local constituency whilst wearing a mask, and today he confirmed that the evidence of mask's effectiveness in stopping droplets has been "growing".
byThe Manc 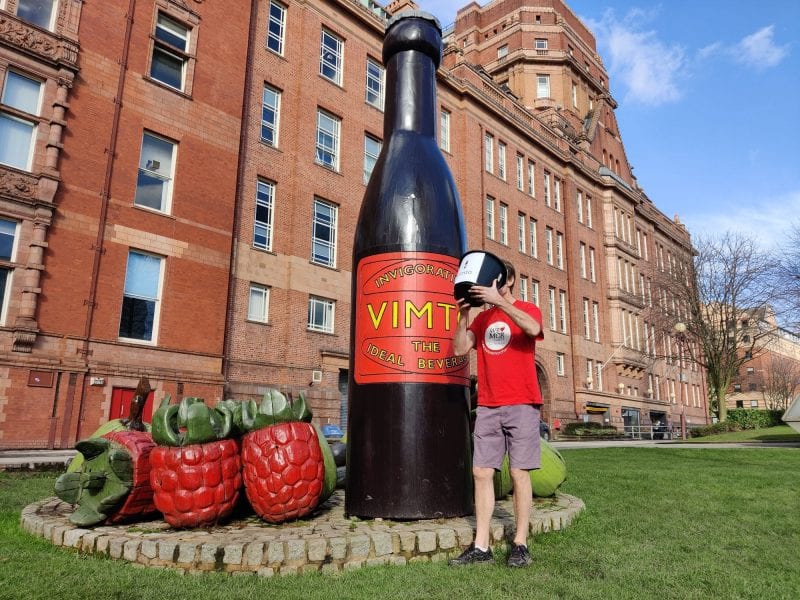 The iconic charity's 10K challenge takes you past some of the places where Manchester’s history was written.
byEmily Sergeant