'A lovely guy who did a great deal'. 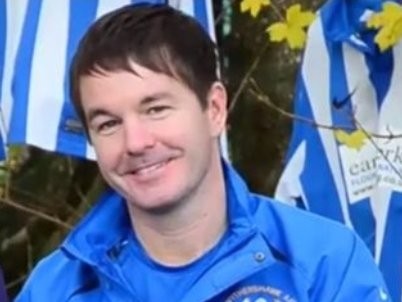 Wythenshawe Amateurs FC have paid tribute to their former manager and player, Wayne Dux, who sadly passed away on Sunday, 23 October, aged just 45.

The Ammies were informed of the local legend’s passing over the weekend, issuing a heartfelt statement across their social media channels. His cause of death is yet to be confirmed.

Those reacting to the tragic news online flooded posts with their condolences and positive stories about the late businessman and much-beloved community figure.

Everyone from friends and former teammates to local Greater Manchester teams and other football leagues have been paying their respects, with many labelling him a “top lad” and a “proper football man”.

We’re so sorry to hear this. Our thought’s are with you all, as well as Duxy’s family and friends.

RIP Duxy so very sad to hear this news. Top Lad. We were on the pitch on Boxing Day it’s madness. True Wythenshawe football legend.

Such sad news! A face that will be known to many in both local and @CheshireFL football!

Condolences to his family, and his football family @wythenshaweafc and @styalfc

But as evidenced by his contributions as a business owner and action worker across multiple areas across the region, he was so much more than that.

As noted by many in the comments, as well as being a “good teammate, coach and friend”, ‘Duxy’ helped deliver crucial food parcels to those in need during lockdown and was one of the key figures who put together Wythenshawe AFC’s bid for additional funding from FA sponsors.

Operating out of his Wilmslow-based action group, C19 Styal – established during the Covid-19 pandemic – the former Ammies and Styal FC manager set up a food bank, helping deliver groceries and other crucial aid to the likes of Sale, Wilmslow, Trafford, Wythenshawe and more.

Our thoughts are with Wayne’s family, friends and former club colleagues, who by all accounts have hailed him as a “wonderful person” and a “local hero”.