The expert judges described the Trafford town as a place where "suburbia meets utopia". 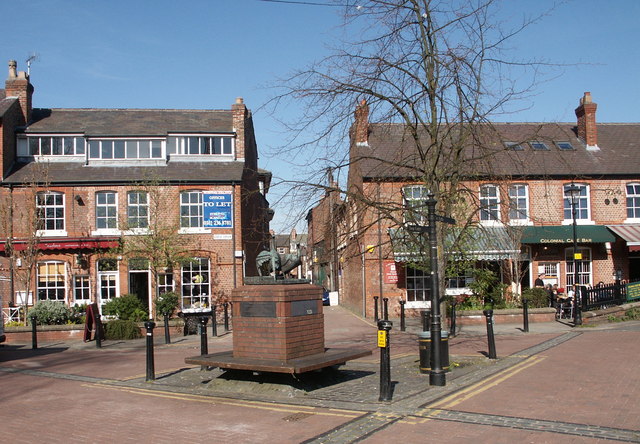 Altrincham has retained its coveted title by being named the best place to live in the North West of England for the second year running.

The Trafford town is top of a list of eight locations in the region, as chosen by The Sunday Times in the annual ‘Sunday Times Best Places to Live’ guide, with the judges describing it as where “suburbia meets utopia”.

The Sunday Times’ expert judges curate the list each year by assessing a wide range of factors, from schools, air quality, transport and broadband speeds, to culture, green spaces and the health of the high street.

They look for improving towns, villages or city centres, for attractive, well-designed homes, and locations bursting with community spirit.

When it comes to Altrincham in 2021, the judges were particularly keen on the area’s schools – with the girls’ grammar being named the North West state secondary school of the decade by The Sunday Times Parent Power guide, and the boys’ grammar landed second place – and the convenient tram route into central Manchester was also noted as a highlight, along with its open spaces such as Stamford Park, the River Bollin, and the National Trust’s Dunham Massey.

The Everyman cinema, “neat specialist shops” such as Batch Bottlestore and the Idaho interiors shop, as well as restaurants such as Sugo Pasta Kitchen, were also all mentioned.

Most of all though, the judges were impressed with the town’s iconic market and food hall – which has been responsible for the regeneration of the town centre that was once described the “worst high street in Britain” – and heaped praise on the way it has remained at the heart of life in the area, despite prolonged closures and challenging circumstances amid the coronavirus (COVID-19) pandemic.

Helen Davies – Property Editor at The Times and Sunday Times – said this year’s guide has never been more important, as the pandemic has taught us how much we rely on our homes and communities and has lead many to reassess our priorities on where we really want to live.

“Our focus for this year has been community, countryside and convenience,” Helen said.

“It hasn’t been a year for big cities or small villages. Instead, it is small towns that have shone – big enough to have everything you need within walking distance and small enough for everyone to feel connected.

“Altrincham was chosen as our regional winner this year as it has everything you want in a suburb: parks, excellent transport links and top-class schools.”

She continued: “The inspirational market and food hall that transformed the town centre from the worst in Britain to a favourite destination have continued to show their value, even during the pandemic”.

Steve Ford – Altrincham Property Expert from Purplebricks, who has been in estate agency for 37 years – added that the town has always been an “extremely popular hotspot.”

“The tram gets you to the centre of Manchester in about 20 minutes whilst you still enjoy the leafy suburbs on the edge of the Cheshire countryside,” he said.

“Altrincham town centre is enjoying a huge investment and resurgence.

“The announcements this week around the proposed improvements to the Stamford Quarter further illustrate how the town centre is truly returning to a bustling market town”.

Alongside Altrincham, the seven other North West locations listed in the guide were Manchester – particularly the area around Manchester Piccadilly station, with Ancoats, Chorlton, Didsbury and Levenshulme also getting a shoutout – Saddleworth in Oldham, Knutsford and Bollington in Cheshire, Liverpool, and Kirkby Lonsdale, and Arnside and Silverdale, all in Cumbria.

Taking the top spot for the best place to live in the UK in 2021 is the small market town of Stroud in Gloucestershire.