It's been so popular, supermarkets had to security tag it. 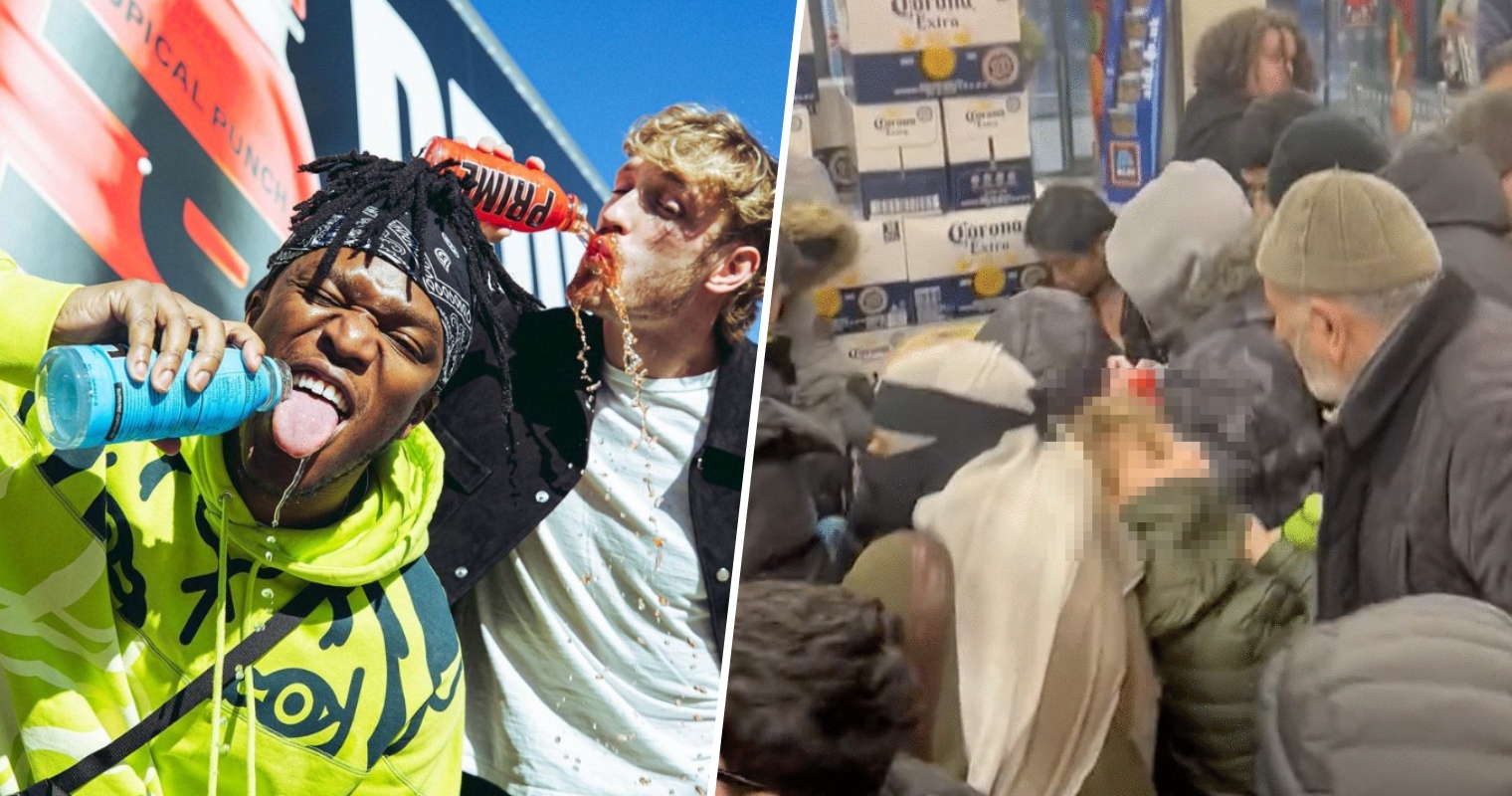 The energy drink that went so viral supermarkets had to put security tags on them is now available in Aldi – and there have been mad scenes in shops across the UK.

Prime, which was created by YouTubers KSI and Logan Paul, had shoppers queueing up outside shops from the crack of dawn when it launched in October.

The energy drink was initially only sold in Asda, where demand was so high the supermarket giant had to introduce a three-bottle limit on all purchases.

It also had to start putting security tags on them to prevent anyone stealing bottles of Prime, which were selling on eBay for hundreds of pounds.

There have been similar scenes outside Aldi stores today, with shoppers seen queueing outside from 5am to buy the £1.99 drink.

Videos have also emerged of people pushing one another out of the way to snatch up a bottle for themselves.

One person joked that they ‘drop kicked a granny and threw a child out of the window’ to buy a bottle, saying their local store sold out in just 20 minutes.

Others have reported their local branch of Aldi selling out of Prime within just three minutes.

Aldi shared the news yesterday, tweeting: “THIS IS NOT A DRILL. @PrimeHydrate will be in stores from tomorrow! You’ll be able to grab one of each flavour while stocks last! @KSI meet you there?”

But once again, there are rules on how much you can actually buy.

Aldi is limiting shoppers to one of every flavour of Prime from today, which it’s rolling out as part of its Specialbuy offers.

“The supermarket is expecting high demand so a purchase limit of one of each variant per customer has been set to ensure as many people as possible get the opportunity to buy the product.”

One shopper said their local Aldi ran out of Prime within four minutes, comparing it to the golden tickets in Charlie and the Chocolate Factory.

The Prime Tracker Twitter account, which helps people track down the drinks, has been sharing videos and photos from around the country.

It’s shown checkouts full of the colourful bottles, queues winding across car parks, and what appears to be videos of full-grown adults snatching drinks off children.

Honestly, just have a scroll through this lot. Mind blown.