Your travel restrictions questions answered ahead of Christmas Day on Friday

Here's everything you need to know about the latest Christmas travel rules across all tiers in England. 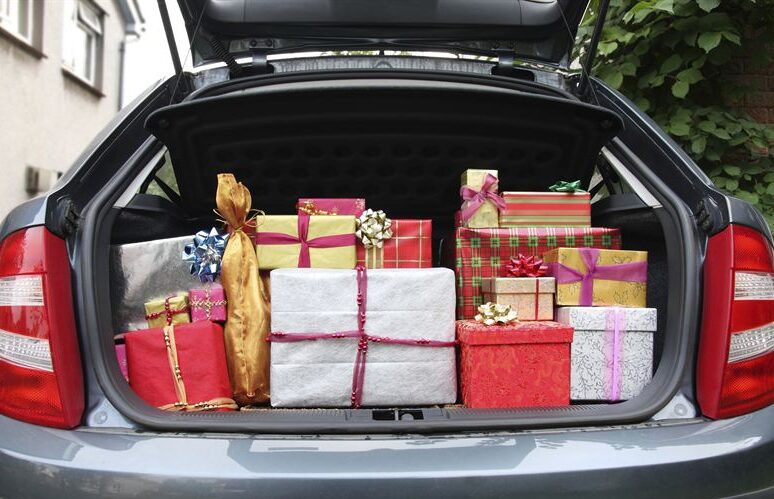 With Christmas Day fast approaching on Friday, the UK government has made amendments to the travel rules across England.

This now means that the tier you live in dictates where you can travel.

In what is a bid to curb the spread of coronavirus (COVID-19) and the “new variant” detected, Prime Minister Boris Johnson announced this past weekend that the initially-announced plan – which allowed up to three households to form a ‘Christmas Bubble’ between 23rd – 27th December – will now be reduced to just a single date – 25th December.

It also comes as all of London and other parts of the South East of England have now been placed into Tier 4 restrictions, which has put a significant halt on travel and Christmas plans.

Residents of all tiers however have been told by the UK government that: “You should stay local and avoid travelling outside of your local area, meaning your village or town, or part of a city, where possible. People should continue to travel for reasons such as work, education, medical attention or caring responsibilities.”

But for one day, these rules will be lifted to allow for households to meet to celebrate the festivities.

Those in some tiers will be allowed to travel to other parts of the UK, but this is subject to which tier the area they live in is under.

Three households can still meet up to celebrate Christmas on 25th December.

This means that the current Tier 2 and Tier 3 restrictions – which prevent people from meeting indoors with those from outside their household – will be scrapped for 24 hours on Christmas Day only, however residents in these tiers cannot see anyone from a Tier 4 area.

All Christmas bubbles must be exclusive.

This means that if three separate households meet up on Christmas Day, none of the groups can then see anyone else from other households, however the government says you should think very carefully about the risks and only form a Christmas bubble if you feel you absolutely need to.

Wherever possible, residents are encouraged to discuss alternatives to meeting up in person.

Residents of Tier 3 locations or lower who choose to form a Christmas bubble (of up to three households), are encouraged by the government and health professionals to carefully consider the risks of travelling at all.

If you live in an area with the highest level of restrictions, you should avoid travelling to lower prevalence areas where possible, but should you decide you do need to travel, you are asked to make travel plans in advance – including booking for public transportation services – to enable you and others to travel safely, and plan your outward and return journeys carefully.

You must only travel and return on Christmas Day.

You must not visit or leave a Tier 4 area in order to see others at any point during the Christmas period.

Households in Tier 4 areas will not be allowed to mix – except for already-formed support bubbles – and people are only permitted to meet one person from another household in outdoor public spaces.

Restrictions will not be relaxed on Christmas Day.

Should anybody be found breaking the rules in a Tier 4 location, the police can take action against you.

This includes breaking up illegal gatherings and issuing fines. You can be given a Fixed Penalty Notice of £200 for the first offence, doubling for further offences up to a maximum of £6,400, and if you hold, or are involved in holding, an illegal gathering of over 30 people, the police can issue fines of up to £10,000.

As announced in a joint statement issued by Greater Manchester’s ten directors of public health yesterday, anyone who has travelled to Greater Manchester from Tier 4 areas – or Wales – for Christmas is being told to self-isolate for at ten days.

Anyone arriving to the city-region is urged to remain in whichever house they are staying at for that period, starting from Saturday 19th December.

They are being warned not to have visitors over that time, including on Christmas Day, although people in the same house do not need to self-isolate unless anyone develops symptoms.

Travelling from England to Wales or Scotland

The UK government has ultimately advised that the safest way to celebrate Christmas will be to do so with your own household in your own home.

Scotland has banned all travel in and out of the country – meaning Christmas bubbles can only be formed within the Scottish borders – but Wales has allowed cross-border travel to meet with households in Christmas bubbles, however this will be limited by the fact that you will need to leave and return to your home on Christmas Day.