Those watching could barely hold back the tears. Absolute legends, the pair of 'em. 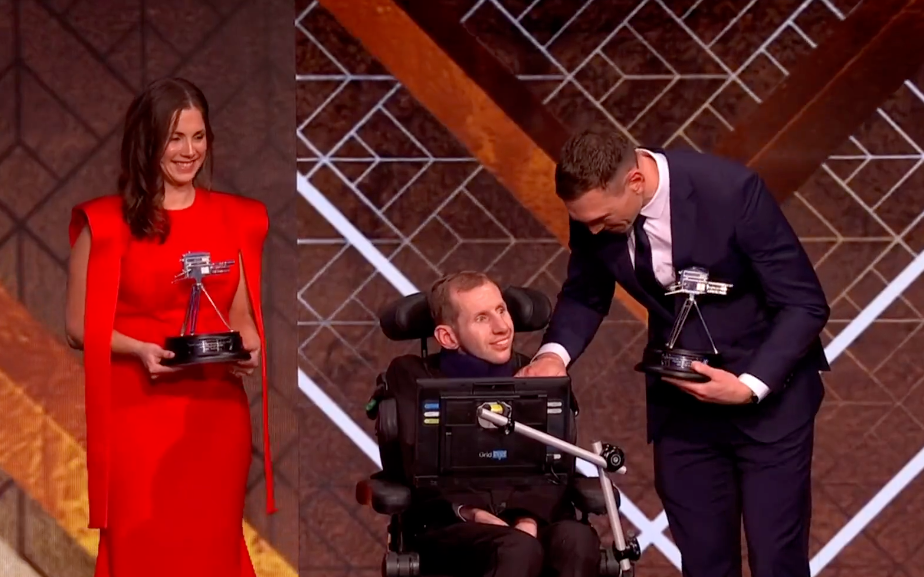 Ex-rugby stars turned motor neuron disease campaigners Rob Burrow and Kevin Sinfield have both been honoured at this year’s BBC Sports Personality of the Year ceremony.

The former Leeds Rhinos teammates have both gone on to become truly inspiring individuals in their own right but remarkable fundraising figures too, generating millions for the Motor Neuron Disease Association (MNDA) and other charities in the last few years.

Raising huge awareness around the condition in the UK, the pair’s impact could not be overstated, with Burrow earning the Helen Rollason Award “for outstanding achievement in the face of adversity” and Sinfield also handed a special award for his own extraordinary efforts this year.

We’ll pre-warn you, it is a tearful watch:

Having already been awarded an MBE not only for his services to sport but for MND charities and now this, Burrow told the audience: “I’m totally overcome with this award due to the amount of amazing people that have won this before, in particular my MND hero Doddie Weir.”

Weir – a fellow rugby and fundraising hero in Scotland – sadly passed away in November this year, with legends of the sport turning out for his tartan memorial service earlier this week.

Speaking via the same computer that allowed him to read his own CBeebies Bedtime Story in his own accent earlier this year, Burrow said that he didn’t feel he would be here without having met Weir less than a week before his diagnosis in 2017, insisting that he was accepting on the award “on his behalf”.

He also recognised his friend Kevin, “who makes the impossible, possible”, and his family and wife Lindsay for putting their lives on hold to care for him, stating that he would not be here “without [their] sacrifice”. He also thanked his fellow MND warriors, assuring them, “we will not stop, we’ll find a cure”.

As for local Oldham lad and OBE, Sinfield, he delivered some rather moving words of his own as it was clear there was a lot of emotion on the stage, throughout the room and certainly among those watching back home.

The 42-year-old dubbed his friend and colleague as “the most inspirational bloke in the UK at this time”, remarking that his efforts have “shown us all how to be better friends” during difficult times.

He also went on to reflect on the power of sport and its ability “to bring communities together and provide hope” for groups like the MND community, also honouring Doddie Weir by sharing his lasting and crucial message: “MND isn’t incurable, it’s underfunded”.

However, Sinfield’s own inspiring and simply incredible feats cannot be overlooked, having completed the ‘Ultra 7 in 7’ marathon challenge in 2022 on top of numerous other unbelievable achievements in previous years, helping raise over £7 million for MND charities.

The newly-named England defensive coach summed up his speech by reassuring that “we are going to keep fighting; these people need us, the families need us”, adding that he and his team, not to mention everyone else involved in MND will “keep banging the drum and doing our best”.

Truly powerful stuff and more than well deserved, both of them.

If you want to help Rob Burrow and Kevin Sinfield and make an impact in fighting this disease, you can donate to the MNDA here.