Tyson Fury vs Oleksandr Usyk fight agreed for ‘early next year’, according to promoter

This is going to be epic. 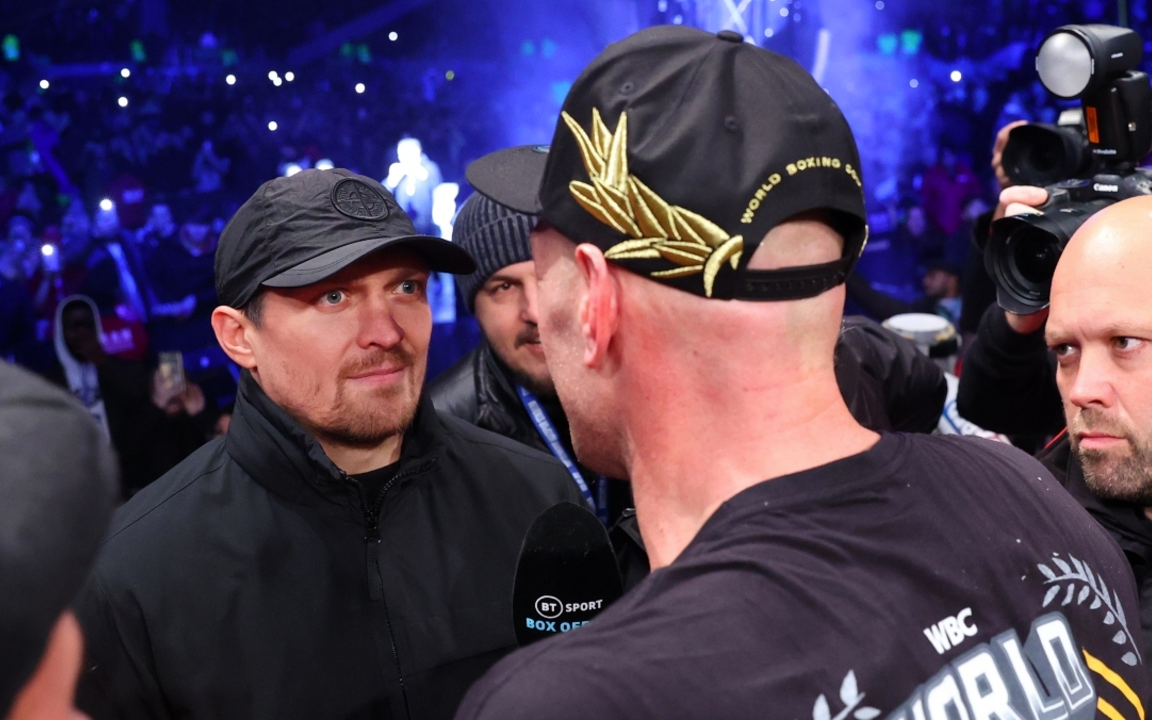 The Tyson Fury vs Oleksandr Usyk fight has reportedly been agreed, according to the Mancunian boxer’s American promoter, with an early 2023 date set to be announced soon.

Bob Arum of Top Rank – the company that represents Fury in the US – told Sky Sports on Wednesday, 21 December that “the two fighters have agreed to fight each other next” following the 34-year-old’s most recent trilogy fight against Derek Chisora, sealing yet another victory.

Taking aim at Anthony Joshua, Arum said that “With Fury and Usyk we’re dealing with two adults, not a lot of [rubbish] back and forth”, adding that he’s “very confident” the match-up will go ahead without any interim fights

For the longest time, the hope was that The Gypsy King would face off against Joshua in the much-anticipated all-British bout. However, after lots of ‘will they won’t they’ and AJ’s second defeat to Usyk in his August rematch, the appetite seems to have dwindled. Now, this is all fight fans seem to want:

Arum went on to insist that Usyk is a ‘good friend’, describing the Ukrainian as “very intelligent and Tyson [as] Superman, both as an athlete and as an intellect.”

The promoter said that the only details left to firm up are the date and the venue, though he assured that the fight is definite and “will happen in the first four months of next year.” That’s what we like to hear.

As for where it will be held, despite numerous offers from the Middle East, he said that both camps are excited by the prospect of meeting on the world heavyweight champion’s home turf, admitting that “to go back to Wembley… before 95,000 people really stirs up the blood.”

Despite Fury previously calling out his opposite number and suggesting that, like AJ, Usyk was too scared to fight him, it would seem the 35-year-old is more than up for the task He shared this just a few days ago:

So, it looks like we’ll be getting Fury vs Usyk early next year and, fingers crossed, on British soil. The atmosphere will no doubt be electric.

We can only hope this fight goes ahead as planned and doesn’t fall into the same trap AJ vs Fury did before fans lose patience and interest.

Can Tyson take that final step towards unification before he ‘retires’ once again or will Usyk finally be the one to finally challenge the boxing juggernaut and dish out his first loss?