Arlo Wolf has launched an interactive map featuring Manchester's beer gardens that get the most sunshine - which could come in handy for next week and indeed later in the summertime. 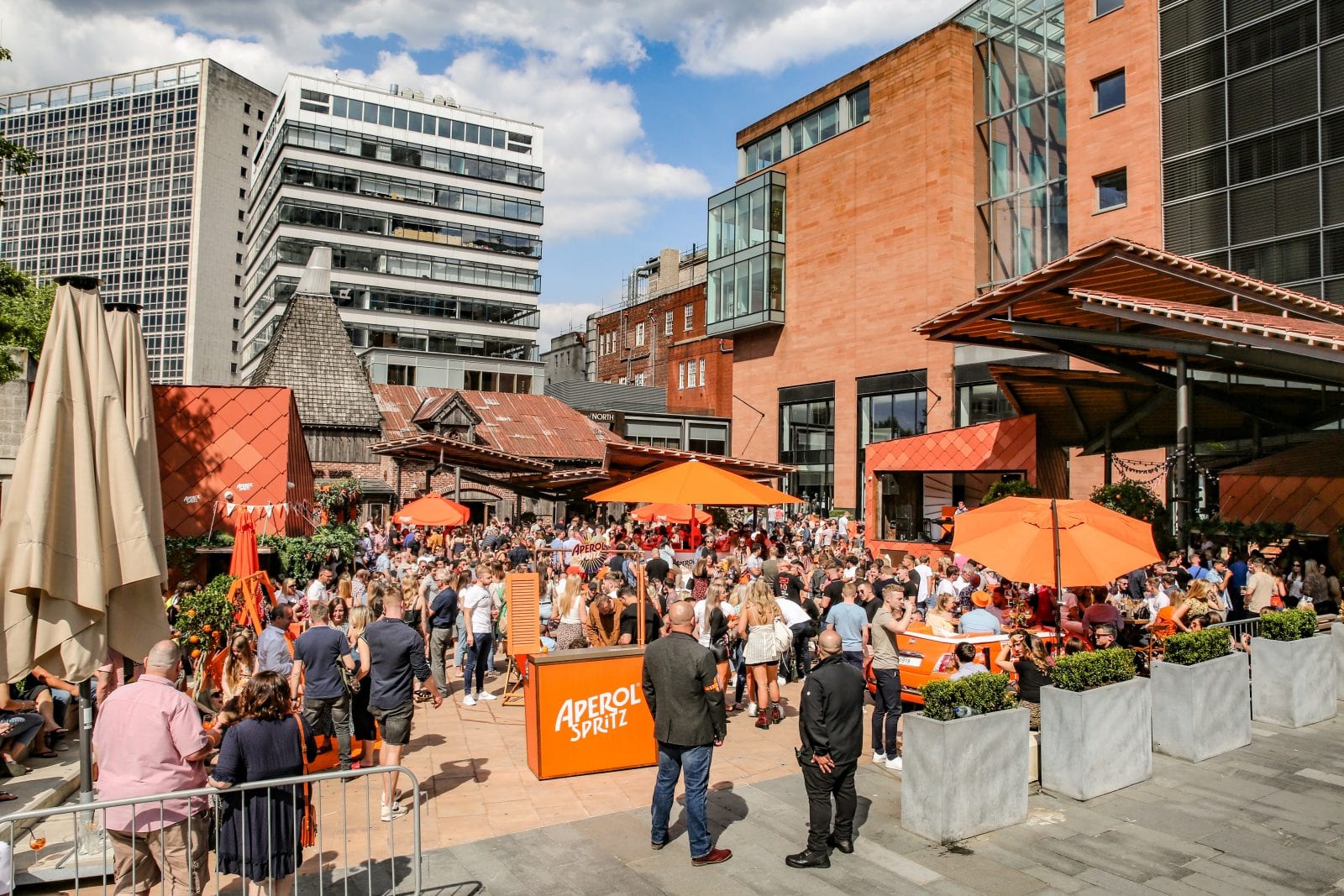 Mancs don’t ordinarily need much of an excuse to sit outside. As soon as the sun pops out from behind the clouds, we obediently take a pew outside the pub and bask in the rare rays for as long as possible.

But on Monday, Mancs will be flocking to beer gardens come rain or shine.

April 12 signals the reopening of outdoor hospitality in England – meaning hundreds across the city will be searching for Manchester’s suntraps come closing time on Monday evening.

Ahead of the grand reopening, one local company has begun listing the best outdoor spaces in town.

Arlo Wolf has launched an interactive map featuring the beer gardens in Manchester that get the most sunshine.

You can view the map online.

The bars featured on the map include:

Located in the railway arches of Deansgate, this industrial-style bar serves over 500 different types of gins from all across the globe – boasting a south-facing beer garden that invites in the sunshine.

A splendid canalside bar with a beautiful south-facing patio, Dukes has become a firm favourite with the Castlefield crowd and attracts big crowds every summer.

Dukes 92’s handsome neighbour The Wharf is also home to a large sun terrace that overlooks Castlefield Basin – with a huge selection of drinks and food available.

All the recent talk in Manchester has been about the upcoming BrewDog Hotel, but right now the top place to sip a pint of Punk IPA is on Peter Street – which has a small yet nicely-shaped outdoor terrace that catches plenty of rays.

From Banyan Bar & Kitchen to The Cosy Club, The Corn Exchange’s restaurants will go al fresco from next week. The south-facing square is always a guaranteed hit in the summertime. There’s also Oyster Bar nearby – which has been firm favourite with locals for decades.

Located in the heart of Spinningfields and overlooking the River Irwell, Scene Indian Street Kitchen is relaunching next week with its sun-drenched outdoor terrace. Great-tasting grub and mouth-watering cocktails will all be on the menu.

Arguably Manchester’s most popular beer garden ever due to its size and stature, The Oast House is also apparently one of the likeliest places to get some sunshine. It’s going to be busy this summer, that’s for sure…

Impossible is home to a long, stretching outdoor terrace on the other side of Peter Street – and the venue is all set to relaunch on April 12 with a brand new menu. Bottomless brunch is also returning.