The McDonald's Reindeer Ready website allows parents create a video of reindeer tucking into carrots in your living room. 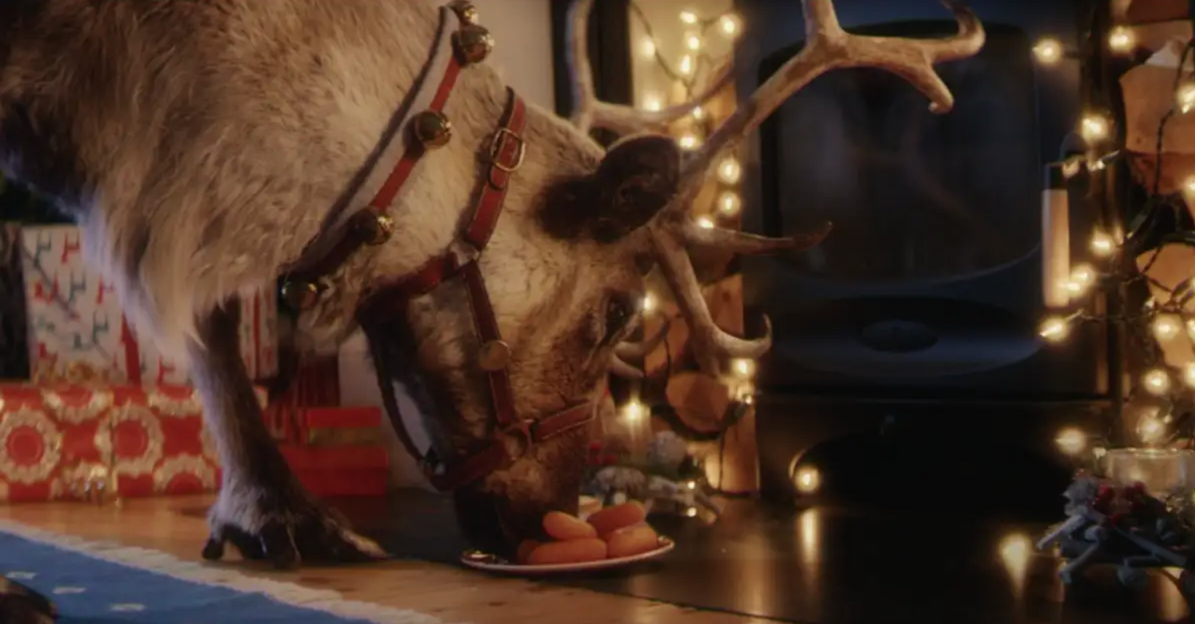 We all know  that “Christmas cannot be normal” this year due to the coronavirus (COVID-19) pandemic, but there’s still plenty of ways to keep the festive spirit alive.

Children will often face a sleepless night of excitement on Christmas Eve as they wait to spot signs that Santa and his team of reindeer have visited, but as well as the collection of presents he leaves behind, much of the magic also comes from seeing a half empty glass of milk (or something stronger), and a generous bite from a carrot to prove the big man and his reindeer appreciated the snacks left to help him on his way.

And although Santa is far too clever to ever be caught on camera during his busiest night of the year, a McDonald’s creation will allow you to show your children something truly special when they awake on Christmas day.

The McDonald’s Reindeer Ready website has been proved to be huge hit with parents up and down the country in previous years.

Using cutting-edge technology, it gives parents the chance to film one of Rudolph’s gang eating from a plate of carrots in your very own living room and it couldn’t be easier to use, but the site is often overloaded in the final hours of Christmas Eve with the amount of people trying to access it, so your best bet is to get things prepared beforehand.

All you’ll need to do is visit the Reindeer Ready website on your phone or tablet, choose ‘Reindeer Ready Live’, and then click ‘Get started’.

It will then access your camera to take a picture of where you would like the hard-working reindeer to appear, before editing in the magical animal to take a bite from a plate of crunchy carrots as the bells on its collar jingle away.

You can even change the side the reindeer enters from to match how they would have entered the house.

It’s worth noting that getting the camera angle right to match where your child left the snacks may take a couple of goes, but remember that the website adds in its own plate of carrots so be sure to move yours out of the shot before you get started.

Once you’ve nailed the perfect shot, you can download the video to your phone to wow the little ones on Christmas morning.

You can visit the Reindeer Ready website to find plenty of other options – including Christmas themed activity sheets, audiobooks and a reindeer game – here.