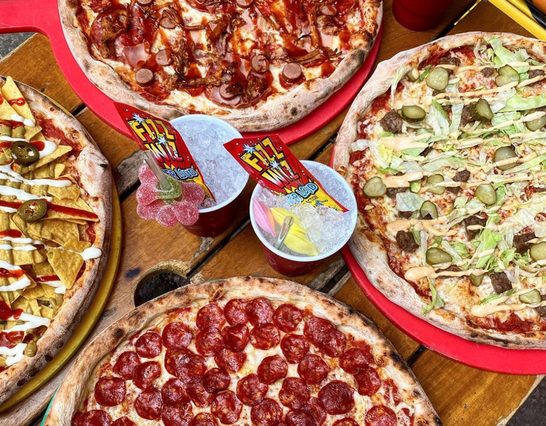 The beloved independent eatery is raising the bar when it comes to bottomless ‘brunches’ in the city.

With two city centre locations on Bridge Street and in the Northern Quarter, Crazy Pedro’s is most famous for it’s uniquely-topped pizzas and frozen margs, making it a cult-favourite drinking and dining hangout in Manchester for many years now, and with deals as good as this one on offer, it’s really not hard to see why people love it, is it?

It’s a real staple on the Manchester food scene.

Crazy Pedro’s took to its social media platforms last night to unveil all the need-to-know details about its new weekly bottomless pizza and booze party.

When you book your slot between 11am – 1pm on Saturdays and Sundays only, you’ll get 90 minutes of unlimited slices of pizza, beer, Prosecco and Frozen Margs too.

Is your mouth watering already from just reading that?

All of that can be yours to tuck into for just £25 per person too.

To make the most of this deal and get your 90-minute slot booked in, you can call Crazy Pedro’s on 0161 359 3000 and select which Manchester venue you wish, or just email [email protected] and enquire about availability.

More information and menus can be found via the Crazy Pedro’s website here.