There'll be tournaments, competitions, and some cracking prizes up for grabs at Pong & Puck's Hooch Weekend Takeover. 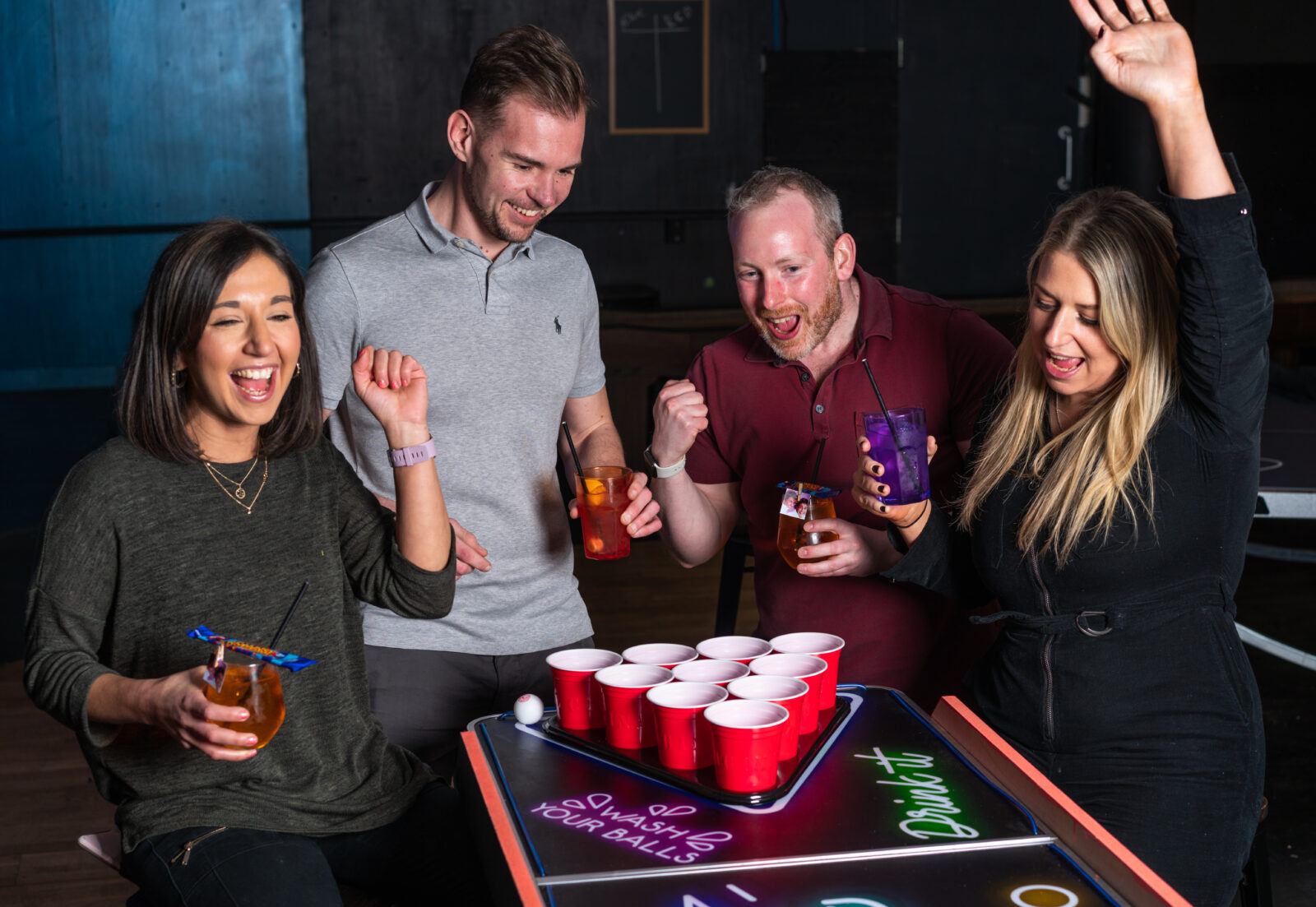 One of Manchester‘s newest retro games bars has teamed up with Hooch throw a 90s-themed weekend this summer.

There’ll be tournaments, competitions, and some cracking prizes up for grabs.

Pong & Puck – which opened doors inside the Great Northern Warehouse back in March, and has already become one of the go-to places to play shuffleboard, table tennis, and more in the city – has decided to take the classic drinking game of beer pong and give it a Hooch spin to celebrate the summer.

The retro venue is inviting people to “drink, play and party” at its Hooch Takeover Weekend next Friday 12 – Sunday 14 August.

Kicking the weekend off with a Hooch Pong tournament from 5-9pm, players can pair up to try and win one of three “zingy” prizes.

Three cans of Hooch and a free booking of Hooch pong will be up for grabs for those in third place.

If fruity tipples are your thing, but you don’t fancy unleashing your competitive side, then luckily, you can also get cans of Hooch for just £8 all weekend at Pong & Puck, and there’ll even be a £100 bar tab up for grabs too.

And if all of that wasn’t enough as it is, you can expect there to be a throwback soundtrack of guilty pleasure tunes all weekend.

Pong & Punk also runs bottomless brunches on both Saturdays and Sundays from 12-2pm, and even on Wednesdays too from 5-7:30pm – with group games, pizza, unlimited drinks, and prosecco pong.

All bookings can be made online here.