By The Manc
Aidan O'Rourke 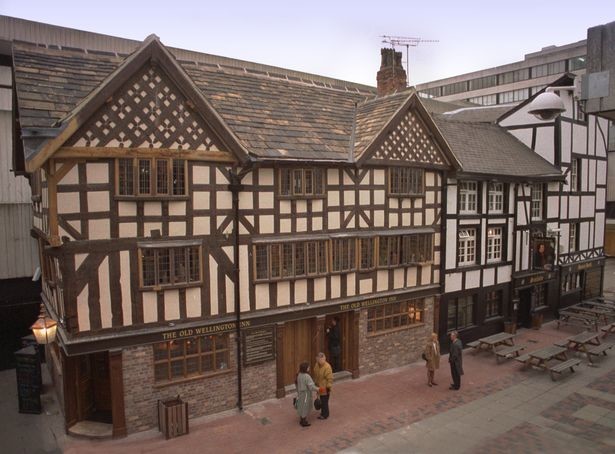 For the majority of people, the most interesting thing about Sinclair's Oyster Bar is the price of its Taddy lager and the beer garden you can sup them in. But the legendary black and white bar has an incredible history.

The building, which currently sits in Shambles Square, perfectly personifies Manchester in that it is one tough b*stard.

Both pubs in their original location before the IRA bomb 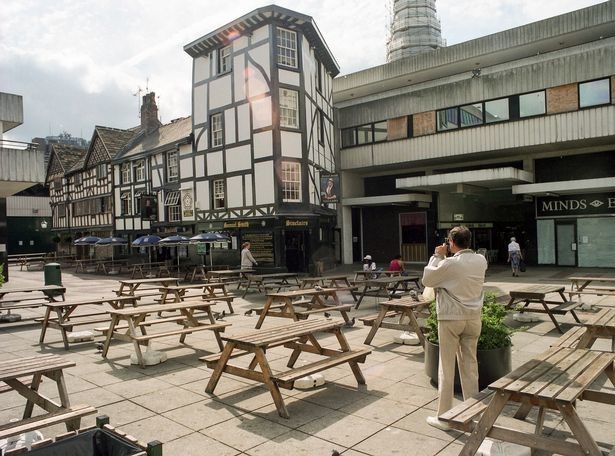 In the weeks following the 1996 bombing of Manchester by the IRA, in which both buildings survived, there were some radical plans to regenerate the city centre.

One plan being the most radical, which involved the relocation of the two remaining and only medieval pubs in the city centre, piece by piece, by architect and civil engineer duo Ian Simpson and Martin Stockley.

The result of this saw Sinclair's Oyster Bar and the Old Wellington picked up, turned 180 degrees, and moved 300 metres northwards to their present location, where they were nestled nicely behind Manchester cathedral.

Both pubs undergoing construction work in preparation for the relocation 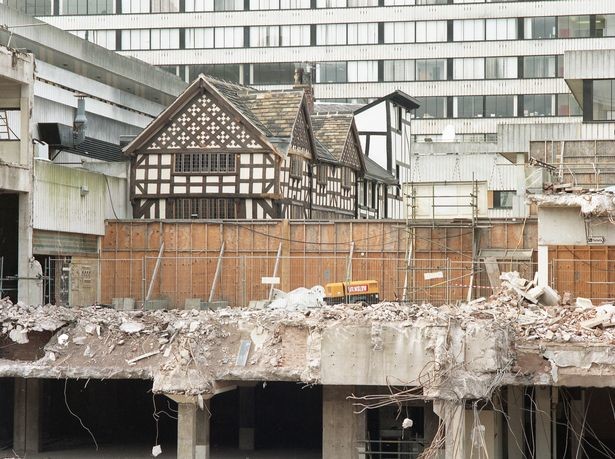 The decision to do this caused outrage in the community, with plenty of people seeing them as an eyesore at the time and simply calling for them to be knocked down. However, the rebuild panel disagreed.

The reasoning behind the move was simple. They were not in a location that suited them, and were surrounded by "an ugly urban plaza" that did them no credit.

The Old Wellington is the city centre's only surviving Tudor building and is the oldest building of its kind in Manchester. It was built in 1552 next to market square - which is now Market Street - in what was known as the Shambles.

Oyster bar as we know it today 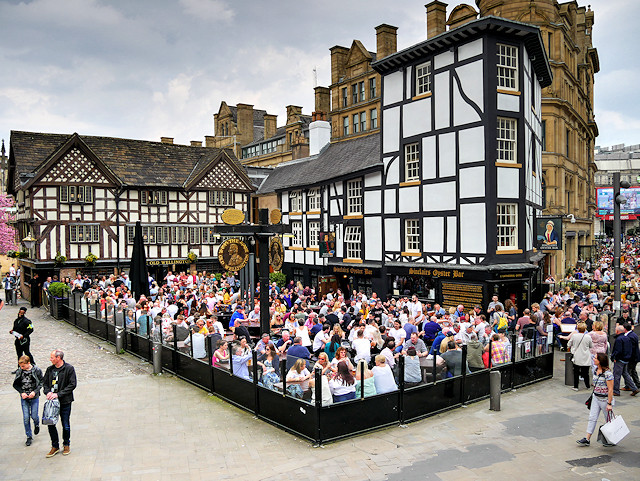 Both the Old Wellington and Sinclair’s Oyster Bar were designated Grade II listed buildings in 1952, so this meant the job wasn't an easy one.

The moving of both inns needed a whole range of permissions not only from necessary government officials, but from the cathedral too, whom were given the power to allow or disallow the placing of the two pubs on their religious land.

It took two years and a huge list of hurdles to jump over, to finally rebuild and place the buildings in their new home, where they are to this day incredibly popular spots for both Mancunians and visitors to the city.