The WWI hero who climbed Everest alone: How a Chorlton writer wrote one of the best books of the year

Maurice Wilson aimed to fly to Everest in a Gipsy Moth in 1934 and then climb the rest of the way; becoming the first person to reach its summit alone.

The man was a hero.

He’d served as a pilot in the navy during the seventies, and upon retirement, he whisked his young family up to Aberdeen so he could continue flying helicopters commercially.

It was during a routine training session that the engine failed and caught fire.

Caesar Snr guided the helicopter to the ground against the odds. But upon impact, the fuel tanks exploded, killing him and the trainee passenger.

The tragedy should have been enough to scare a young Ed away from flying for life.

Yet, here he was, thirty years later, sat at the stick of a hundred-year-old Gipsy Moth aeroplane – three-thousand feet in the air above Dorset.

It was a wonderful and terrifying experience.

The vehicle appeared to be made of canvas, wood, a few bits of metal and little else – powered by the kind of engine you’d expect to find inside a lawnmower.

The reverberations were so intense it felt like pieces of the plane could just flake away at any given moment, disintegrating in the middle of the sky.

After cosying up to clouds for several minutes, Ed touched back down unscathed (which he owed to his “terrific” instructor). But the deafening rattle of the flight stayed with him; the vibrations pulsing through his body for the rest of the day.

On paper, it seems puzzling. Why would any person attempt to fly a century-old aircraft with no experience? Let alone someone who was all-too-familiar with what can go wrong?

But by this point, Ed was in too deep.

The author had fallen head over heels for one of history’s forgotten figures – a WWI veteran named Maurice Wilson who wanted to fly from England to India in a Gipsy Moth and climb Everest; hoping to become the first person to reach its summit alone.

Short of actually going up the mountain himself, Ed was devoted to doing all the detective work necessary to tell Wilson’s story. No matter how dangerous – or personally moving – that might be.

Wilson had a fascinating tale. And Ed wanted to get it right. Even if that included taking flight himself.

Long before he’d bravely clambered into the cabin of the Moth, Ed had deduced that the wider world should know the real Maurice Wilson.

The man was a Rubik’s Cube – courageous, mad, infuriating and admirable all at once.

In his younger days, Wilson had fought with astonishing bravery on the frontline in Flanders during the war; standing strong as his friends fell to their deaths around him.

He made it out alive with the Military Cross for his heroic efforts (as Ed notes, the average lifespan of a second lieutenant in WWI was just six weeks), but he was unfairly denied a pension.

Despite his valour, Wilson also had a callous side.

He married multiple times after the war and treated each wife worse than the last, “leaving behind a trail of broken hearts” as he travelled the world searching for his purpose.

He even managed to fall in love with his close friend’s spouse along the way.

But it wasn’t until Wilson picked up the newspaper in a Freiburg cafe one afternoon that he settled on an ambitious and stupefying idea.

He would crash land a Gipsy Moth on the slopes of Everest and climb to the top himself – disguising himself as a Tibetan priest to get past authority figures who would have recognised his Western features and halted his ascent.

It was frankly mad. Wilson had no experience, no knowhow, no resources. Yet, he was utterly convinced he could do it.

Standing at the base of the mountain looking up, Wilson could already see the newspapers that awaited him on his return.

“In five weeks, the world will be on fire,” he wrote in his diary, anticipating the headlines on the horizon.

Before Everest, Wilson had “hardly climbed anything more challenging than a flight of stairs”. Nor had he scaled any further than the footnotes of history.

But Ed’s new book – The Moth and The Mountain – conclusively changes that.

The Chorlton writer gives Wilson’s chronicle a fresh lease of life (having been at real risk of being buried forever in the annals of history).

It’s equal parts breathtaking and baffling – having already been picked as the NY Times’, Amazon’s, and The Observer’s best-reviewed books of the month.

The official release date for The Moth and The Mountain is November 12. But it’s been in the making for almost a decade.

“I’ve lived with Wilson for a long time,” Ed chuckles.

“At times he’s infuriating. He’d talk too much. He was definitely a bad husband.

“But I am filled with admiration for his courage and I sympathise with his feelings to redeem himself. It’s a human response to trauma and things going wrong.

“He didn’t get what he deserved after WWI. He was a guy from Bradford, and in the people who refused to give him his army pension, he saw the same class of people who were trying to stop him from climbing Everest.

“He wanted to get one over on them.”

Wilson is by no means the first person to use rejection as a motivational tool. The ‘I’ll show them’ mindset has spurned on many a man to get what he was told he could never have.

But none of these figures ever tried to prove their doubters wrong by flying 4,000 miles and then climbing 8,848 metres into the sky.

The whole thing looked suicidal. Was Wilson crazy? Or brave beyond belief?

“In all famous explorers, there’s a balance between madness and a refusal to be beaten,” the author explains.

“I think it perhaps tipped towards madness in Wilson’s case. He was just so poorly prepared for what he was about to do.

“Any rational person would look and say he wouldn’t be able to do it. But [Wilson] sees it as something he can do. His mind says ‘just keep on going’.

“He needs Everest for reasons I don’t think he even understands.”

The Moth and The Mountain sees Ed – a journalist by trade – venture into non-fiction writing for the second time in his career.

His first book, Two Hours, was a deep dive into the endurance-pushing, limit-smashing, sweat-soused world of marathon runners and their obsession with defeating records and setting new ones.

Wilson was also one of these people, in his own way.

“I was interested in Wilson for a lot of reasons – but it’s definitely connected to that idea of people trying to achieve the impossible,” Ed says.

Nonetheless, researching The Moth And The Mountain was a very different experience.

Very few people who knew Wilson were still alive, and to get to the truth, Ed had to pore through archives, venture overseas, reach out to long-lost relatives, visit memorials, recover old diaries, and source ancient letters.

And, of course, he arranged to fly in a Gipsy Moth – just like his protagonist.

Completing The Moth and The Mountain was an expedition in itself. But if it gives Wilson some deserved spotlight, Ed believes it will have been worth it.

“I hope this has corrected the record but also told a thrilling and fascinating story most people won’t have heard of… and it comes across like the person who wrote it has really done their homework.”

Perhaps the greatest achievement of The Moth and The Mountain is how it saves Maurice Wilson from being doomed to a ‘crank’ reputation he was seemingly destined for.

History had written him off as a disaster.

But after getting to know his subject, Ed feels like he partly understands why Wilson did what he felt he had to do.

“Sometimes, you need a massive gesture and a big adventure to sweep away damage in your life,” Ed tells us.

Perhaps this thought was going through the author’s mind when he clambered into the cockpit of the Gipsy Moth.

In that seat, Ed Caesar was as close to Wilson – and his father – as he’d ever been.

The Moth and The Mountain puts it all on the page. And it’s riveting.

You can purchase a copy of The Moth And The Mountain online here.

You can also find out more about Ed Caesar’s work on his website. 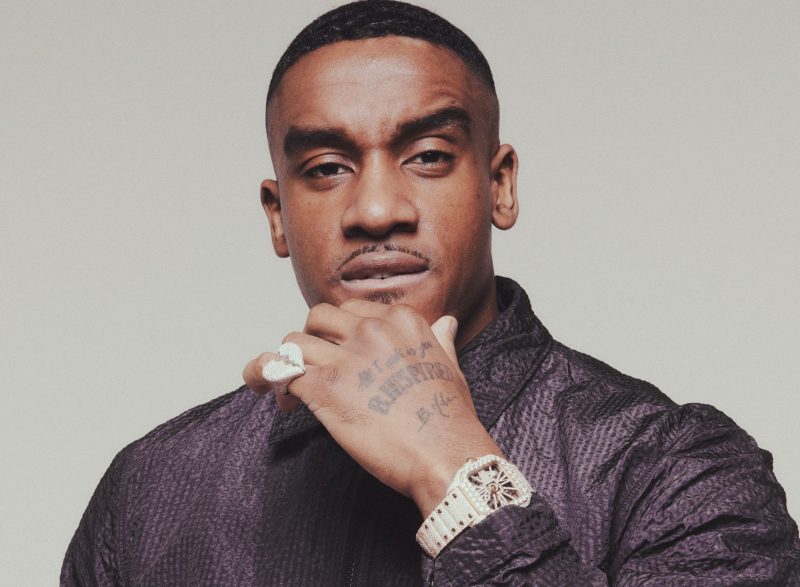 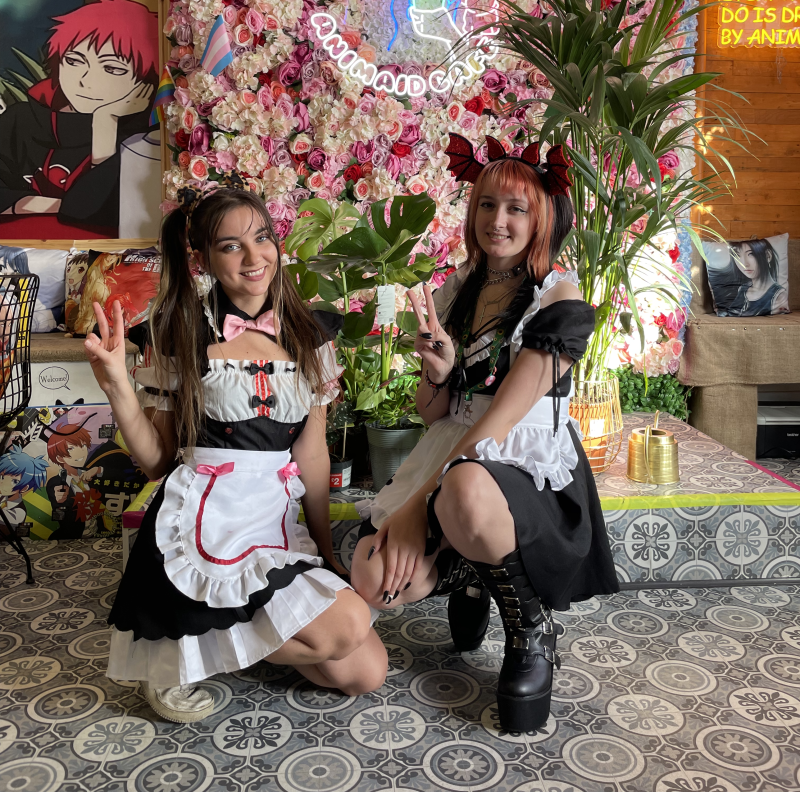 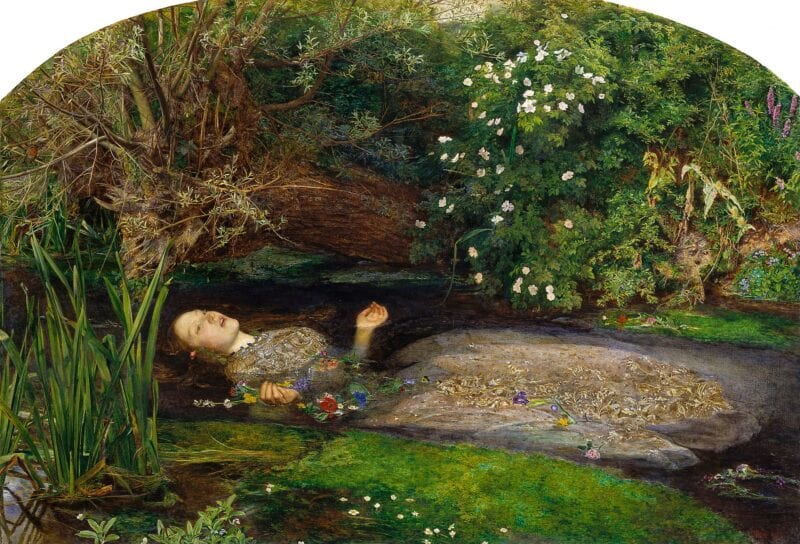 Manchester Ophelia: The frozen woman found in the River Irwell over 200 years ago

On a freezing February morning in Pendlebury in 1814, a frozen woman appeared on the banks of the River Irwell.
byThe Manc