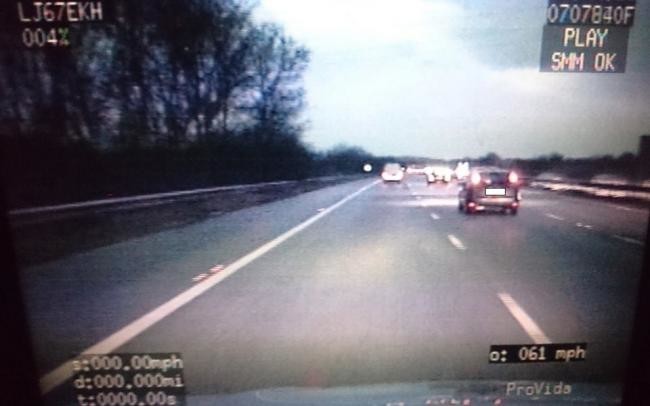 One p**** off road user has had enough of middle lane hoggers on the M6 and has taken action into their own hands.

As a result, road users have been spotting some pretty direct graffiti scrawled across a number of bridges on the M6 between Preston and Lancaster this week. 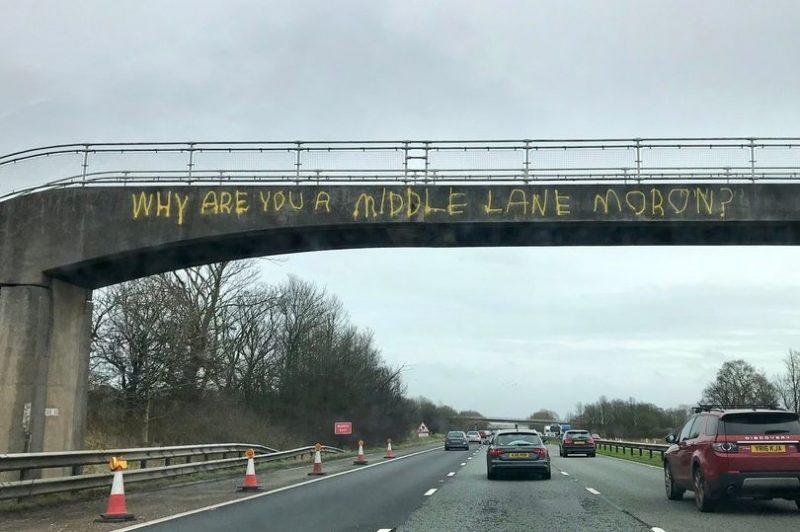 One of the messages reads: "Keep left unless overtaking," while another says: "Why are you a middle lane moron?"

The photos were originally posted on Twitter by user Quark McMalus, who wrote: "Some very middle-aged (but pertinent) graffiti on the M6."

Some very middle-aged (but pertinent) graffiti on the M6. pic.twitter.com/NBw9EoO48h

For those who are confused by middle lane hogging and the rules of the motorway, the Highway Code states that: "You should always drive in the left-hand lane when the road ahead is clear.

"If you are overtaking a number of slow-moving vehicles, you should return to the left-hand lane as soon as you are safely past." 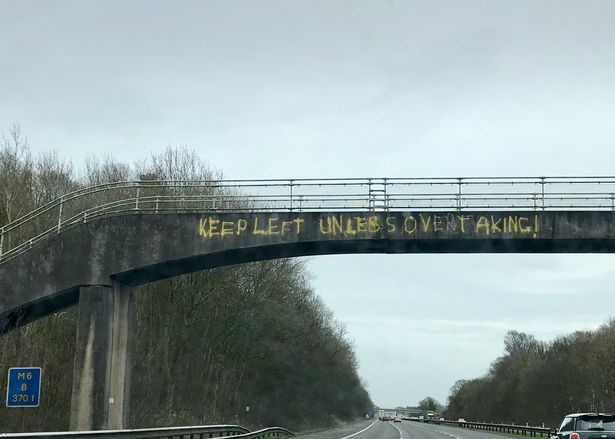 However, you will be surprised at how many people are actually aware of this offence, and it's rare to travel on a stretch of motorway in the UK without passing these oblivious road users.

The penalty for excessive middle lane use can be as harsh as a fixed penalty notice (£100 fine and three penalty points) for careless driving and motorway police are not scared of handing these out – as an organised, clear motorway is essential for them to get to accidents.

Moral of the story? Don't be a moron, and keep left.

There’s a huge disco happening in this Tesco in Salford