As if he doesn't have enough awards, here's another. Mind you, something tells us this one will be the most special to him. 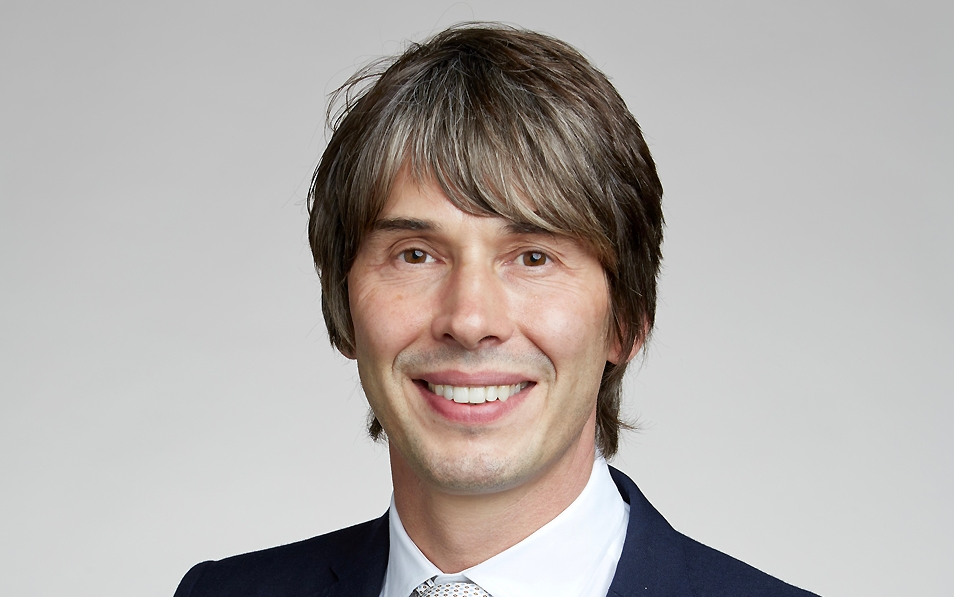 You could see his distinct and unshakeable smile from space and recognise that softly-spoken voice anywhere. September’s Manc of the Month is none of other than Oldham’s very own Brian Cox.

The world-renowned physicist is the proud holder of an MBE and an acclaimed member of the Royal Society Fellowship whose fascinating but accessible work in science and particle physics, specifically, has seen him become a beloved TV personality and pop-culture icon.

He’s been a familiar face on our TV screens for over a decade now. From Wonders of the Universe and Wonders of Life to Forces of Nature, Stargazing Live and more, Brian Cox has helped bring the world of science to millions watching at home.

His TV appearances aren’t just limited to documentaries though. He’s been on everything from late-night talk shows and Dr Who to becoming one of the very few Brits to appear on the controversial Joe Rogan’s podcast. He truly is the Carl Sagan of the 21st century.

The 54-year-old might share his name with another familiar TV face, but there’s no mistaking his quiet yet captivating ruminations for anyone else. Have you ever ever heard him explain time?

Speaking of podcasts, his award-winning show, The Infinite Monkey Cage Podcast – co-hosted by comedian Robin Ince – is now into its 24th series and has become one of the most successful audio series not just in the UK but on podcast platforms across the globe.

The informative but entertaining concept has become a live show and has featured special guests such as astronomy colleague Neil deGrasse Tyson, Sarah Pascoe, Eric Idle and many, many more.

Though many people will have seen his face on the box or heard him on the radio in the past decade or so, there are plenty that are still unaware he has been on the airwaves long before he was the science guy.

Yes, that’s right, before he was Britain’s favourite brainbox, Mr Brian Cox was a rather successful musician in not one but two bands throughout the mid to late 80s and well into the 90s.

First came Dare, a rock band formed in his native town of Oldham by former Thin Lizzy keyboardist, Darren Wharton; they went on to record two albums during his time in the band. Look out for the guy in the back.

Beginning his studies shortly after, he then took another run at music fame by joining pop-rock and dance outfit D:Ream in 1993. Having contributed on two albums, the group eventually disbanded in 1997 playing with them until 1997 and he began his journey to becoming an instantly recognisable pop physicist.

Cox had already secured a first in physics from his alma mater back in 1995 and in 1998, not long after leaving the music biz, he got his PhD in High Energy Particle Physics for his work at the Hadron Elektron Ring Anlage (HERA) in Hamburg.

An academic through and through

All that being said, his various entertainment exploits have never stopped him from making a direct impact on the world of academia, as he remains a Professor of Particle Physics in the School of Physics and Astronomy at the University of Manchester, running courses every year.

During the pandemic, specifically, he also did his part to keep students, kids and those stuck at home in general engaged with his Lockdown Learning and Lecture series. Very cool and very digestible; we might be back to walking free and learning normally but they’re still well worth giving a watch.

Just a year before he was made a lecturer at UoM in 2005, Brian even had the privilege of working on the Large Hadron Collider at CERN in Switzerland (you know, the Big Bang machine), acting as a senior physicist and co-spokesperson for a key research and development project between 2004 and 2009.

He played an important role in the ATLAS experiment which is still running and investigating everything from the Higgs Boson particle discovered in 2012, to dark matter and even alternate dimensions. In case it wasn’t abundantly clear at this point, the bloke is very smart.

In fact, Cox’s influence on the UK’s intellectual reputation across the globe and efforts to improve interest in subjects like physics is so strong that in 2016, he was recognised by the Royal Society and named the Professor for Public Engagement in Science.

It’s not an exaggeration when we say Brian has already done a lot for both UK and global science, especially in helping bring it further into the public eye. But more importantly for us Mancunians, he’s continued to be an active and important presence in the 0161 area.

As well as continuing to lecture hundreds of domestic students at the university that helped launch his career, his international and celebrity appeal draws thousands of applicants from all over the world to the Russell Group institution every year.

Moreover, his ‘Brian Cox: Horizons’ World Tour – which expands on his intellectual, highly entertaining and often comedic lecture format with an immersive audio-visual experience – came to Manchester earlier this week, much to the delight of his fans.

Taking the stage in front of thousands of people at massive arenas like the AO, he and podcast partner Ince dive deeper into astronomy and cosmology in a way that brings you closer to some of the most mind-boggling concepts in the universe.

Better still, even amidst a world tour, he somehow managed to find the time to speak to global news outlets on the biggest news in science, such as the stunning new images captured by the James Webb Space Telescope.

He is a jack of all trades, absolutely everywhere and best of all, he’s been helping put smart Mancs on the map for years now.

It may be long overdue but Brian Cox, you are our Manc of the Month.

We’re talking about Intro, a local family-run clothing store that’s been dressing well-heeled Mancs ever since the nineties.

A fixture in the city centre for two generations, it was initially opened by the late Irvin Grant in 1990 on St Ann’s Square under the name Zico.

Named after the famous 80s Brazilian footballer Arthur Antunes Coimbra, better known as Zico, the store became something of a go-to in the eighties and early nineties for fashionable gents – until the bomb hit it, anyway.

Fortunately, Irvin had already opened a second store, Intro, with the same philosophy six years earlier. This meant that when disaster struck his sought after collections of exclusive, premium menswear were able to relocate to Intro, which remains in the same spot today.

Sadly Irvin passed away from cancer earlier this year, so now the family legacy is being carried on by his son, Oliver Grant.

Oliver tells us: “Basically dad originally started from my grandma. My grandma owned a leather company in Portugal, she had a factory, making leather shoes and jackets, and my dad learnt everything from [her].

“My dad Irvin opened up a shop in the seventies called Just In Fashion, men’s fashion, all menswear, with his mum, my grandma, Joan.

“In the eighties, he opened his own store called Zico, and Zico was famous from the Brazilian footballer, a famous 80s footballer, anyway he opened the shop and it was a big hit.

“A lot of people from Manchester from the older generation all know Zico from the eighties. Always the same philosophy: different, funky, exclusive and premium.

“We’re not going to do commercial labels, we’re about being different a bit European […] We do things differently.

“We had two shops at the time, Intro and Zico, and 1996 when the bomb went off Zico got hit hard and it affected business so Zico was written off, so that was the end of that in 96. But Intro continued, yeah. and like I say 1990 established and hopefully we’ll continue.”

Today you’ll find Intro on Deansgate inside the Barton Arcade. Thirty-two years on, it’s still going strong and stocking some of the most sought-after luxury menswear brands on the market.

Inside, you’ll find clothing and accessories from Manchester’s own Off The Rails, Transit, Kangol, Cote & Ciel, Anthony Morato and many, many more.

As well as having a physical shop on Deansgate, Intro also has an online store where shoppers can browse at leisure online. To find out more and visit Intro’s website, click here. 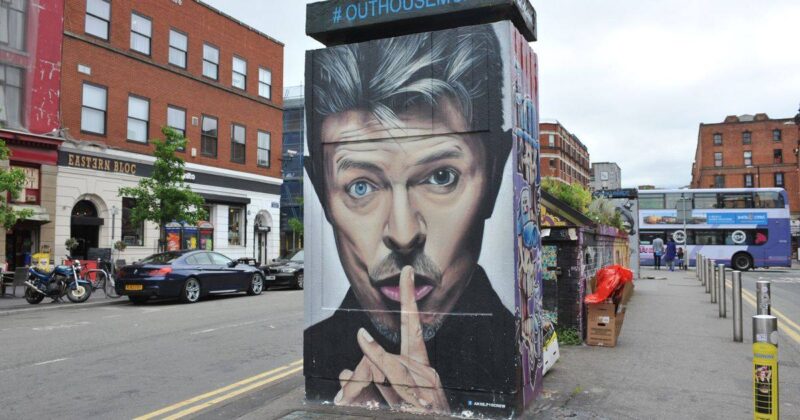 The best gigs, club nights and event tickets in Manchester this September 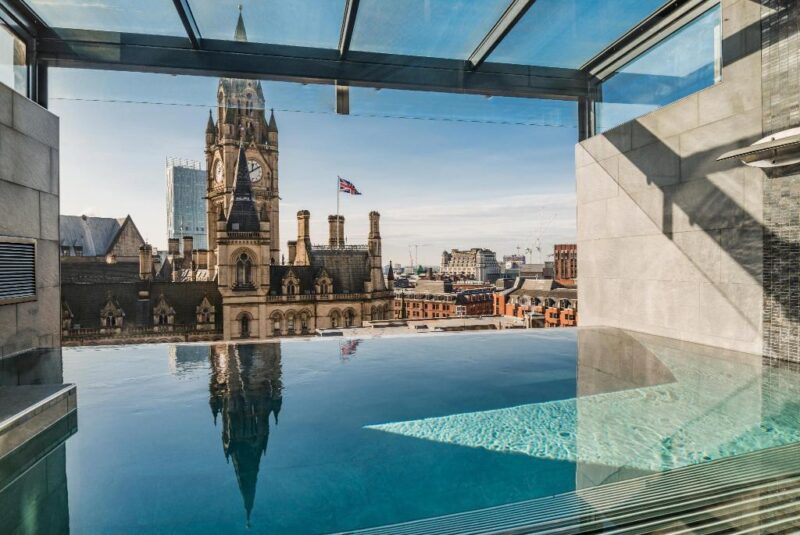 The best, biggest and boujiest hotels in Manchester city centre 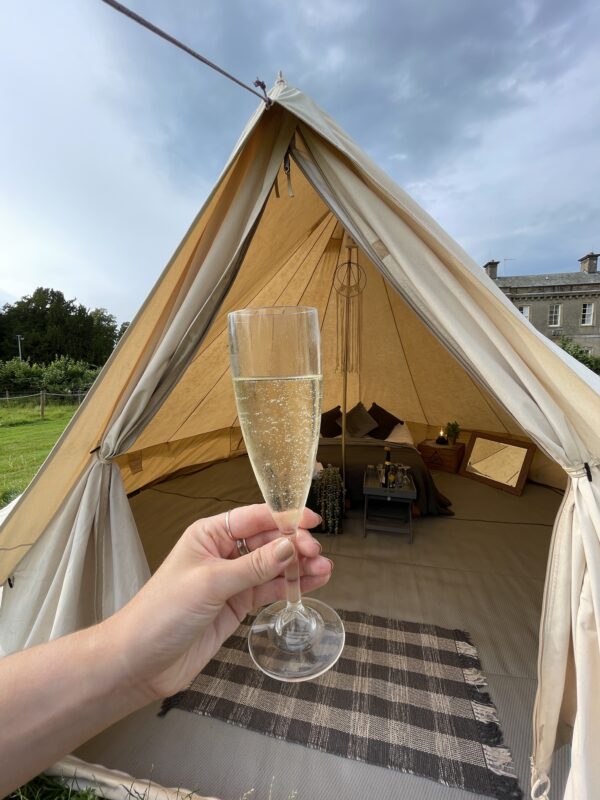