Ronaldo's legacy is well and truly out the window. 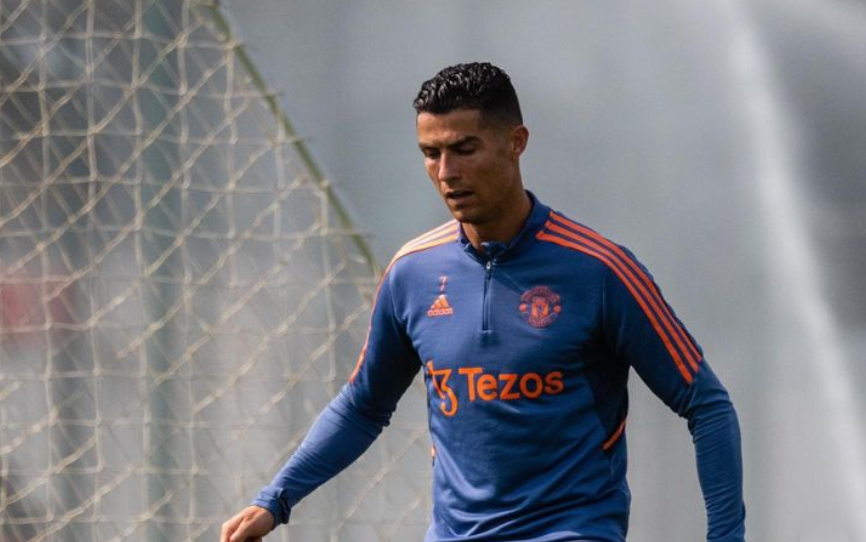 Manchester United are reportedly preparing to terminate Cristiano Ronaldo’s contract and file a lawsuit against him following his incendiary Piers Morgan interview.

The 37-year-old’s explosive sit down with Morgan saw him level a number of allegations at United and their owners, accusing of them having a lack of empathy following the death of his newborn son and young daughter’s illness shortly after, as well as trying to push him out of the club.

Now, according to outlets like The Guardian and Manchester Evening News, the sporting superstar is not only expected to be sacked but also sued for breach of contract as a result of his various claims.

Since the now infamous interview, Ronaldo’s image has been stripped from the front of Old Trafford and the club has already revealed that they have now initiated “appropriate steps”. While the details are yet to be confirmed, we all know this is only ending one way.

Although the Portuguese footballing icon is currently away with his national side ahead of the 2022 World Cup, which kicks off on Sunday 20 November, it is understood that he has been instructed not to return to the club’s Carrington training complex and will not play in red again after the tournament.

United are said to have lawyered up and are now ready to sue Ronaldo with the aim of seeking a “swift resolution” to the torrid situation that has sprung from returning to the side which launched his illustrious career.

The club have insisted they will not be commenting further on the matter until “the process reaches its conclusion”, but already expressed their “extreme disappointment” over his behaviour earlier this week.

Among his various statements including the confession that he has “no respect” for current United coach Erik ten Hag and that the club has seen no progression or real investment in the years following Sir Alex Ferguson’s reign, he also took aim at both present and former teammates.

While CR7 kept names in and around the current dressing room close to his chest, he did take aim at the likes of Wayne Rooney and Gary Neville over their criticism as pundits, insisting they are “not friends”.

The Salford City boss admitted his sadness that things have ended this way but reiterated that he still “admires” the all-time leading club and international goalscorer.

Not many Reds would have dreamt that this fairytale return to the club would end in United suing Ronaldo, but here we are. Still, after numerous tantrums like refusing to come on against Spurs and leaving the ground early — twice — we imagine many fans will just be happy to see the saga done with.

So much for ‘Viva Ronaldo’.