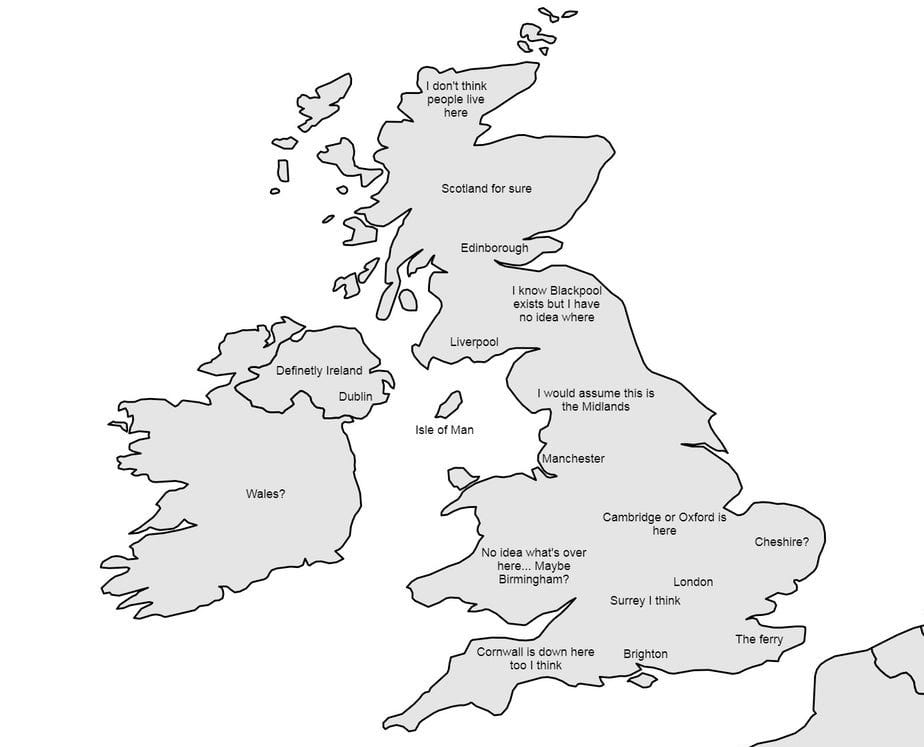 The actions of an American have caused outrage among Brits on social media this week.

Sound familiar? Well it’s probably not a shock at this point, as within just the past year alone, the British corner of the internet has erupted when Americans had a few choice words to say about our classic fry-up breakfasts – and even tried to recreate their own – and then over on Reddit, Americans just couldn’t seem to believe their eyes when they discovered what British “face meats” were – also known as Billy Bear Ham to us.

That outrage is a two way street though.

We can’t go forgetting the American mother-daughter TikTok duo that caused havoc last summer with their “hot tea / British tea” and “beans on toast” recipes, can we?

So, what have Americans done to rile up Brits this time then?

Back over on popular social media forum Reddit, a Seattle-based resident has seemingly ignited fury, frustration and no shortage of laughs by sharing proof of his geographically-challenged wife’s attempt at labelling a number of locations around the UK and Ireland, with the names of cities, regions and entire countries all mixed up.

Reddit user @adms13 posted a diagram of the British Isles to the popular sub-Reddit forum CasualUK on Tuesday evening, explaining: “I asked my wife to fill in a map of the UK (we’re both American)”.

“Her extent of UK knowledge comes from watching Top Gear with me at night.” he admitted.

You can tell as well.

While she has gotten a few locations right in her reimagining of the UK, by managing to accurately identify London, Surrey, Cornwall, the Isle of Man, and most importantly to us Mancunians, Manchester, the rest all went downhill from there.

In some of the more shocking changes, Cheshire was found all the way down to the south-east coast, Canterbury was mysteriously renamed “the ferry”, the Midlands were moved some way up the country towards the border with Scotland, Liverpool was placed where Dumfries is, and Dublin was located in Northern Ireland – which, she clarified, was “definitely Ireland”.

“I don’t think people live here,” she wrote over the Scottish Highlands.

But possibly the most hilarious error of them all was her labelling of the entire nation of Ireland with “Wales?” and the real Wales being left off the map entirely, with “No idea what’s over here… maybe Birmingham?” scrawled over the top of it.

“Is it possible to upset everyone at once?” one user responded, while another said: “Well this is horrifying” and a third commented: “I don’t get how someone knows seven cities in the UK and their location (roundabouts), but not Wales and Ireland”.

A Belfast-based user said the map made them “apoplectic with rage”.

Not everyone was out to critique though, with some commenters applauding her efforts saying it was “almost great for an American attempt” given the stereotype that Americans are oblivious to the world outside the USA, and other Brits admitting they’d also struggle to label all 50 states if the tables were turned.