The spooky season is right around the corner, and the October events calendar is filling up.

The October events calendar is really filling up now.

The temperatures may be dropping by the day, but there’s still plenty happening in our region at the moment – especially as the spookiest time of year is just around the corner – so we’ve put together a fresh edition of our ‘what’s on’ guide for the city of Manchester and beyond this week, and we’ve cherry-picked a few of the best bits you could be getting up to.

Some of the events we’re going to mention here are completely free, others will set you back a few pounds, and many will need to be booked in advance.

Plenty are still taking COVID-safety measures to give you peace of mind though.

Here are our top picks.

It was the sell-out success of 2020 – and now the immersive drive-in cinema experience ScareCity has returned to Manchester for the month.

With Halloween only a matter of weeks away, the much-loved drive-in cinema phenomenon that took 2020 by storm in the midst of COVID-19 restrictions and lockdowns is back in Greater Manchester.

ScareCity 2.0 has taken over a brand-new location at the Soccer Dome in Stretford until 31 October to bring entertainment safely to guests in their own cars from the biggest screen in the UK, and it’s set to be packed with surprises and delights as visitors are guided through the haunting drive-in tunnel before parking up to watch a film.

Live actors lurking in the shadows and unexpected surprises throughout will make for a truly hair-raising experience.

You can find more information, and book tickets here.

Manchester is famous for many thing.

The city has given the world so much – but above all, it’s known for its musical roots, having set countless iconic bands on their road to success and most-notably inspiring the creation of the iconic Factory Records and the ‘Madchester’ scene that followed.

So, with thousands of students having recently arrived in Manchester for university, and in honour of the popular Use Hearing Protection: The early years of Factory Records exhibition that’s currently celebrating the lesser-known stories of one of the city’s most influential record labels the Science and Industry Museum has picked out a 10 landmarks in the region with connections to some of the most famous musical icons that every music lover should visit.

There’s 10 iconic landmarks across the region to visit.

You can find more about the landmarks of Music Lovers Tour of Greater Manchester here.

Totally Gruesome was a big hit with families last year, and this year looks to be no different.

From the team behind the super-popular Totally Roarsome – which you may remember as one of Greater Manchester’s most raved-about “socially-distanced outdoor adventures” – Totally Gruesome is a series of Halloween-themed mini escape rooms tailored towards primary school-aged children, and it’s returning to Greater Manchester this year and setting up shop in Walkden town centre.

There’ll be a total of 10 themed rooms to have a crack at, including ‘Gru’s House’, ‘Pumpkin Party’, ‘Shark Attack’, ‘Dino Domain’, ‘Ghost Ship’, and many more.

Tickets are priced at £7.95 per person, and you can find more information here.

A jam-packed lineup of “arts, culture, and music” is happening at Escape to Freight Island this month.

Entertainment will include the launch of a music and cultural film night, along with parties from the likes of Bugged Out, and La Discothèque.

There’s a new Tuesday night partnership from The Comedy Store starting in September, whilst The Untold Orchestra will also be in The Ticket Hall playing music by artists such as Amy Winehouse, Prince, Paul Simon, and Radiohead.

You can find more on what’s happening at Escape to Freight Island this autumn here.

James Bond – Original Land Rover from ‘No Time To Die’

Williams Land Rover will be showcasing one of the original Land Rover Defenders that appear in the new James Bond movie, No Time to Die.

The renowned dealership will take delivery of the exclusive vehicle – which appears in some of the most iconic scenes in the movie, that is now on show at cinemas right across the UK – and put it on display adjacent to the Trafford Centre up until 22 October.

You can find more information on the exhibition here.

Now that October is here, and the spooky spectacular that is Halloween just a couple of weeks away, LEGOLAND Discovery Centre Manchester is getting into the spirit by giving lego lovers and “little monsters” the chance to get involved with a whole host of themed activities throughout the month.

Brick or Treat has everything to “get you into the Halloween spirit”.

Some of the activities on offer include pumpkin building for the LEGO pumpkin patch, ‘scarevenger’ hunts, the chance to meet and greet character mascots scarecrow and Lord Vampyre and join them for a Halloween dance party, and more.

You can find more information here, and grab tickets here.

Now that October has arrived, people right across the UK are coming together to celebrate Black History Month.

First celebrated in the UK in 1987, Black History Month is an event intended to recognise the contribution and achievements of those with African or Caribbean heritage, and is also an opportunity for people to learn more about the effects of racism and how to challenge negative stereotypes.

Being such a multi-cultural region, Greater Manchester is known for being a place that champions everything Black History Month is about, with a wide range of events happening throughout the month and beyond.

We’ve rounded up just some of the things you could be getting up to here.

SPOOKFEST is a “spooky spectacle of hair-raising horrors”.

Not only will thrill seekers get the chance to try out a scary selection of rides – including a ghost train, escape rooms, hook a pumpkin, and a spooky hay bale maze that are ideal for all the family – but there’ll also be independent food and drink traders serving up some “deliciously devilish dishes”.

Epic Pizza, Old School Dogs, and Cha Cha Chai will all be setting up shop over the festival’s three-week stay outside The Orient.

A special exhibition documenting the formation and early years of the iconic Factory Records is currently on show at Manchester’s Science and Industry Museum.

A group of “brave souls” have been gearing up and training hard in preparation for walking bare foot over 500-degree hot coals this week.

There’s no denying that it won’t be for everyone, but one of Manchester’s longest-running charities, We Love MCR Charity, is holding a unique Manchester Firewalk Challenge in one of the city centre’s most iconic locations at St Peter’s Square this Wednesday – and the Greater Manchester public is invited down to watch it.

Some familiar faces will be taking part, so it’s set to be well worth the watch.

You can find more information about the challenge and sponsor those giving the impossible a run for its money in name of charity here.

The Warehouse Project 2021 season has officially begun at Depot Mayfield.

After the party kicked off with mega stars Megan Thee Stallion, and Nile Rodgers & Chic, a star-studded selection of shows that run right up until New Year’s Day are all set to rock the city – with electronic pioneers Four Tet, DJ EZ, and Jamie XX due to make appearances.

You can find more information about WHP21 here.

An Evening with Shaun Ryder

To celebrate the launch of his new book, Salford born and bred Shaun – who’s one of the UK’s best-loved music and television personalities – will be in conversation with journalist, musician and presenter John Robb at Salford Lads Club this Sunday.

Shaun will be sharing some stories of his childhood growing up in Little Hulton, and as Shaun and host John Robb know each other well, audience members will be treated to the “real inside story” of Shaun’s extraordinary life. He’ll also be chatting to about the making of his new solo album Visits from Future Technology – which is already receiving rave reviews.

There’ll also be a Q&A, with audience members given the chance to ask Shaun a question. 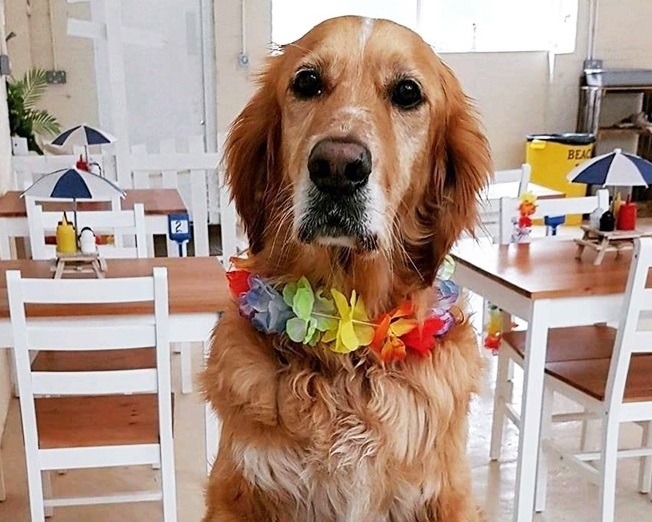 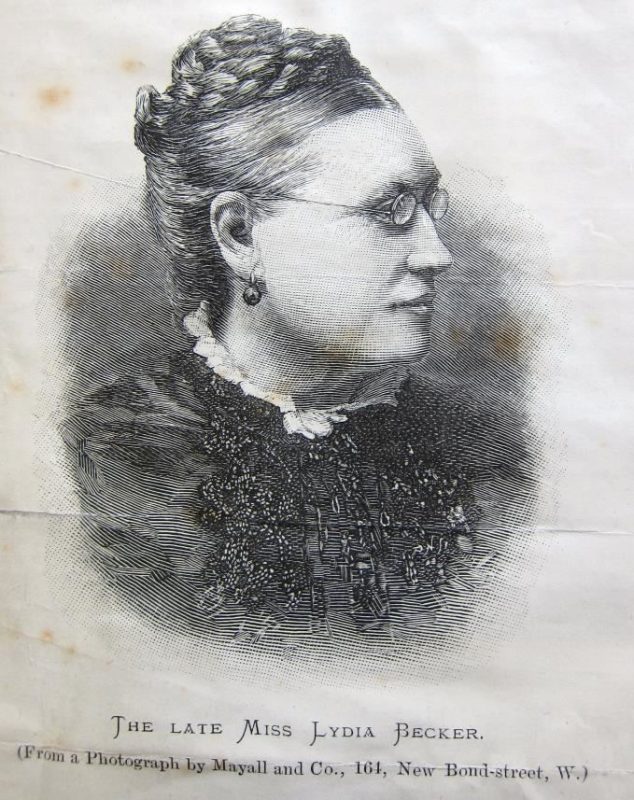 At the forefront of women's suffrage, Lydia was subject to merciless teasing – particularly from politicians and the press.
byGeorgina Pellant 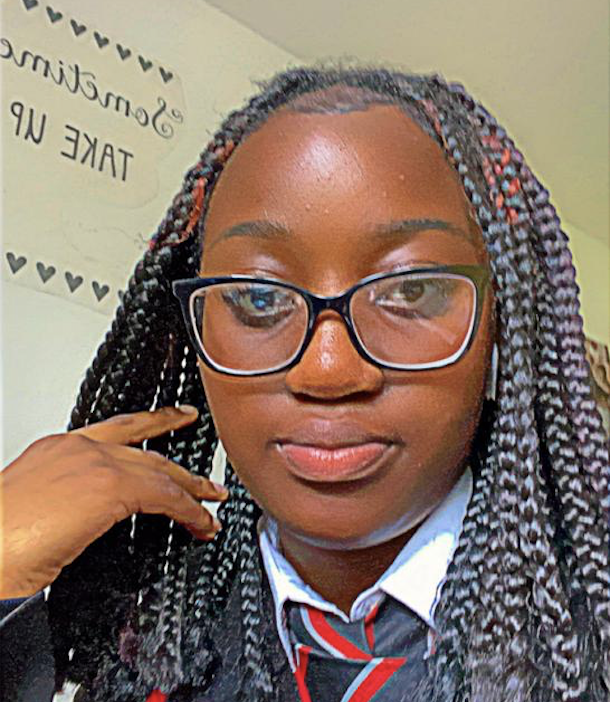